As the broadcast industry moves towards IP for both production and broadcast, Anne Morris investigates some of the security challenges involved in making the shift. 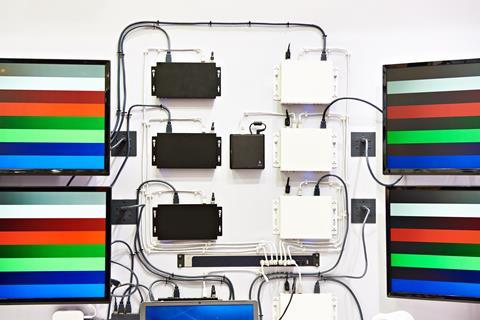 IP: The future for broadcast

Paolo Pescatore, founder of analyst company PP Foresight, said an all-IP broadcast future has been promised for years and is bringing transformative change across the entire value chain from creation, production to delivery and consumption on an ever-increasing number of connected devices.

“All of this means that broadcasters have no choice but to embrace this change. However, it requires a huge cultural shift internally given the move to more agile ways of working. Ultimately, providers have to move to new IP-based workflows and transition to the cloud. In this new software-driven world, security becomes paramount. More so with the arrival of 5G and the prospect of remote production for content, including live sports,” Pescatore said.

In terms of the potential threats facing broadcasters, Pescatore noted that any connected device, as well as content transferred over networks, can be hacked. “Not to mention any data loss in transmission, piracy, as well as illegal access, are some of the other main challenges facing broadcasters moving towards this IP driven world. We are in a golden era of storytelling, with the value of this content increasing. Content must be protected and secure over internal and external networks,” he said.

Internet-based attacks such as Distributed Denial of Service (DDoS) have been a threat in other industries for years, but are now bringing a new level of risk for broadcasters. As Jandu said, “the new world of live IP TV, where much of the world’s media is consumed, means that any attack on availability could result in subscriber retention issues, hit ad revenue, and reduce the chances of future successful bids for rights. There aren’t second chances on live TV.”

Self protection
So what should broadcasters be doing to protect themselves and their content? Pescatore said “first and foremost they should be adhering to numerous standards and recommendations set out by various bodies. In terms of content protection, there are a slew of options around DRM, advanced firewalls and VPNs, water marketing, authentication and blockchain.”

The BBC is one example of a broadcaster that is investing in “building a model for end-to-end broadcasting that frees us from the constraints of existing studio technology”. The BBC IP Studio project also noted in November 2019 that the SMPTE ST 2110 suite of standards “is now widely supported in the industry, with several broadcasters now planning, building and commissioning new facilities”.

However, SMPTE ST 2110 on its own will not be enough. As pointed out by the Advanced Media Workflow Association (AMWA), the standard “specifies how to transport and synchronise video, audio and ancillary data as RTP streams. But it doesn’t cover how to discover or connect the devices that send and receive these streams.” Thus AMWA has produced the Networked Media Open Specifications (NMOS) to tackle these risks.

BBC Research and Development said it is actively engaging with a number of industry bodies concerned with interoperability and security, such as AMWA, the Video Services Forum (VSF), Audio Engineering Society (AES), the European Broadcasting Union (EBU) and the Society of Motion Picture and Television Engineers (SMPTE).

Collaboration is certainly key in protecting IP streams from cyberattacks and other major threats. As pointed out by Akamai, “dealing with these threats isn’t easy. It requires organisations to partner with their security vendors and customers to address the root causes of these attacks.”

A survey carried out by BizTechInsights on behalf of Akamai in 2018 found that the four most frequent breaches in the survey were SQL injections (23%), DNS attacks (21%), content pirating (20%), and DDoS (17%). Worryingly, few media organisations were confident in their security measures. The report noted that media companies will remain vulnerable to attackers until they employ strong security measures across their entire online ecosystem.