Addressing the challenges of live graphics in a multi-platform age

Ensuring that broadcast graphics remain effective and consistent is no small feat in the era of OTT services and Augmented Reality, writes David Davies. 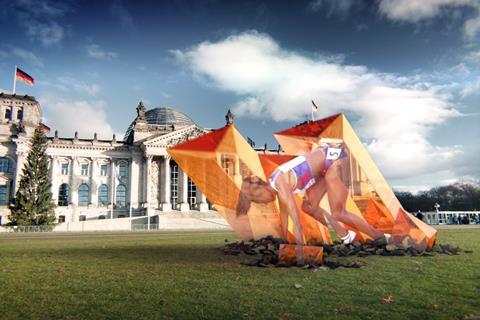 From basic legibility to the selection of the most critical information and on to the role they can play in solidifying an on-screen brand, live graphics has never been a simple undertaking. But with new OTT services continuing to land, and higher resolutions also adding to production complexity, the challenge of delivering graphics consistently and efficiently has lately moved up a notch.

Laurie Beamont is head of graphics at MOOV, which recently marked its 20th year of producing broadcast graphics for clients including the BBC, ITV Racing and BT Sport, among many others.

“With OTT broadcasting becoming more common with the traditional ‘linear’ broadcasters, in addition to the younger streaming services, we have to really consider how graphics are appearing on a number of different devices,” he says.

This can be “particularly challenging as there is really no ‘one size fits all approach’,” continues Beamont. “So compromises have to be made in design and we find it’s often the case that we have to refine font sizes to ensure all outputs are legible. In an ideal world, graphics should be tailored to the device they’re being viewed on, and with developments in object-based broadcasting, there are opportunities for this to happen. Even graphics appearing on an HD feed should be appearing differently on a 4K/UHD feed as the resolution allows them to appear much smaller, and therefore more of the screen real estate can be utilised to offer a more enhanced experience.”

Trends and technologies
No prizes for guessing that Augmented Reality (AR) is fast becoming an integral part of delivering enhanced viewer experiences, especially in sports. Beamont confirms that AR is “increasingly prevalent across a whole array of sports, and every project we’re a part of these days has some sort of AR element to it.”

“With the rendering and tracking technologies coming a long way in the past few years, the quality of output available to clients has opened up a whole new world of possibilities,” he adds. “And with most graphics vendors adopting the Unreal Engine [real-time 3D content creation platform] within their workflows, we’re currently going through a renaissance of augmented, virtual and mixed reality, and we’re finding that more broadcasters are looking to enhance their presentations through using these.”

Invited to consider the items that would head the shopping list for a hypothetical new graphics system acquisition, Beamont cites support for HDR, 4K and NDI, “which are now commonplace across all vendors – but the key thing for me is to have a system that allows minimal development time of new graphics and systems. Graphics development is always resource-heavy and projects can have long lead times, due to factors like volume or intricacies within the templates themselves.”

MOOV itself uses ChyronHego’s PRIME graphics platform, which enables tight integration with design tools including Adobe Photoshop and Autodesk FBX. Ease of importing other file types can “significantly shorten the build process,” says Beamont, “and as projects are collaborative efforts which can often involve third-party design agencies, anything that can help implement their work quickly and accurately is always beneficial.”

MOOV recently invested in 23 new PRIME graphics systems to give the company “enhanced support” for HDR and 4K/UHD workflows. The PRIME platform stacks an array of applications into a single 4K-ready authoring playout solution that can be configured for character generation, production clip playing, or touchscreen and video wall graphics.

In other recent developments for ChyronHego, December marked the availability of CAMIO 4.0, the latest iteration of the company’s MOS-driven graphic asset management system. Enhancements in the new version include the simplification of quality control, greater control over saved items, and streamlined media rendering across linear and non-linear production.

Driving brand differentiation
Ray Thompson, director broadcast and media solutions marketing at Avid, echoes Beamont’s sentiments about the dual-importance of production efficiency and consistency across multiple platforms. Referring to live news graphics, Thompson says that “if a major story breaks, it’s important to have the technology in place to get the story out first and deliver it across multiple channels, all while ensuring the content is compelling and branded correctly to generate positive brand sentiment.” 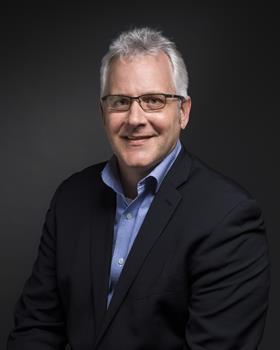 Thompson confirms that AR is now frequently an integral component of generating “compelling and engaging” content. In the case of Avid, AR capabilities can be obtained as part of the Maestro Graphics product suite. “Whether it’s election coverage, traditional news coverage or sports, Maestro delivers real-time AR graphics in UHD and at low latency across multiple channels from a single system,” he says.

“It’s scalable so more channels can be easily added, and with a redundant architecture, it supports SDI and IP configurations. In addition to its own render engine, it also supports the Unreal Engine to give users access to a growing library of AR assets and photorealistic images that can be delivered in real-time.”

As with ChyronHego’s PRIME, there is an emphasis with Maestro on integration with third-party tools. “All Maestro solutions are compatible with a broad range of third-party tools and applications to make importing numerous file formats possible,” says Thompson.

Satisfying the requirements of different platforms while keeping a lid on complexity is also informing R&D at Vizrt, whose Viz Engine 4 graphics engine and video compositing platform has been developed with a focus on “driving the complexity out of production workflows,” says a spokesperson. The latest version of Viz Engine includes features to aid the design, rendering and combination of AR graphics with live video, as well as “deep integration” with third-party vendors. 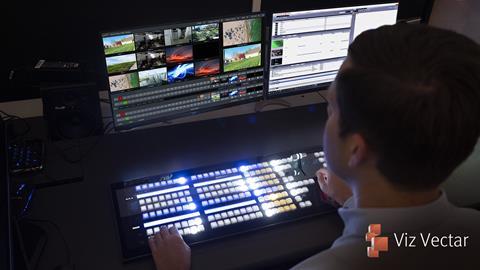 Pushing boundaries
Although MOOV undertakes plenty of work in light entertainment and current affairs programming, it is pretty evident that sports continues to be the most powerful single driver of broadcast graphics innovation. As Beamont notes, “sports such as football, horse racing, cricket and motorsports have such a breadth of statistical, tracking and telemetry data available to them that they’re really able to drill down into the nuances of the sport, allowing the narrative of the event to be more effectively communicated. We’re very fortunate in the UK to have some really innovative broadcasters, suppliers and vendors that are constantly trying to ‘one-up’ each other, which means outputs are never stagnant and are constantly in development.”

A recent project involving Prime Video’s Premier League output illustrates what can be achieved when a willingness to experiment is combined astutely with the right teams and technologies.

“The broadcaster was keen to really push the boundaries of traditional broadcast football graphics while still aiming to retain familiarity. The project had a number of moving parts to it between ourselves and other third-party suppliers, involving new specifications of data being supplied which required us to develop new control systems among other additional workflows.”

Pleasingly, there is also the feeling that a great individual deployment can inform future projects – graphics being the very definition of a technological area that is always evolving. As Beamont concludes, “bringing developments or learnings out of each project allows us to enhance the next one, or to offer [ideas and approaches] to our existing client base to help ensure their graphical outputs are fresh and current.”