With coronavirus devastating the international events industry, festivals such as London Film Festival and Venice have had to develop new ways to preview upcoming films and TV shows. But this has also opened the door to exciting new solutions, such as VR broadcast platforms. 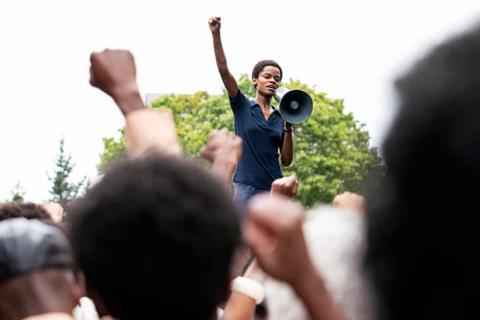 In a normal year, as the autumn cold settles on London, members of the of media and entertainment community from over 50 countries make the UK capital their home, excited for the previews and discussions at the annual London Film Festival.

But as with most global events in 2020, the coronavirus has forced the British Film Institute, which runs LFF, to rethink its approach. The 57-year old festival has embraced new technology such as extended reality (XR) and streaming in ways that should excite broadcasters.

Adapting to the extraordinary challenges of the year, the Festival – running from 7-18 October 2020 - will deliver up to 50 Virtual Festival Premieres in a programme that offers audiences the opportunity to see the best of new cinema from around the world.

The BFI said it will provide the “same texture LFF’s audiences love, including fiction, documentary, animation, artists’ moving image, and restored classics from the world’s archives.” Every film will be presented with an intro or Q&A, and the programme will also include a range of free-to-access additional works and events to include: an international short film programme, Screen Talks with major filmmakers and actors, salons and roundtables and a brand new Virtual Exhibition of XR and Immersive technologies.

BFI London Film Festival director, Tricia Tuttle, said: “Like many other live events around the world, we’ve had to make changes to our plans in response to a global pandemic, factoring in safety concerns and restrictions – some known, some still unclear. But as we have undergone this planning, we have also witnessed historical international protests, an urgent reminder of just how much we need to do to combat racism and inequality.

“This year has also given us an opportunity to think creatively about how we make the Festival more accessible. It was vital to us that we get back to cinemas and are looking forward to working with independent and cultural venues across the UK who are such an essential part of our film ecosystem. The Virtual LFF programmes and these cinema screenings take the Festival out across the UK, giving people opportunities to engage in different ways.

“It’s a pleasure each year to speak with audiences who share the ways filmmakers have made them laugh, think, weep, or shifted their way of seeing. Through several partnerships and platforms, we cannot wait to share many of this year’s extraordinary new films - from around the world, from artists of different backgrounds and with many bold distinctive filmmaking voices.”

Not all of LFF is virtual. It is a time when cinemas are facing more difficulties, not least because of delays to major releases such as the new Bond film No Time to Die and the shift to streaming for releases such as Mulan. The BFI announced part of LFF will take place in cinemas, with plans to offer previews in venues that have reopened across the country, with social distancing measures in place.

The BFI is also working with broadcasters such as the BBC to air some of the LFF previews. This year’s Opening Film will be Mangrove, directed by the multi-award-winning visual artist and filmmaker Steve McQueen, starring Letitia Wright, Shaun Parkes, and Malachi Kirby. The film will receive its European Premiere on Wednesday 7 October and will screen for free to audiences at cinemas in cities across the UK as part of a unique partnership between the LFF, the BBC and selected independent cinemas.

The film is part of Small Axe, a drama anthology which comprises five original films created by McQueen for BBC One. 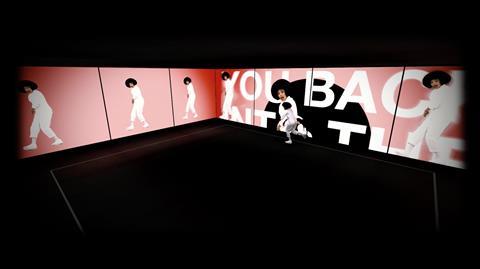 All Kinds of Limbo: A VR immersive experience to be shown to audiences

Going virtual
A key component to this year’s festival – and one that should catch they eye of broadcast, media and entertainment companies worldwide, is the BFI’s deployment of virtual reality (VR), augmented reality (AR) and extended reality (XR) technology.

LFF XR & Immersive programmer Ulrich Schrauth explains to IBC365: “The Expanse is a social VR platform. It runs on tethered headsets and Oculus Quest. It is focused on immersive art forms of all kinds of VR AR mixed reality.”

The original goal, adds Schrauth, was “a little different” with the original showcase set to feature VR and AR content accessible on location. “While the inaugural XR programme for the BFI London Film Festival will look different than what we had originally envisioned…out of necessity sometimes comes innovation and we are hugely excited to present our LFF Expanded plans for 2020.”

Coronavirus meant the team had to shift the full artistic programme into the virtual realm but this “makes it even more accessible for all kinds of audiences and creates new opportunities for creative formats and artistic impression”, he adds.

One part of the LFF Expanded programme this year will see the National Theatre present a new cutting-edge version of its VR immersive experience All Kinds Of Limbo both to audiences at the BFI Southbank and international audiences virtually for the first time. The VR experience, inspired by National Theatre director Rufus Norris’ production of Small Island, uses immersive technologies and a life-size volumetrically captured performance to take audiences on a unique musical journey.

Setting up The Expanse was, in Schrauth’s own words, a very big step. The platform was built in just six weeks, meaning there is a big risk that things [are] going to break. We all know it is going to happen,” he adds.

“You really have to imagine this like a virtual museum,” he explains. “It is sort of a museum visit - you go there, you see outwards, of course you talk to other people. But it is not like playing games together in VR, it’s an artistic experience.”

Capturing audience attention
One of the key demonstrations of the technology is a hybrid virtual live performance that is being broadcast by multi-media artist Theo Triantafyllidis. The piece, which premiered at Sundance, is called Anti-Gone based on the original comic book by Connor Willumsen. 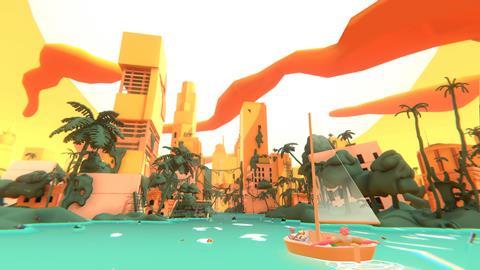 It runs on a game engine with two live performers immersed in the game world and controlling their avatars. In the meantime, three additional performers control the game world (NPCs, weather, traffic, timeline, etc) and play a live music score and sound effects.

“Performing alongside them backstage, a team of game engineers direct and shape the world in real-time, controlling NPCs, weather, traffic, the narrative timeline and playing a live music score and the accompanying sound effects. Additionally, there is audience participation, in the form of a YouTube chat, where the online audience will have the opportunity to directly interact with the performers.”

The live stream broadcast will take place remotely and simultaneously in Los Angeles and Rome.

Schrauth explains the significance of this kind of broadcast: “It’s a very new art form that we are showcasing is the first year that we actually including immersive our films, and it’s a very different experience than what LFF has offered before what the film side is. So, I think this is something to tap in for all media people would be super interesting. Just to get their heads around what’s out there what’s happening.”

It comes at a time when VR is still of great interest to broadcasters, even if the technology has yet to become mainstream. However, with the likes of Apple and Facebook all making recent announcements about their XR ambitions, could this really be the dawning of the VR age?

“It’s definitely a big push in the industry,” Schrauth says. “Immersive tech can give a very different use case to a lot of problems that we are facing

For the BFI, integrating XR technology offers LFF the opportunity to feature bold, innovative creators from around the world who use a range of creative techniques to ensure audiences are not in front a work of art, a film or a performance, but in the middle of it.

As the LFF’s Tuttle explains: “This new programme of XR, Immersive and Interactive works will sit alongside our film programme, as we also expand to include series, television and episodic filmmaking. We are eager to create a platform for showcasing brilliant new work at the Festival that reflects the blurring boundaries of many of these visual storytelling forms and a future in which creators move with increasing ease between them.”