Making sure that metadata remains with material, the use of AI to search archives and workflows that allow journalists to publish one story to multiple platforms simultaneously - George Jarrett completes a two-part look at the newsroom technology market.

Back at IBC2017 there were three workflow demos of the DPP News Exchange project promoting the sharing of metadata, and this vital work has now arrived at prototype mode, with the prospect of publication in early April along with implementation guidance. 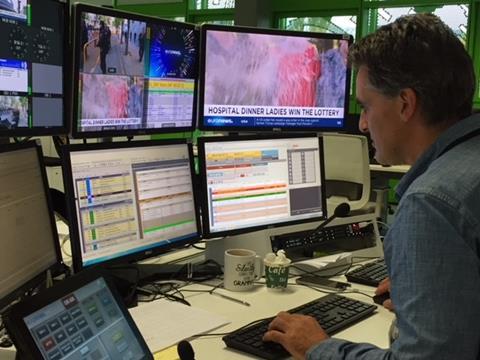 Confirming that a compliance program will also follow publication, Andy Wilson, DPP Head of Business Development and Delivery says: “News Exchange will enable the efficient movement of story metadata from the newsroom out to the reporter and cameraman in the field.

“They record their video clips, and with that video file it will then send the metadata from the newsroom, now augmented with data from the camera and in an XML file, to be imported back into the newsroom.

“This means the metadata with the story will pass with the video throughout the chain. There are immediate benefits to journalists like less tagging,” he adds.

“They will be able to implement searches working via story title, who the contributors were, and who the broadcaster was. It will be possible to insert rights information about who owns a clip and what any usage terms are.

“There will be information about the camera each clip was shot on down to the unique ID, plus there is the potential for GPS location information in there as well.”

Neil Maycock, EVP and GM of Media Software Solutions with SAM, and now Grass Valley, first set out where the company sits in the market, starting with the BBC.

“Jupiter is a layer of production asset management software, a BBC in-house developed application, which is used for all its journalist desktops. When it was Quantel, we didn’t have comparable functionality but over the years we have totally integrated with Jupiter,” he says.

“What we have produced since Snell and Quantel joined together is the Momentum product, which is a rich media database with workflow orchestration.

“It does much the same things as Jupiter does for the BBC, and it is our general market proposition. What we have been talking to people about is automated workflows for publishing to social media.”

On the matter of AI and machine learning improving journalism, Maycock says: “For a high-end news organisation it is going to be a semi-automated process, so the AI is an opportunity to make the journalist far more efficient by intelligently searching information sources, and consolidating stuff.

“For mainline news organisations there will be that human subjective judgement to collate that data and create a story, rather than it being fully automated, for at least the foreseeable future that is,” he adds.

“There are big opportunities with AI: it will intelligently search archives by doing facial and voice recognition, and bring intelligence to matching speech to text. It just means the journalist is presented with a much more meaningful set of raw materials to create a story with.”

Does the market favour best in class?

“Yes, but there is a mixed landscape. It is hard to give a single answer when you look at the diverse number of markets we serve with our solution,” says Maycock. 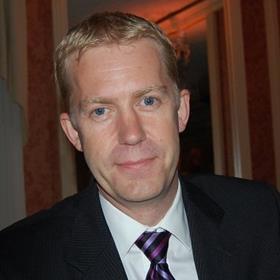 “We have smaller customers seeking more of a turnkey system that may include third party elements. Editing is a good example here because we are doing a lot of work with Adobe integration.”

He had in mind the fact that small broadcasters will find it easy to hire talent off the street with Adobe experience (from college).

Has the consumer put a bullet through the bulletin?

“Yes. Consumer behaviour and the devices that are now available have turned news on its head,” says Maycock.

“News breaks first on social media or online, and then people expect to see the more detailed analysis on a broadcast channel.

“Our whole focus has been how do we create a single journalistic process that allows a story, through one creative path, to be published to all the different platforms simultaneously,” he adds. 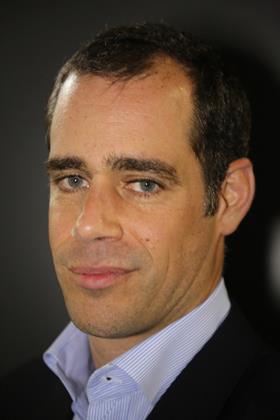 One of its biggest European clients, with the Galaxy system at the heart, is Italy’s Mediaset with 2,500 journalists across 18 sites. VP of Marketing Arnaud Elnecave started around the issues of personalisation.

“It is now penetrating into news. People actually elect to get the news from their social perspective: they have the ability to follow brand or to directly follow people in an editorial team that analyse the news from a perspective they like. We see a trend in that direction,” he says.

“The journalist is an influence and a persona. Secondly, in terms of productivity in the organisation, the journalist is where all the editorial value is – the analysis, the writing, the picture content as picked, and the perspective on the facts,” he adds. “You want to free up as much time as you can so the journalist can focus on where to add editorial value, and reduce the time spent looking for material. Co-ordinating and collaborating with other staff members should be fast.”

Technical things should be automated, content automatically triggered and suggested.

“The journalist does not look for material, but gets it suggested based on matching with the assignment being worked on…they can learn to target a story for an audience, and all of that will take time, so eventually you may want to serve multiple platforms or multiple audiences with different perspectives. Obviously this is more content you need to produce and curate, and you need to do that efficiently.”

Like the whole industry Dalet uses the best commodity IT kit and then applies services on a need to do basis. It offers what it calls orchestrated workflows, and various IMF (versioning) packages.

“What we have is a workflow engine that is extremely flexible; it allows you to build editorial processes/assignments, and then a change of tags for each assignment. In the same platform we have an asset management tool, which gathers indexed preferences and relates every piece of media,” says Elnecave. “Anything that hits the platform gets referenced, indexed and is visible to everyone with the right access to use it. Then there are all the tools for the journalists.”

The user has modular workspaces and plug-in task modules for surfing, graphics, organising run downs and sharing/moving things around. For editing you can use the fully facilitated Dalet OneCut toolset or perhaps Adobe Premier for ‘craft’ cutting.

Dalet has a new way of seeing what we knew as archiving – no searching thanks to machine learning, and recommendations based on script analysis. Tagging is the key, and journalists get the ability to create more content.

Asked where this leads to, he says: “Then you also have in the middle AI, which starts to generate part of the content. There is a lot of discussion around how much machines should help in this area.

“The audience is going to be looking, and verification is going to become very important. We will see a big new wave of intelligent platforms and tools coming out vey fast over the new few months.”

Jan Weigner, CTO and co-owner of Cinegy, addressed the issue of where news is going.

“TV is going through fundamental changes at the moment and for many (commercial) broadcasters news is a cost factor that can only be justified if it sells advertising. 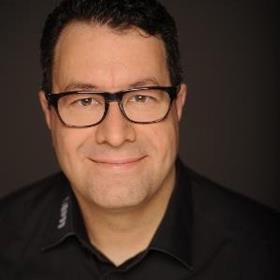 “The internet and politicians like Trump accelerated the way people receive their news, which is through Twitter, Facebook or other echo chambers that are bypassing the traditional news outlets completely,” he says.

What makes Cinegy a player in the newsroom market?

“Our strength is the strong integration of all tools in one – video, story, graphics - which most other newsroom software vendors only achieve through integrating loads of third party tools or solutions. News functionality was integrated by popular request of some customers that already used our solution for anything else - ingest, story edit, craft edit, graphics, playout, etc,” says Weigner.

“Those that wanted it all from Cinegy at that time were willing to accept feature trade-offs for a complete, much faster workflow.

“Our strength is very tight coupling of video, graphics and story editing as well as immediate playout capability with zero wait,” he adds.

“We gain traction especially in new and emerging markets that are a level playing field for all competitors. Online services for most of our customers are of secondary importance, as they don’t make any, or little money. The big players have that covered.”

Cinegy has attracted print and online companies looking to add proper TV workflows. What about broadcasters with their self-generated solutions?

“I have come across many broadcasters around the world with their own solutions, and I cannot remember a single case where any of these solutions have survived and/or are any good. If they were, the research people usually left to set up their own shop and sell it to the rest of the world, but even that is rare,” says Weigner. “Dalet is the one company in the news space I respect as they have a similar integrated world view as us.” 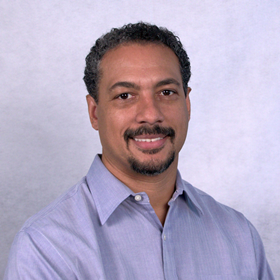 David Schleifer, the CEO of Primestream, also offers a software product that works as well in other content strands. His company’s Dynamic Media Management Platform has the two key elements of Fork (MAM) and Xchange, a web-based platform offering single/multiple operations, and global access to content and workflows.

He spoke first about journalistic empowerment as a challenge.

He says: “We are dealing with that across the board in broadcast and basically it comes down to the functionality in our system that allows users to publish simultaneously to multiple platforms in multiple formats.

“We have a tremendous third party integration capability that allows people to pick the best tools everywhere they want.”

Not so long ago users went with one company system because it came with the promise it might work, but technology has moved forward and best in class is the new luxury. How will newsroom technology jump forward again?

“The big push is around AI, but I do not hold tremendous stock in it as a game changer.

“It does show us the trend of reducing the amount of intensive labour it can take to produce highlights and clips. This is something newsrooms are struggling with. In fact, we are looking for assistance and speed without compromising editorial quality,” says Schleifer.

On the issue of cutting labour time, he had a warning: “You can do more with the same number of people, but I will also highlight that the cost of removing editorial judgement is a huge issue for society. We have certainly seen this in the US in this current political cycle, and it is complicating peoples’ views on what should be facts.

“I would encourage all news facilities to maintain the ability to insert their expertise into the process, and not become a fully robotic newsroom,” he adds.

“As a society we are struggling with what that means: do you show the viewer what you want, what he will accept, or will you challenge him? We see attention spans, and the willingness to accept opposing viewpoints changing, and there is a philosophical question at play.”

Primestream tends to collaborate a lot with storage vendors and with editing tools like Adobe Premier. “Adobe needs the infrastructure around that editor, and this is something we can supply. We also work with other vendors including Telestream for completing customer workflows,” says Schleifer.