Mobile TV has been a topic of conversation in both the mobile and broadcasts arenas for years. Now, there is real progress in this area. 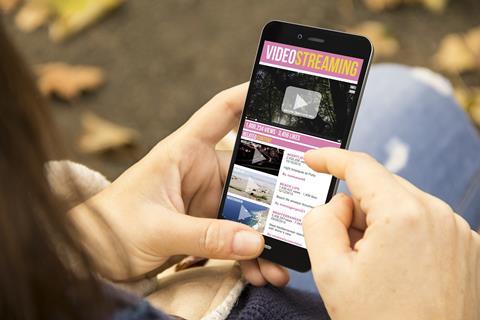 At the third conference in Munich, the 5G Media Initiative, a special-interest group made up of leading corporations and organisations, announced that with these enhancements, Release 14 offers characteristics that approximate those enjoyed with classical terrestrial broadcast methods.

“This framework builds on some of the capabilities of multimedia broadcast multicast system (eMBMS), such as allowing broadcasting on-demand within a single base station, allowing for solving high-density problems (ie, in-stadium).

“R14 has also introduced a standardised interface for broadcasters to provide content. 3GPP specifications have been supporting broadcast for quite some time, but the commercial application had been lacking,” continued Rosen.

“With R14, 3GPP is aiming to improve the chances of broadcast being introduced in the massmarket.”

The new specification includes features such as reception without a SIM card and without authentication, as well as the option of using up to 100% of the available transmission capacity for broadcast applications.

Significantly enlarged transmitter spacings permit the use of broadcast transmitter stations for economical area coverage. A receive-only mode without requiring a return channel was also established in the 3GPP standard.

Network operators will be able to combine various TV content delivery methods along with interactivity. Mobile network operators do not need to transmit TV programmes in all of their networks simultaneously, which yields a high degree of efficiency. Transmission via a separate broadcast transmitter network would also be possible, allowing all wireless devices to receive TV programmes, whether or not a contract is in place.

GfK UK Media and Entertainment Director Mary Kyriakidi noted on the idea that operators will be able to combine various TV content delivery methods along with interactivity that “mobile emerged as the dominant channel within our internet-centric world”.

She continued: “Consumers tend to feel more engaged on this platform as content is not just easily accessible, rather it sparkles debate among consumers, who can simply express their view (or just sentiment by liking/disliking), exchange opinions with other members of the audience (or even experts), whilst searching for reviews, buying related merchandise or searching for behind the scenes information.

“There is no doubt, mobile offers a more direct consumer relationship that enhances brand affinity, offering new avenues to provide additional relevant services to audiences,” added Kyriakidi. “The experience can be far more personalised by customising the story told to fit the platform used and the demographic group it’s targeting.

“Saying this, load times remain an issue; internet speed is often slower on mobile, also the consumers’ experience in terms of inputting information or sharing content on social platforms can sometimes be less seamless than what our techy world promises…spoiling consumer interactions, conversions and that (in theory) elevated sense of community on mobile.”

Meanwhile Rosen said that the core requirements for interactivity in TV services include individually addressable advertising and audience measurement.

“Broadcasting rich metadata, including features like traffic, weather, sports scores, etc, can help to enrich content driven experiences; broadcast delivery of the application framework itself (in HTML5 frames) can support most modern devices, even with one way connections. Moving beyond this, broadcast TV needs tools to catch up with on-demand viewing, so support for time-shifted and on-demand content, via a combination of local caching and on-demand network capabilities is a requirement.

“Finally, truly interactive applications – such as transactional commerce, moving from an advertisement to a purchase, or browsing a full web site - work well in hybrid broadcast-mobile networks,” Rosen concluded.

The standard also specifies that transport and coding formats currently employed in broadcasting shall also be available for use in 4G and 5G networks.

The requirements for improvements to the successful LTE eMBMS standard had previously been defined by EBU, Southwest German Broadcasting Corporation (SWR), IRT, BBC and RAI along with industry partners, including Qualcomm, Nokia and Ericsson, and submitted to 3GPP.

At the same time, the foundations for a seamless transition to 5G standardisation currently underway were laid; the standardisation is planned to be implemented in an initial phase in conjunction with LTE.

Rosen commented: “The encoding formats (i.e. H.264 or HEVC) and packaging plus segmentation formats (HLS, DASH, CMAF) will be common across broadcasting and traditional mobile services. This will allow network efficiency with the content storage and delivery workflows, so the same content can be prepared for broadcast services as well as live IP, on-demand, catch-up and other services.”

On how 5G will change our consumption of TV over mobile devices, Rosen said: “Video consumption will go up where 5G networks bring large scale bandwidth, as was seen in the transitions from 2G to 3G and 3G to 4G LTE. Consumption will be driven by bandwidth availability as well as pricing and policies, such as zero-rated video services.

“I hesitate to limit video growth by the term ‘TV’, as hosts of video applications will all benefit from the 5G network, including marketing and corporate video, IoT video such as surveillance, as well as all forms of consumer video conferencing and sharing. In addition to mobile devices, 5G will be used for WTTx services which will impact video consumption into the home especially in rural areas, also potentially replacing the connection into the home.”

Rosen added that although 5G will certainly introduce a better broadband experience for end users, the addressable market for very high quality content (4K) is quite low in smartphone devices.

He said: “It remains to be seen whether users will continue watching video the way they do now (eg, low quality, zero-rated plans like T-Mobile’s BingeOn) or whether they will upgrade to higher quality video, to be watched outdoors. Similarly, mobile service providers could provide Android TV boxes reliant on mobile 5G connections to connect to the TV, although the ROI will be market dependent depending on fixed broadband penetration.

“These media features offer the potential for mobile carriers to replace or augment traditional Pay TV distribution mechanisms, and would offer more efficient spectrum utilisation, however battles around spectrum ownership between broadcasters and mobile carriers are already underway,” Rosen continued.

CCS Insight vice president of multiplay and media, Paolo Pescatore, concluded: “5G clearly promises far superior experiences for people wanting to watch TV on the go. But the reality is there has been a lot of hype around 5G but we are still many years from 5G deployment.”

The first version of the new 5G standard is expected to be available by 2018, after which it will be continually enhanced to become a universal system for high-bandwidth data applications. Starting in 2020, additional enhancements for broadcast applications are expected as part of 5G; these could be available by 2025 as popular broadcast services for the mass market.