More departures at ProSiebenSat.1 as CTO Thexton steps down 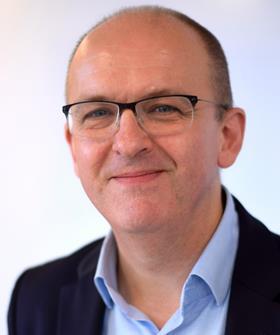 ProSiebenSat.1 CTO Nick Thexton is set to leave the German media company after less than a year in the role, becoming the latest executive to depart.

Thexton joined the German firm as chief technology officer in a newly created role, having previously spent time in tech roles at Inmarsat and YouView. Other roles he’s held include a 20-year stint at Cisco and three years as a technical project manager at Channel 5.

According to a report from BroadbandTV News, Thexton is departing for “personal reasons” and is set to return to the UK to take on a new, as yet unnamed, professional challenge. His responsibilities look set to be handed to CFO Rainer Beaujean.

It marks the third senior departure this month for ProSiebenSat, following Michaela Tod, current co-CEO of the firm’s entertainment division, who a few weeks ago announced that she will leave in the summer.

Tod decided to leave ProSiebenSat.1 for “private reasons” effective as of 31 July 2020.

Željko Karajica, chairman of its sports unit 7Sports, is also set to leave ProSiebenSat.1 amid a restructure of the division, according to SportBusiness.

Karajica has overseen rights acquisition, new digital platforms, sports productions, events and athlete management for ProSiebenSat alongside Stefan Zant, who will now become one of two managing directors alongside Thomas Port, who steps up from SevenOne Media – ProSiebenSat’s sports agency.