The huge physical infrastructure and connectivity investments made by the big cloud platforms are creating strategic options for all broadcast and media workloads, but with a plethora of options, how best to choose the right partner?

We have entered the multi-cloud era, with the availability of Amazon Web Services, Google Compute Engine, Microsoft Azure, Alibaba Cloud and the other hyperscale platforms creating huge opportunities. 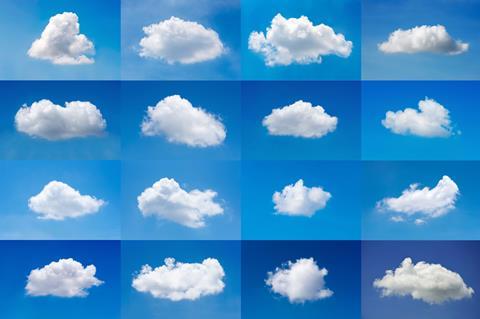 And there have been a slew of start-ups with services to optimise movement of content between clouds while established workflow businesses are looking to multi cloud solutions as their next growth market.

As broadcasters, production houses, content creators and distributors become increasingly cloud dependent are they at risk of facing cloud sprawl – having to manage many workloads across different platforms – and facing the prospect of growing costs?

Or, once they get onto different clouds is there a danger of cloud stall, where migration projects might falter? And as broadcasters build partner ecosystems will they have to build APIs for every different cloud platform?

The cloud promised to end vendor lock in but nothing is ever simple and one cloud platform can have little commercial interest in helping its customers move workloads to another cloud provider.

David Richards, Chief Executive of software and services firm Wandisco, says: “Some cloud platforms are more open than others. Microsoft recognises that there will be a multi-cloud world. At Amazon, probably less so. This could be because they had first mover advantage so they see multi-cloud as more of a threat to their incumbent customer base.”

Wandisco recently announced Live Data Multi Cloud to help move and manage workloads between clouds. In the cloud market, says Richards, it is highly unlikely that a single cloud will have the best of everything. He believes Google currently has a lead in AI, while AWS leads in serverless computing and Microsoft has the best analytics and security.

He says: “All will have best of breed offerings. Pricing is roughly the same. The servers and data centres they run on basically cost the same to build and operate. The reality is that multi-cloud is here. No CIO (Chief Information Officer) I speak to is putting all their eggs in one basket. There are a number of different approaches they could use. If AWS puts up its storage prices, they’ll move. The ability to move on the fly – arbitrage on the cloud – will be really interesting. You have to ask yourself, why would customers put themselves at an economic disadvantage.”

Moving pictures, moving clouds
Moving content around has always been a big issue for broadcast and media. The late arrival to the cloud of the broadcast industry does appear, in at least one area, to be having a catalysing effect as they seek to move digital workloads around in order optimise processes, drive efficiency, reduce costs and work with new partners.

A major issue facing broadcasters moving to the cloud is that of bandwidth pricing and the cost of data transport. Across the broadcast value chain no-one wants to be landed with huge bandwidth costs. As more and bigger packets get pushed around the internet on backbone networks, fibre in ground and over subsea cables the costs can rack up. To help address this CDN supplier Cloudflare established the Bandwidth Alliance in September 2018. So far it has gained commitments from Google Compute Platform, Microsoft Azure and IBM Cloud to waive or cut bandwidth costs for mutual customers. AWS has yet to commit.

Cloudflare CEO and Co-founder Matthew Prince said of the value Broadband Alliance proposition: “In an ideal world, customers could pick whatever cloud provider is best for the particular job at hand, be it storage or compute or analytics and not worry about the cost of moving data between them. The Bandwidth Alliance joins together cloud providers committed to giving customers more choice as they navigate the cloud landscape.”

Supplier Wasabi says: “We think the Bandwidth Alliance is great news for both Wasabi customers and Cloudflare customers. You can use the Cloudflare network to distribute the content you store on Wasabi—quickly and cost-effectively—with no data transfer fees between Wasabi and Cloudflare.”

“Multi-cloud is a reality; no Chief Information Officer I speak to is putting all their eggs in one basket”  David Richards, Wandisco

What to do with multi cloud
Alibaba Cloud has a keen eye on the broadcast and media sector through its Youku media division and has worked on very high profile sports broadcasting projects and alliances.

This was also used to create highlight packages on the fly in real time immediately after the match. It is the official cloud media supplier for the Olympic Broadcast Service (OBS). Following a project with the Youth Olympic Games Alibaba Cloud is working on cloud-based broadcast systems for both the Japan Olympics in 2020 and the Beijing Winter Olympics.

Yeming Wang, GM EMEA at Alibaba Cloud told IBC365: “Media is one of the most important sectors for Alibaba Cloud. For us, there are several important aspects. As people move from on premise infrastructure to cloud there will be file migration challenges but we believe that handling big volumes of files is not too challenging from a technology perspective. Some (broadcasters) are really facing this challenge and we will invest in joint innovation to ensure we make it possible.” 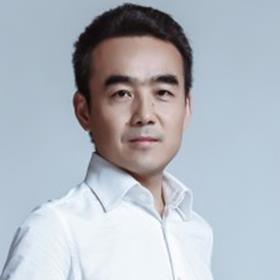 Alibaba Cloud is developing ISV partners who specialise in media solutions to be easily integrated into multi-cloud environments.

“We will try to be very neutral to different cloud providers for multi cloud. For example when a new technology comes from the open source orchestration space to build infrastructure in the cloud, say for container based orchestration and porting applications around critical business services, it will be multi cloud and we will be open.

“We don’t believe customers will only have one cloud. People will always have multiple platforms, including on premise. In broadcast there is a lot of existing invested infrastructure which has yet to depreciate. Our approach is to gain a better understanding of what customers need, right up to understanding the content they are making. There is still a long way to go for many broadcasters but looking at developments such as SMPTE 2022 we’re working with many vendors in areas such as developing broadcast editing on GPUs in the cloud and serving next generation playout, using profiling, being data driven to promote different content and build monetisation. This year for example we announced a development partnership with the Olympic Broadcast Service. We are upgrading its broadcast system and bringing it to the cloud. With OBS cloud we will make it easy for other broadcasters to integrate in the cloud with services to injest content, distribution and analysis.”

For Wandisco’s David Richards, many of the problems for cloud migration have been solved but some remain to be fully addressed. He offers the example of wholesale lifting and shifting live data to the cloud while still running the business. This is not a risk many businesses would take, he says.

He says: “The app portability problem is a problem we’ve solved. People are going to move. But among the bigger problems people will face is cost. It is cheap to move into the cloud but often expensive to move out. For broadcasters the economic model needs to be figured out. Netflix was less concerned with cloud infrastructure for storage – it may have been cheaper to build and run storage on premise than in AWS – but it focused on working out the bandwidth issue. For them it was about the delivery model as opposed to the storage model.”

For those entering the cloud it will be about compute, storage, analytics, and delivery.

For existing broadcasters exploring how best to engage with multiple cloud providers there are many service options – making the right multi cloud moves will surface many new technical challenges and bring forward a range of business critical decisions.