Avid kicked off NAB with a customer and press event that focused on the company’s roll out of cloud-based apps and services.

With the cloud expected to be one of the dominant themes of this year’s Las Vegas trade show and conference, Avid hailed the flexibility and agility of the cloud which Chief Executive and Chairman Louis Hernandez Jr described as “big for our industry, community and for Avid too.”

“Moving workflows onto the cloud means that you will be able to rethink your business model at a rate that you are comfortable with,” he said.

“You can reconsider your operational plans and reimagine what is possible and ultimately realise the path to participate in the future of media in a fully digitised state.”

Speaking at the Avid Connect customer, partner and press event that precedes the NAB exhibition and conference, Hernandez said Avid would take its “entire suite of applications to the cloud”.

More on the cloud: Cloud Computing and Broadcasting

To support its move to the cloud, Avid has entered into a strategic alliance with Microsoft to develop and market services aimed at the media and entertainment industry.

As part of the deal, Avid has selected Microsoft Azure as its preferred cloud hosting platform for the development and launch of a range of Software-as-a-Service (SaaS) and Platform-as-a-Service (PaaS) offerings.

Media Composer Cloud will be available from June, the company said.

Alongside a host of announcements about enhancements and additions to Avid’s range of software and storage products the company also announced that Media Composer First, a free version of the non-linear editing software that was first announced at NAB two years ago, will also be available in June.

Copies of Avid Chief Executive and Chairman Louis Hernandez Jr’s latest book The Storyteller’s Dilemma were handed out to attendees of the Avid Connect event. 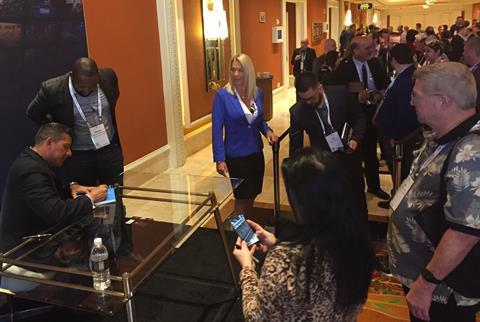 After the product announcements Hernandez signed copies of the book, which explores how media organisations can try to “overcome the challenges of the digital media age”.

The book also covers Hernandez’s efforts to change the way that Avid operates as a business and how it develops tools for the media industry.

“The Storyteller’s Dilemma illustrates the effects of a technology revolution on the media industry and will help guide our community to build an innovative, creative and lucrative future that benefits everyone across the media ecosystem – from the large global media companies all the way down to the individual artists,” Hernandez said.

“In telling Avid’s own transformation story, I’m also hopeful that the complicated, challenging lessons we learned can be applicable to others in the media industry and serve as a lesson to other companies facing these same challenges.”