Collaboration between Celtic broadcasters combined with a slew of new funding pots has led to a new wave of high-quality indigenous language content with international ambition. Ann-Marie Corvin Reports. 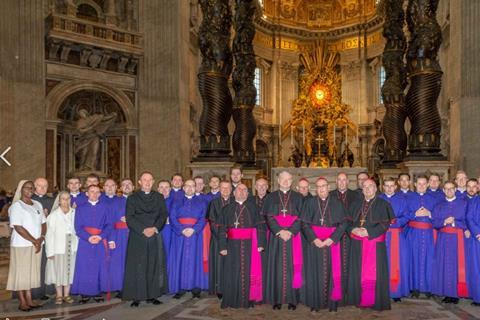 Minority language broadcasters face many of the same challenges as legacy media players in terms of how to punch above their weight with quality content in an era of dwindling budgets and deep-pocketed digital rivals.

“We’re relatively underfunded,” points out Iseabail Mactaggart, director of multiplatform content for BBC Alba, a service targeting Scotland’s 60,000 Gaelic speakers. “This makes it a challenge for us to offer a full public service as rich as we would desire.”

Original live-action content for historically underfunded genres such as Children’s has been particularly scarce. Yet Alba commissioning editor Bill Macleod argues that it’s crucial for the channel’s future as it supports young viewers at the beginning of their Gaelic-speaking journey.

“Live action is really important to kids in their early years of learning the language as they pick up their linguistic cues from content that plays out in front of them,” he says.

Until recently, the 12-year old channel – which receives just under £13m from the Scottish Government and the remaining £9m from the BBC – has relied on dubbed animation from BBC’s Children’s channels as well as other acquisitions to fill its children’s remit.

What no one at the YACF was prepared for, however, was the slew of high-quality submissions from the desks of Celtic producers: when YACF announced the first slate of programming last November over 50% of programming was for BBC Alba, TG4 and S4C-commissioned projects.

Children’s drama Rùn (Secret) shows how a deaf boy’s world is transformed thanks to a four-legged friend while the documentary Balach aig a’ Mhullach (Boy at the Top) charts a young lad’s attempt to climb the equivalent of Everest.

The YACF match funded both projects, which aired on BBC Alba over Christmas.

“With budgets spread very thinly the fund is really going to help raise standards among this demographic and help us compete with the likes of Netflix” Wyn Roberts, S4C

Welsh-speaking broadcaster S4C also secured funding from the YACF for two teen drama commissions: Person A, which centres on a missing social butterfly, as well as Y Gyfrinach, which explores the theme of isolation when five friends embark on a weekend away together. 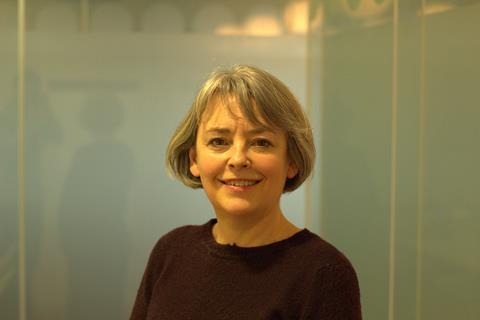 S4C is the most well-funded of the Celtic broadcasters - receiving £90m last year (£6.7 of which comes from the UK Government with the rest coming from the licence fee). However, this hasn’t been enough to support content for the channel’s elusive 12+ demographic, according to content commissioner Sioned Wyn Roberts.

Wyn Roberts adds that the YACF funding means that, for the first time in many years the channel is able to cater for 13-16-year-olds. “With budgets spread very thinly the fund is really going to help raise standards among this demographic and help us compete with the likes of Netflix,” she says.

Irish language channel TG4, meanwhile, has made its own commitment to young people’s programming, doubling its own spend despite shrinking budgets.

“Core to this is making sure young speakers of the language see themselves reflected on screen,” adds TG4 commissioning editor for young people Siobhán Ní Bhrádaigh.

The Connemara-based channel – which receives just under £30m in funding from the Irish Government - recently made two submissions to the YACF’s second round for an under 12s live-action drama as well as a “living history” entertainment series.

The broadcaster is also behind one of the most ambitious projects to have received funding from YACF’s first funding round.

Sol is a co-commission from BBC Alba, S4C and TG4 and will be produced in three different languages: Welsh, Irish Gaelic and Scottish Gaelic.

Telling the story of a young boy’s imaginary quest to save the world, following the death of his grandma, the animation is designed to help 8-11 year-olds understand the nature of grief. 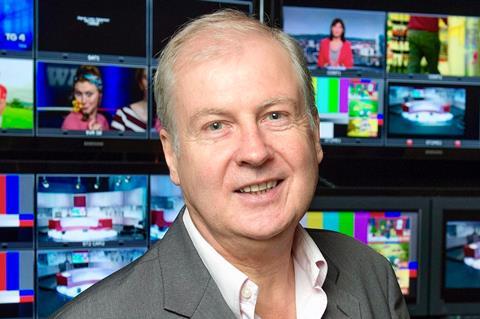 The collaboration was also a smart way of more than trebling the budget for the children’s animation, as BBC Alba’s Mactaggart points out.

“Sol shows how collaboration with other Celtic broadcasters is a powerful axis. If all broadcasters involved are able to tap into YACF funding as well as the kids content tax credits and other local funds, then we can start to make content of really high quality,” she says.

Europe and beyond
Growing and internationalising the creative economy in Ireland is a key component of TG4’s five-year strategy, according to Esslemont.

He adds that the broadcaster – which is keen to collaborate on further co-productions between S4C and BBC ALBA – wants to fund heavy-hitting content that plays internationally as well as in its respective territories.

EBU funding pots are acting another catalyst such collaborations. The EBU will currently support productions with five co-producing broadcasters and development with projects that have three broadcasters lined up.

“We’re working with the EBU to try and build more lines and stronger base for co-production” Alan Esslemont, TG4

Esslemont adds: “We’re working with the EBU to try and build more lines and stronger base for co-production and we’re beginning to get to know people and structures and that’s moving forward quite well.” Projects in their early stages, he says, include on a documentary about the Irish patron Saint St Columba.

BBC Alba’s Mactaggart adds: “The EBU has been open minded and supportive of smaller broadcasters in terms of enabling them to collaborate while its schemes are important because they help to showcase Gaelic content across the world. It brings us into a club where we can share content.”

The Celtic International Fund
Esslemont is a well-known figure on the Celtic broadcasting scene: the Scottish- born TV exec is now settled in Galway but spent nine years commuting between Connemara, Glasgow and Stornoway so that he could help set up BBC Alba.

He speaks both Irish and Scottish Gaelic “often forgetting to switch between one and other when I’ve flown across the Iris Sea for meeting,” he adds.

For Esslemont, the launch two years ago of the Celtic International Fund - which offers joint funding for projects submitted by TG4 S4C, BBC Alba and the ILBF – has led to further cooperation between Celtic speaking nations.

“For many years we’ve worked together but it’s only since we founded the fund and have been able to tap into recent EBU initiatives that we’re now sitting down in the same room and are joint developing and commissioning projects – and that’s really exciting,” he says.

A successful precursor to the fund – and a model that the broadcasters are looking towards has been the 2019 series Tide, an ambitious natural history series that looked at the stories and science behind tides. 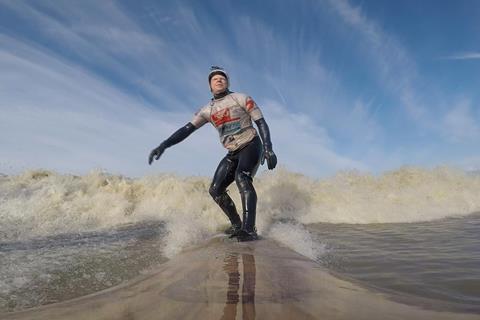 Following a memorandum of understanding, signed in December between the broadcasters and its producers (MacTV and Belfast-based Below the Radar) the three-part series Rain Stories is set to go into production this Spring.

This is not the first time TG4 has worked with JTV – last year it also made a four-part series exploring iconic walls and borders.

Esslemont says that partnerships with the Far East, Korea and China work well for a number of reasons. “Natural history plays well there, the series are non-controversial and the broadcasters tend to be interested in similar things to us theme-wise,” he says.

This has included three-part documentary Sgoil nan Sagairt (Priest School) made by Scottish indie Solus - which was able to gain unique access the Pontifical Scots College in Rome to follow the progress of several would-be Priests.

Mactaggart points out that the BBC Alba show – which aired on the channel over Christmas - focuses on a Gaelic-speaking priest – the first to be ordained on the Scottish Ireland of Benbecula.

She points out that an English language version of the programme, focussing on a different priest, will broadcast on BBC Scotland later in 2020.

For this co-production, Mactaggart stresses that it was important to ensure that the English and Gaelic versions were “suitable different”.

“You need an added dimension that justifies having a different language treatment because otherwise, people will always default to English.”

Indigenous talent
While producing bilingual content has its challenges, growing an indigenous- speaking talent base is a whole different kettle of fish. 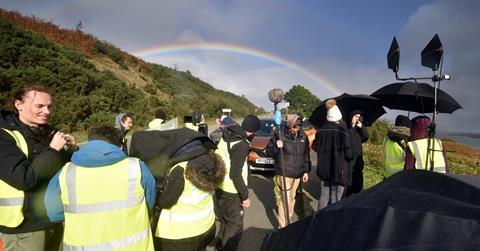 A successful producer who commuted between London and Scotland for more than 20 years, Young finally moved his main office to the Isle of Skye following the success of his company’s hit comedy series The Inbetweeners.

A healthy share of profits from the subsequent films allowed him to set up a mini production hub on the island, focussing on producing Gaelic-speaking content.

To justify its existence, Young knew he would need a long-running series and so pitched drama series Bannan to BBC Alba head Margaret Mary Murray.

The series, about a woman who returns to the hometown, is now in its sixth year and Young proudly adds that the company is “finally arriving at the point where every head of department is Gaelic speaking.” 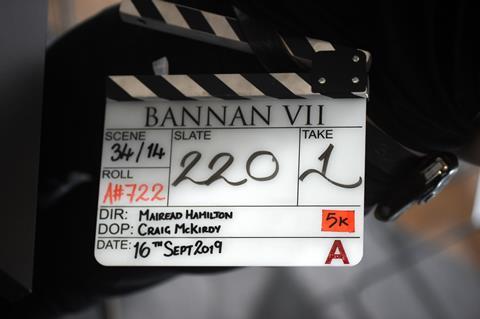 He adds: “We had to be bold to start with and hire people who had no previous experience in drama – they may have written a play before but the skillset was Gaelic.

“I was anxious to start with a reasonable level of quality – but the pilot was well received and quality since gone up and up.”

Yong believes that part of the reasons the show was successful was because of the authenticity that derives from using Gaelic-speaking writing and production talent. “In the past for drama, they’d just hired English language writers and translate everything. It felt ‘unholistic’ and inorganic and it must have been a nightmare for the actors.”

While Bannan is due to come to its creative end this year, Young has been busy pitching another drama to Alba, as well as making English speaking content for other broadcasters.

He appears less keen than some of his Celtic heritage contemporaries to enter into Celtic language coproductions, however.

“It’s problematic – these things can be tricky if you don’t have the whip hand,” he says.

“ If you’re an Irish or Welsh company you are better funded – which means that we’re not bringing that much to the table as a production partner, and so will find ourselves with less editorial control.

Young adds that he would “never say never” but ultimately, it boils down to IP and rights ownership as he points out: “Had I not produced the Inbetweeners I wouldn’t have made the money to fund Bannan. Shows like US series Outlander are a huge thing in Scotland - but I wouldn’t want to be the servicing production partner.

“I know what I’m saying is unfashionable in context of Celtic collaboration but I think what Scotland needs is for the indies who work here to be able to own their own IP.”