Esports: Scoring a touchdown during lockdown

With most international sporting events delayed or cancelled due to coronavirus, could people turn to esports to get their sporting fix? Adrian Pennington investigates. 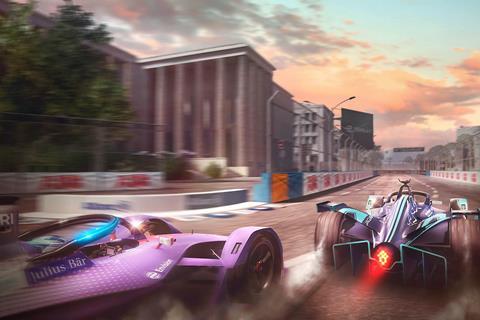 Are virtual sports a poor substitute or the real thing? Current circumstances suggest we’re about to find out.

Public esports events have had the tap turned off like every other league but online tournaments are one of the few sports to continue live broadcast unabated.

Already a billion-dollar-a-year industry, the esports sector is able to command a significant audience – making it a viable alternative to traditional sport, claimed analysts GlobalData.

Its Sportcal Intelligence Centre records Intel spending over U$10 million annually to sponsor the Overwatch League and Nike spending U$8 million a year to supply kit to teams competing in the League of Legends Pro League.

“This may insulate these brands from the turmoil currently facing the wider sports market through their partnerships with a widely digital medium,” said Conrad Wiacek, head of analysis and consulting at Sportcal, a GlobalData company.

“The esports sector also has a great opportunity in the media rights space. With the sporting calendar decimated, broadcasters will be looking for content to fill their schedules. While a boom in media rights for esports was expected, the coronavirus outbreak may see the value of these rights jump significantly.”

Another analyst, Newzoo, expected the sector to generate $1.1 billion this up 15.7% from U$950.6 million in 2019 with an audience projected to grow to 495 million people in 2020. Those figures were released before markets like the US, France and UK went into almost total shut down and so can be expected to rise.

That’s in part because professional sports athletes and fans are turning to online gaming to relieve their withdrawal symptoms. Mass participation would be an on-ramp to esports as well as to mobile gaming apps and live streaming platforms like Google Stadia.

Sports go virtual
EFL side Leyton Orient has gone global with its announcement that it would host a mass Fifa 20 tournament for professional football clubs.

The proposal was made on Twitter last Sunday [15 March] using the hashtag #UltimateQuaranTeam, and has seen such an astonishing response that the club has had to expand the concept to a 128-club competition. It currently features teams from 16 countries including Manchester City, Ajax, Roma and Sydney FC.

🤷‍♂️ Sure, connect four is cool but we’ve got a better idea!

We need 63 other teams to enter a knock-out FIFA 20 tournament.

To enter, all we need is the club to RT this tweet.

We will host a live draw this Tuesday…

When Benfica withdrew yesterday, Swindon Town’s Cameron McGilp stepped in and will represent the Robins in the first round of the tournament against FC Nantes. The centre-back, who is currently on loan to National League side Hungerford Town, is no esports ingénue having beaten last year’s world champion Mo Aubameyang in this season’s Weekend League on Fifa 20.

Numerous soccer clubs have invested in esports teams as a means to boost digital and social growth and are putting forward esports team members to compete in Fifa Quaran.

Motorsports, another natural partner for simulation games, has also been swift to shift gear.

Rather than run behind closed doors, NASCAR is launching an invitational esports series to fill the void. The series begins this weekend at the virtual Homestead-Miami circuit with participation of reigning NASCAR Cup Series champ Kyle Busch and 2020 Daytona 500 winner Denny Hamlin.

Dutch Formula One star Max Verstappen and IndyCar champion Simon Pagenaud duked it out playing rFactor 2 in an event organised by online motorsport publication, The Race.

The All-Star Esports Battle was streamed on YouTube to half a million viewers and apparently topped the chart on Twitch.

Not only does that underline an appetite for such virtual events but perhaps a pent-up demand to see intriguing match-ups that only the level playing field of the internet can throw up.

What would you pay to watch Diego Maradona and Gary Lineker replay the 1986 World Cup quarter final, perhaps with a sprinkling of today’s stars like Lionel Messi and Trent Alexander Arnold on the pitch?

Blurred lines
The lines between esports and ‘actual’ sports have been blurring for some time as leagues and federations attempt to draw younger generations to their product with gamification.

Some have been more progressive than others. Electric motorsport series Formula-E launched the world’s first live racing game which enabled gamers to race in real time with real drivers, on the real tracks of the 2019 ABB FIA Formula E Championship. 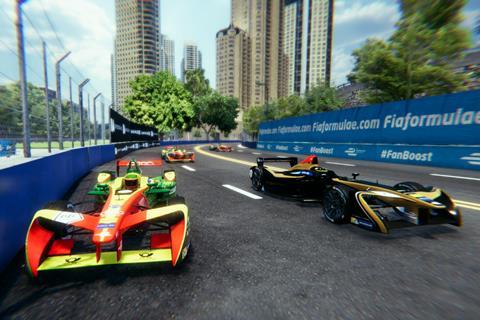 Technology from Swiss developer Virtually Live combines photoreal simulations of each race track with realtime GPS-driven telemetry from cars racing up to 100mph. The output is used to enable the ghost racing of fans online with drivers on the track and is used by Formula-E’s broadcast production partner Aurora Media to stream live CGI analysis.

The same technology could be applied to “speed bikes, yacht racing or camel racing,” according to Virtually Live CEO Markus Tellenbach

It is increasingly possible that the worlds of esports and actual physical sport will merge. Brendon Leigh, a 20-year-old from Oxfordshire, is the reigning Formula One Esports Series World Champion who made the jump to the track last April when he completed a trio of Formula Ford races at England’s Snetterton circuit.

It also ran a separate virtual series open to the public with a longer-term plan to offer the winner a seat in an actual G1 race team.

“There’s a whole world of gamers playing race simulators but until now it’s been quite disconnected from real racing,” said Gilad Agam, CTO, Griiip.  “The stars of virtual have never driven a real car and vice versa. We’re taking this community of really good simulator racing drivers and trying to create a community in which real and virtual drivers are the same.”

21-year-old Slovenian Kevin Siggy Rebernak won the 2019 Griiip virtual series winning 11 out of 12 races and landing a test in a real Griiip G1 car at Varano as his prize.

Rebernak, who has been sim racing since the age of 13 also beat hundreds of thousands of entrants to be crowned winner of the 2019 McLaren Shadow Project Grand Final winning a seat on the McLaren Shadow esports team for 2020.

Zak Brown, CEO, McLaren Racing, said, “The transference of skills between real and virtual racing is key to the McLaren Shadow Project and at McLaren we believe that esports is fertile ground in which to nurture and grow racing talent.”

In another potentially groundbreaking first for the future of virtual sports, the competition also included Jan Saathoff, 33, from Germany who is a wheelchair user. He qualified by playing Real Racing 3 on mobile and competed head-to-head with the other five participants using an adapted gaming rig without pedals. He relied wholly on game controllers and steering wheels and successfully competed at the highest level.

Pro Am
Welsh cyclist Geraint Thomas who currently rides for UCI WorldTeam Team Ineos has taken to racing amateurs on virtual platforms such as Zwift. Other pro cyclists are also on the platform including Adam Yates and Andre Greipel and Zwift plans to add to its events such as the Tour of Watopia with new events in light of demand.

It doesn’t take too much imagination to realise the commercial possibilities of lining up Rory McIlroy to play EA’s PGA Tour game against all comers.

Meanwhile, should the IOC be placing all of its eggs in the Intel World Open esports tournament which is still due to take place with live audience attended finals in Japan just ahead of the Tokyo Games? Games include Street Fighter V and have already kicked off with online qualifiers where any player at any level can compete for a chance to join their national team.

With esports as an industry pitching to be an official Olympic sport come Paris 2024, there’s an argument that its inauguration be accelerated as keyboard and joystick participation is the only exercise many of us will get for some time to come.