This weekend’s Super Bowl LV will look very different with a less-than-half-full stadium of fans and referees in masks, but one thing remains the same – there will be plenty of innovation for the fans watching on TV, including new camera angles and augmented reality graphics. 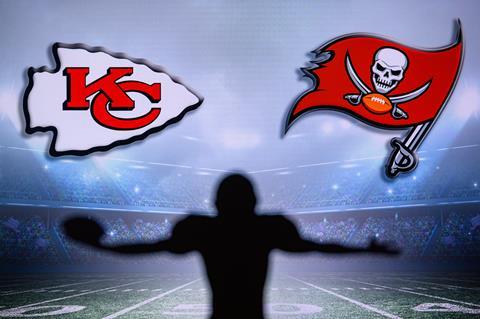 Super Bowl: This years super bowl will look like no other with only 30,000 fans in attendance

Annually America’s most-watched TV event, this year’s game between the reigning champion Kansas City Chiefs and the Tom Brady-led Tampa Bay Buccaneers is one of the most anticipated in years and CBS does not intend for its broadcast hosting to be remembered just for pandemic issues.

The CBS strategy is to make the game coverage take on a cinematic feel with sweeping camera shots and plenty of camera positions in never-before-used parts of the stadium that make a positive out of the Covid negative by using the space in the near-empty stands.

“We’re doing our 21st Super Bowl, which is the most of any network,” said CBS Sports Chairman, Sean McManus during the build-up to the game.

The most talked-about innovation is the Trolley Cam which will move at speeds up to 65 miles per hour back and forth on a zipline that extends from one end of the open-air Raymond James Stadium in Tampa Bay to the other. CBS execs say it will provide the TV fans with a view of the game as if from the eighth row of the stands and was tested only two weeks ago at the AFL Championship game.

Of the total of 120 cameras in the stadium, as many as 32 will be placed in the eight pylons that mark the two end zones. There will also be two wireless pylon cameras that will move up and down the sidelines with each down marker. Eighteen robotic cameras and four more on flying cable wires will catch the action along with 25 super slo-mo, 10 4K and two 8K cameras. The entire camera quota will allow for 350 channels of replay for the commentators and the officials.

On-field equipment will include two Sony Venice cameras that will move among the players on the field during timeouts. These cameras have also only recently been tested on live NFL games, originally for a scoring play, during warm-ups or to capture sideline activity. With the ability to capture a shallow depth of field, Sony Venice cameras are usually reserved for commercials and movies. One will be operated on a traditional Steadicam rig, while the other will be on a MõVI rig. 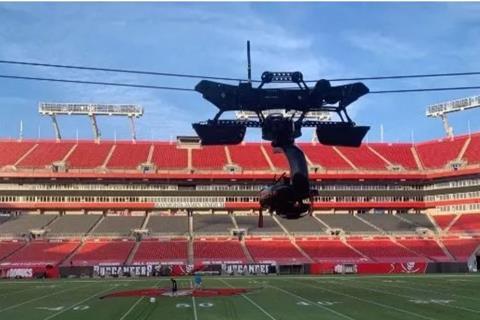 CBS Sports: New Trolley Cam to bring a new look to the fans

Also, CBS announced in pre-game media press conferences the use of a 53-foot Movie Bird crane camera - another piece of kit typically used in major movies as well as television productions - that will be placed on the upper concourse of the stadium for the pre-game show as well as game action.

Harold Bryant, executive producer and EVP of production for CBS emphasises the cinematic look that the network hopes to achieve with kit like the MovieBird crane. “It’s been used in movies and it’s the first time we’re using it, I think, anywhere in a sports production. We’re going to have 8K cameras, 4K cameras, all of these looks that’ll make it a very intimate and really up-close and personal feel.”

Meanwhile, with only 22,000 fans in the stadium, the 43,000 other empty seats will not be unused because a series of LED message boards have been installed by the NFL to cover the first seven rows of seating. Messages from advertisers and sponsors have been sold to the tune of up to $2million, a technology and financial innovation by the League that will offset some of the losses on ticketing and merchandising at the game.

However, there will not only be fewer fans at the game, but also 15% fewer CBS staff to undertake all the extra game coverage and camera work. But a full season of instituting gameday protocols and operating with staff working remotely means there are unlikely to be any snags for the estimated 100 million plus US audience.

“We will have testing and screening and wearing of personal protective equipment (PPE), and we also have extra mobile units for social distancing,” said Sean McManus. Remote staff will include replay operators as well as other editors, the graphics team and other production personnel who will all either be at home or in the CBS Broadcast Center in New York.

McManus did admit that the tone of the broadcast might be a little different, but their innovations will not allow the mood to be sombre for the TV fans.

“We’re not going to be depressing, but I think we’re going to put everything in perspective,” McManus said whose graphics team will use four augmented-reality cameras to provide the Super Bowl LV motif made of sea and sand. “It’s a time to escape and really appreciate what we have in terms of this country. We’ll also have all the bells and whistles, cameras with unique views. It will be an incredible technical showcase.”

We’re going to have 8K cameras, 4K cameras, all of these looks that’ll make it a very intimate and really up-close and personal feel,” Harold Bryant, CBS

McManus also says that the recent NFL game on the ViacomCBS-owned kids channel Nickelodeon has helped put a vibrant spin on the Super Bowl. “(The NFL game on Nickelodeon) was a different kind of broadcast, but we learned you can have fun and do some crazy graphics and overlays. It opened up our eyes a little bit to maybe trying some things and having some fun.” 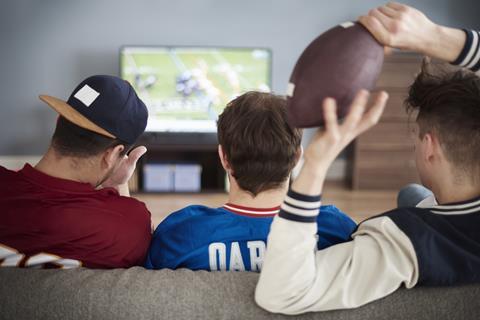 Broadcasting innovations have been a part of the Super Bowl story ever since a staggeringly large 45 million people watched the 1958 NFL Championship game. The first Super Bowl six years later was broadcast for the first and only time by both the CBS and NBC networks, but nowadays the Super Bowl host broadcasting job alternates between CBS, NBC and Fox and, especially with recent games, each network has fought hard to mark the game with technical innovations.

For example, NBC was the first broadcaster to stream the game online in 2012 and pylon cameras and microphones were first introduced by CBS in 2016. NBC managed another first TV when it used 4K cameras at the game in 2018, while two years ago at Super Bowl LIII, CBS introduced a live, wireless handheld camera showing augmented reality graphics.

Last year, Fox Sports produced all 10 hours of its Super Bowl coverage - including the studio-produced material and the half-time show as well as the live game feed - in 1080p HDR (high dynamic range). In addition, viewers were offered an upconverted UHD (ultra-high-definition) stream.