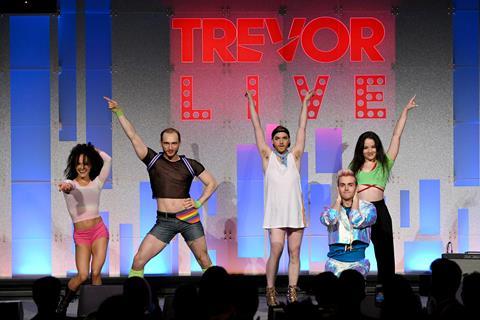 Trevor Live is the bi-annual gala hosted by the Trevor Project to raise awareness for the LGBTQ+ community on suicide prevention and support the LGBTQ+ youth in crisis, bringing together celebrities, corporate partners and allies.

June is LGBT Pride Month, and on June 17, Revry exclusively live streamed Trevor Live across its own network as well as on the Trevor Project’s Facebook, Twitter and YouTube channels.

It also live broadcast to five other media outlets including The Advocate and Q-Life Magazine’s Facebook pages as well as some of the events sponsors. This year also marked the first time the gala was live streamed to Revry’s Pluto TV channel.

The production workflow had many moving parts beyond the onstage presence, from the content delivery network (CDN) used and the strength of the live stream, which was one of the primary challenges.

Speaking to IBC365, Revry chief executive Damian Pelliccione says: “The critical touch points with producing a live feed are always around what CDN is being used.

He explains that technology adoption “is key to our success,” from a distribution perspective as well as ensuring Trevor Live’s key audience being digital natives are delivered the content in the correct medium.

He adds: “When we decided to build our apps and channels, we wanted to work with tech companies who not only understood the growing scale of the LGBTQ+ community but also their proficiency with technology.”

Talking tech
Pelliccione explains the importance of innovation and technology adoption, which sits at the centre of Revry’s business strategy.

He says: “This gave us the power to take back our programming and elevate it to a full-scale broadcast model in which we now control when and what you are watching on screen.”

While its playout system uses Make.TV, specifically design for live events and enables distribution of the feed to both dotstudioPro and Frequency as well as to multiple social media touch points.

Production teams can leverage metadata and filter contributors to explore sources by configured inputs such as professional cameras, mobile contributions and geolocations.

Pelliccione adds: “Last December we reached over 9 million impressions within 4.5 hours of broadcasting Trevor Live Los Angeles, which no other SaaS cloud product can do.” 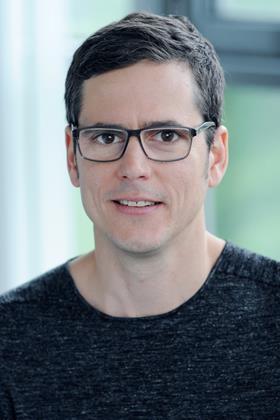 Make.TV chief executive and cofounder Andreas Jacobi tells IBC365 the broadcast workflow today is still “dominated” by hardware-based solutions that are expensive, inflexible and closed off.

Live productions require producers to select the right footage at the right time as the events unfolds, meaning the team needs to have enough operators to capture those moments as well as a team of editors to ensure that the information is accurate, relevant and engaging. This brings a number of logistical challenges.

Jacobi explains: “Today, it can take weeks or months to procure and configure the hardware for a major live production, often involving expensive satellites and large teams on location.

Decentralised and integrated acquisitions and distribution will change broadcasting, Jacobi explained the innovation is driven by futureproofing live productions for advertisers and viewers.

He says: “Broadcasters will have a much greater opportunity to extend beyond silos and build global audiences around unlimited long-tail or niche content.”

Laying the foundations for a new era of TV
Helping to raise awareness globally of the work Trevor Live does as well as tap into an underserved market, Revry successfully broadcast the event using Make.TV’s Live Video Cloud network. 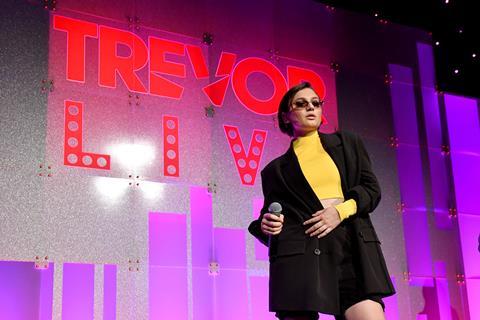 This partnership began in 2017 and has grown to a cloud-based system used to ingest the live footage from an unlimited number of feeds which is encoded in the TriCaster and the footage curated in a multi-view browser which is then sent to Make.TV’s playout cloud system.

The live feed is then distributed to the dedicated social media and broadcast outlets. Initially Revry started out distributing to six channels, which grew to 13 in 2018 and a record 22 in 2019.

Jacobi says: “Revry’s ability to innovate and deliver uniquely curated entertainment to more people than ever before is laying the foundations for a new era in TV history, where content is completely platform agnostic.” 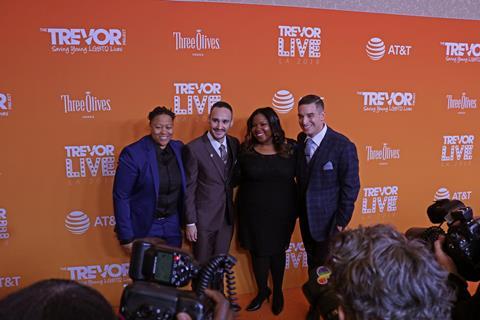 The not-for-profit Trevor Project was founded in 1998 to provide crisis intervention and suicide prevention services to LGBTQ+ people between the ages of 13 and 24.

The event took place in New York and was hosted by Nicole Byer and Eugene Lee Yang with special appearances from Cara Delevingne, Kelly Ripa and Mark Consuelos, who celebrated the Project’s initiatives and community outreach, advocacy and educational efforts.

The Trevor Project first started hosting a yearly gala in Los Angeles in December 1998 and subsequently added the second annual gala in New York in 2003.

Queer streaming
Revry is likened to the LGBTQ+ Netflix, a streaming service dedicated to programmes, music and podcasts for the inclusive 21st century queer community.

“Representation matters at all levels of our industry - now more than ever” - Damian Pelliccione, Revry CEO

It is the first ever global queer streaming service made up of a diverse group of queer, allies and multi-ethnic filmmakers, artists, creators and visionaries.

The company mission states: “[We are] committed to amplifying the voices of our community and showcasing the entire spectrum of the queer experience through multiple media formats and storytelling.”

Pelliccione says: “Representation matters at all levels of our industry - now more than ever and Revry prides itself on having a diverse and inclusive staff and working with the most talented and underrepresented content creators.

“Whether it’s the decision makers in the C-suite, our support staff, or our content creators both on and off screen, we create a truly diverse safe space for multicultural queer-minded individuals to thrive in the broadcast industry.”

IBC2019 will be hosting a lounge talk on LGBTQ+ issues in broadcasting and tech at this year’s show. Find out more here.