The challenger: Can Quibi compete with Netflix and co?

Is Quibi equipped to take on and challenge the likes of Netflix, YouTube and Hulu? The $1 billion investment has been touted by its founders as a category-defining pay-TV service, but will it stand the test of time? 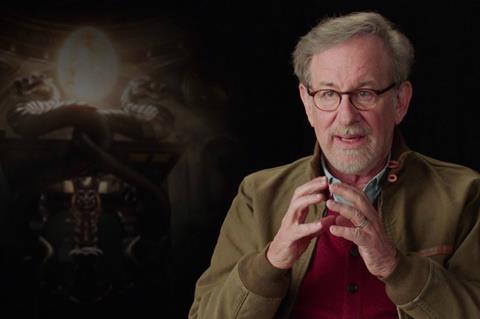 Despite the coronavirus crisis, it launched earlier this month and is backed by a $1 billion programming budget with an impressive A-list line up of talent as well as attractive rights offerings.

However, its launch was relatively quiet and barely disrupted views engrossed by existing streaming services. Netflix released its viewing statistics last week for the first quarter of 2020 and revealed that the service had seen a surge in sign-ups, having gained 15.8 million customers since the coronavirus crisis.

Its total paying customer base was reported at 182.9 million and the global giant forecasted it would add 7.5 million new customers for the current quarter which ends in June.

Netflix is priced at around $13 per month. To disrupt that, Quibi is being offered for free as part of a 90-day trial, then costing $5 for an ad-supported version or $8 a month without ads.

Can Quibi crack the crowded market?
Quibi launched with a specially designed user-interface (UI) for busy people while they’re on the go, to consume the quick bites (Quibi) content on a commute or in a queue. Despite the economic turbulence and global lockdown occurring because of Covid-19, the firm launched the service with the hope that hunger for content would outweigh the current social turmoil.

In its first week, it gained 1.7 million downloads, however, as of last week it dropped out of the top 40 list of free apps on Apple’s US app store.

According to GlobalData thematic analyst Danyaal Rashid, the launch and uptake is “disappointing considering the amount of spare time uses under lowdown have to use entertainment apps.”

As the world adapts to a new normal, perhaps the appetite for quick bite content is not there, as consumers favour longer form escapism from the reality of lockdown.

Rashid adds: “Quibi is mobile-only and people at home are less likely to watch videos on their phones rather than on a full-size TV, and the service does not offer a tablet-optimised version.

“The app’s limitations do not end there. There is no option to add multiple profiles, meaning the app is exclusively for one viewer, which makes its $7.99 a month price tag seem even steeper.”

On paper it sounds like a sure success, particularly as the consumption of content on mobile devices is on the rise and the mobile-only short-form content on Quibi is the perfect sweet spot for its target generation.

In March, video streaming rose 20% globally according to a report from streaming media research firm Conviva with a 26% increase in the US, which found the biggest surge in viewing came during the day between 10 and 5pm when streaming consumption grew 40%.

Quibi’s content slate boasts a series on scripted and unscripted content that are broken down into short chapters up to 10 minutes each, released weekly and created specifically to be digested and consumed on mobile devices.

Its backers include Disney, NBCUniversal, WarnerMedia, Lionsgate, ITV, Liberty Global, Entertainment One and Alibaba and the company has said it booked ahead of its launch $150 million in upfront advertising deals from the likes of Google, Walmart and PepsiCo.

Taking talent to gain subscribers
Steven Spielberg’s After Dark is a horror series that users will be able to watch only between sundown and sunrise local time.

PP Foresight analyst Paolo Pescatore tells IBC365: “Viewing of the pre-launch trailers seems to be impressive. This might help drive viewers to sign up to the trial. The biggest challenge will be converting these trialists into actual paying subscribers. 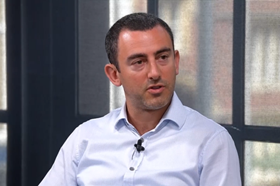 Paolo Pescatore: Quibi must invest “to stand out in a crowded market.”

“That will be a tall order given that the US is awash with online video services. Also, the demographic Quibi is targeting is not accustomed to be paying for content.”

Arguably, Quibi’s success could thrive beyond the US in markets like Asia or Europe, where the demographic it is targeting relies heavily on mobile devices for the consumption of all content.

From the emails to targeted ads prevalent on Twitter and YouTube, the investment and push from its head office is certainly there, so is there just no appetite for Quibi? Has the pandemic actually hurt its launch with so many eyeballs favouring longer forms of escapism?

“Quibi will have to invest heavily to stand out in a crowded market,” Pescatore adds: “At the end of the day it is all about the content and exclusives will help drive awareness. If Quibi can create great stories in a way that connects with audience then it will fly.

“Yes, it is working with top stars. This is no different to Hollywood stars working with Apple on new shows and other streaming video services. For sure, we are in a golden era of storytelling, creators and for movie stars to connect with audiences in a different way.”

Betting big
Ahead of its launch, Katzenberg told Variety it is the high-value content that will find a receptive and ultimately paying audience. “My confidence that people will find this engaging and appealing has never been higher.”

In a response to the sceptics, Katzenberg says “I am an enormous fan of social media content, but what we’ve tried to do is bring a different kind of storytelling and technology into a premium offering.”

In defence of the somewhat weighty price tag for the short form content, the firm’s internal research points to users who would watch less than half an hour per day multiple times per week would “happily pay $5-$8 monthly for the service.”

Pescatore says: “Quibi’s move was high risk at the outset; competing with fierce rivals that have far greater credibility and unique storytelling. There would be no better time to be launching a new service as underlined by Disney’s arrival.”

As global lockdowns continue and the end seems nowhere in sight, the likelihood of users downloading Quibi seems relatively high. The question is if they will retain the service beyond the 90-day free trial and if Quibi will still be around in 12 months-time?