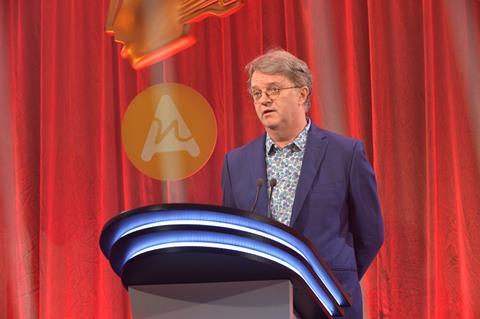 The RTS Programme Awards seek to recognise UK productions and, where appropriate, international co-productions which, between 1 November 2018 and 31 October 2019, have made a positive contribution worthy of acclaim by the industry and UK viewers.

The awards were announced by writer and comedian Paul Merton and were live streamed to nominees and viewers via the RTS website and its YouTube channel. RTS chose to hold the awards behind closed doors due to the coronavirus crisis.

“Despite this, we would like to acknowledge the incredible contribution of all our nominees to the UK’s television output and celebrate our deserving winners.

“This is my last year in the role of chair of the RTS Programme Awards and throughout my tenure I have been proud to witness the outstanding talent in the UK and have been repeatedly inspired by the creativity across our industry.”

Among the winners of the night included stars from Derry Girls, Sex Education, Gentleman Jack and Stormzy at Glastonbury 2019, with Fleabag, The Young Offenders, Ackley Bridge and The Brit Awards 2019 nominated across comedy performances, drama series and live event.

The winner of the RTS Channel of the Year went to Channel 5, with judges recognising the channel’s growth and investment in content.

Judges said: “A confident broadcaster reaping the rewards of years of steady growth and development – a channel that increasingly now both surprises and delights.”

The runners up were BBC Three and Sky Atlantic.

Alex Scott was crowed the Sports presenter, commentator or pundit for the coverage of 2019 Fifa Women’s World Cup for Gravity Media and BBC Sport for BBC One, BBC Two, BBC Four and BBC iPlayer.

Judges said: “A former player willing to draw on immense knowledge of the game to bring confident, concise analysis in a refreshing, inspiring way.”

While the Judges’ Award went to Sister Pictures founder and chief executive Jane Featherstone who is a producer of drama series and was commended for her work over the last twelve months. Previously she worked as chief executive and chair of Shine UK.

Judges said: “It is, by any measure, an exceptional slate of extraordinary work, all in a single year. Drama of the very highest quality, produced with passion and flair by one of the stand-out stars of British television production.”

RTS Channel of the Year