The desire to bring more content of higher quality to more people has been driving, and will continue to drive, activity in the satellite industry.

It’s estimated by the United Nations that, of the 7.6 billion people in the world, only 3.58 billion have internet access. That’s a little less than half. And it will probably come as no surprise to learn that, while Europe is 80% connected, less than 22% of Africa is similarly fortunate. Asia is no better served. 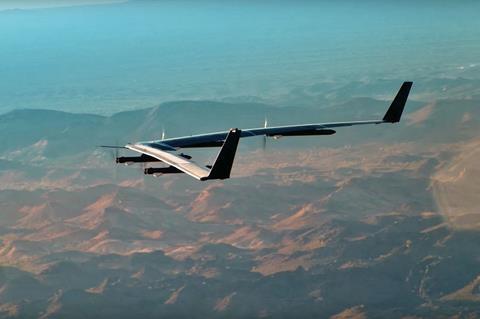 Seeing an opportunity, Facebook launched the Aquila project, a solar-powered drone with the wingspan of a Boeing 737, and designed to stay 60,000 feet in the air for three months at a time. Aquila could, it thought, relatively easily and inexpensively, bring broadband to the unserved areas of the world – starting with Africa. In June this year, however, Facebook abandoned the plan.

Availability of connectivity is only one of the barriers to more widescale internet access – increasingly, the way in which we are consuming content. In sub-Saharan Africa, for example it is said that round 60% of the region’s population do not have electricity. Cost is also an obstacle, as is literacy – and the fact that more than three quarters of online content is available in just 10 languages, effectively disenfranchising more than half the world’s population. It is, as the World Economic Forum said, a big, complex and multi-dimensional problem.

Connecting potential new consumers is, however, one of the key drivers of satellite launches in the past year or so – and looks likely to continue to be so. Satellite operators are, however, also responding to our apparently unquenchable thirst for data – whether for online banking, Instagram or sharing movies of cats. And, of course, more traditional entertainment. In the latter, quality is key to an increasingly sophisticated and demanding audience, and the industry is looking to provide the bandwidth necessary to enable HD, HDR and UltraHD.

Sub-Saharan Africa is the target for Spacecom, who will launch the HTS-enabled AMOS-17 satellite to 17°E. The satellite will, according to the company, be the most technologically advanced to service Africa and will deliver a large variety of services with its digital payload. Spacecom says it is also furthering its AMOS-8 programme, and is currently considering various options for the new satellite which it plans to co-locate at the AMOS 4°W ‘hot spot’. It too will include new technologies to enable its customers to deliver new services.

It’s not just about bringing services to new regions of the world. According to SES, there will be 262 million new homes to be served by 2023 – and some 300 million homes are still relying on analogue technology.

For SES, recent satellite launches have been all about enhancing its video capability, with no fewer than four launches in the past 18 months. SES-14 and SES-10 are expanding the company’s video capabilities across Latin America with two different missions. SES-14’s wide beams are designed to grow SES’s cable neighbourhood at 47.5 degrees East, which carries premium content and reaches over 20 million TV homes, with 98% cable penetration. SES-10, located at 67 degrees West, is designed to help DTH operators expand their reach, with three major beams over the region (one for Brazil, one for Spanish-speaking countries, and one for Mexico and Central America). 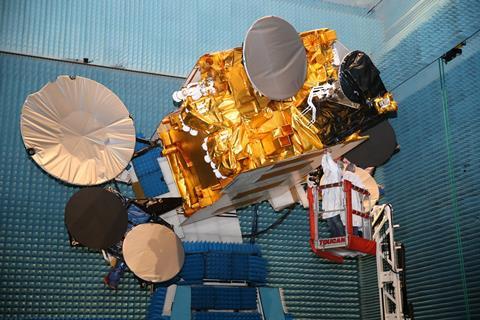 SES-11, launched about a year ago, is located at the centre of the arc that is the company’s key media distribution neighbourhood over the US and home to its UltraHD platform. Its C-band capacity is said to be optimal to boost the delivery of high picture quality content, in both HD and UltraHD.

Finally, SES-12 will be co-located with SES-8 at 95°E orbital position, and they will reach 18 million TV homes in Asia-Pacific. According to SES, the satellite - planned to be operational in Q1 2019 - will elevate viewer experience by enabling pay-TV operators to deliver content in higher quality.

In September, the company announced the launch of CIRRUS, a hybrid satellite-OTT delivery solution. CIRRUS will, according to the company, provide a turnkey content delivery solution via satellite and OTT to operators seeking to launch or upgrade their service, offering the benefits of rapidly deployed video services, low operational costs, high image quality and consistent end-user experience. Through its dual offer of turnkey DTH services and OTT multiscreen delivery, Eutelsat said that the new service represented a further step in the company’s integration of satellite into the IP ecosystem.

And, looking further into the future: just before IBC opened its doors, Eutelsat announced it had signed an agreement with Arianespace that will see it undertake five launches between now and 2027.

Intelsat
Meanwhile, not long after IBC closed its doors, Intelsat and Azercosmos, the national satellite operator of Azerbaijan, announced the successful launch of the Intelsat 38 and Azerspace-2 satellite. Intelsat 38 is a Ku-band satellite to be placed at the 45°E orbital location. It will replace Intelsat 12 and host DTH platforms for Central and Eastern Europe as well as the Asia-Pacific region. With its focus on cooperation between operators, it seems possible that this launch may presage greater collaboration between companies who might previously have seen themselves as competitors. Intelsat 39 is expected to follow next year. 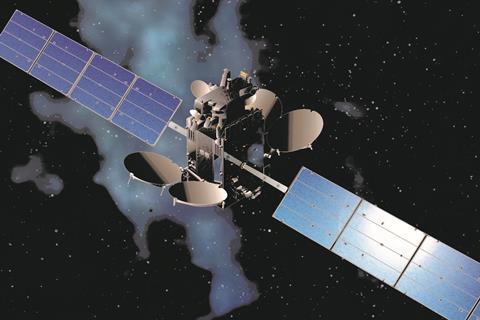 Concurrently, the company announced the launch of its Horizons 3e satellite, which is owned by a joint venture between Intelsat and SKY Perfect JSAT. It will, says the company, bring high throughput satellite solutions in both C-and Ku-bands to Asia and the Pacific Ocean region from its orbital slot at 169°E.

While much launch activity focuses on either serving new areas or consolidating/improving coverage in existing areas, the industry is also planning for what happens beyond HD and UltraHD. A case in point was the announcement by Arianespace in April this year of an agreement with Japan’s Broadcasting Satellite System Corporation and satellite manufacturer Space Systems Loral to launch the BSAT-4b satellite on an Ariane 5 rocket in 2020. Major sporting events have a habit of driving developments in the broadcast industry, and the 2020 Olympics in Japan looks likely to be no exception. Host broadcaster NHK has announced plans to deliver Tokyo 2020 in 8K resolution.

The Russian Satellite Communications Company, meanwhile, has confirmed that it will be augmenting its constellation with the Express-AMU3 and Express-AMU7 communication and broadcasting spacecraft. They are planned to be launched into geostationary orbit in 2020 at 96.5°E and 145°E respectively.

Inevitably, much of the focus in the satellite industry is on the operators – but the role played by those who support the operators should not be underestimated. During IBC, Newtec and Arabsat announced the signing of a new multi-million Euro contract, expanding their long-term partnership.

The agreement will enable the launch of new HTS services in the Middle East and Africa. Under the partnership, Arabsat will deploy a Newtec Dialog platform with a variety of Newtec’s DVB-S2X wideband modems.

Geography, bandwidth and quality, then, continue to drive activity in the satellite sector. While the industry looks to serve new regions, players are also consolidating their positions in existing parts of the world. The blurring line between traditional broadcasting and Internet access continues to fuel the requirement for capacity – a challenge only compounded by our apparently insatiable demand for more pixels and higher resolutions.

Meanwhile, universal, affordable Internet access remains a part of the United Nations’ Sustainable Development Goals. How long it will take for that to be achievable is unfathomable. What’s certain, however, is that it will depend to an enormous extent on the continuing efforts of the satellite industry.

Read more Satellites: Still at the heart of the industry