Four major satellite operators have created a US-based consortium to manage the transition of their valuable C-band frequencies for 5G use by US telcos. It could result in a windfall of tens of billions of dollars.

The consortium of Intelsat, SES, Eutelsat and Telesat of Canada control 100% of the C-band capacity over the US. While there will be costs and a degree of hard work to reassign their clients (almost all the US cable and IPTV operators) to other frequencies and perhaps different satellites, there is still likely to be an enormous benefit to the four majors. 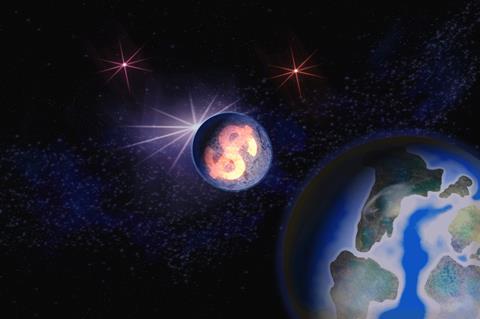 The quartet is already talking about making 200 MHz of capacity available. The financial impact is all down to the amount likely to be paid by the telcos for the frequencies.

Importantly, the US Federal Communications Commission (FCC) is pushing for at least 200 MHz to be allocated, and some senior members of the FCC are arguing for “at least” 200-300 MHz to be freed up. On 2 October, FCC Commissioner Michael O’Rielly, addressing the 7th Annual Americas Spectrum Management Conference in Washington praised the four’s initiative, saying how much the FCC welcome the move but that 100 MHz simply would not suffice. O’Rielly has spearheaded the search for a workable way to harness C-band for 5G for the past two years.

However, and just to balance the argument, there were some grumbles from the satellite sector that the Commissioner’s comments might represent a “slippery slope” and perhaps lead to 500 MHz being re-allocated – and that would be too damaging to the industry.

The FCC’s sympathetic backing to the C-band proposals is important, but it isn’t yet totally agreed. That agreement will be in place by – no later – than mid-2019. But there’s another potential complication. The consortium of four players, albeit with a near 100% control of spectrum, could be threatened by other satellite operators who operate on the fringes. For example, Bermuda-based ABS, Japan’s SkyPerfect JSAT and several Latino operators are also supplying some wide-beam C-band into the US, and in the same frequencies, and are licensed by the FCC.

Those are downside risks to the C-band financial prize, which is likely to be significant.

The FCC wants a “market based” solution. In other words, the Consortium can sell or auction off its spectrum. The bandwidth will not have to be sold with any sort of FCC-mandated financial involvement. 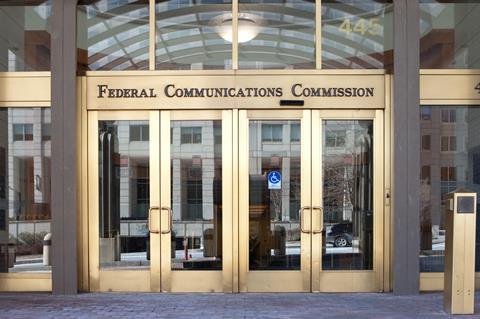 A recent report from hedge fund Kerrisdale Capital Management said that the satellite operators would benefit “massively” from the reallocation.

“If the price is right, Intelsat, SES, and perhaps a few much smaller peers will roll up their sleeves and work with incumbent users to free up the spectrum. This market-based approach not only appeals to the FCC’s ideological bent; it’s also eminently practical, liberating meaningful amounts of bandwidth in a short period of time and helping the US win the so-called race to 5G.

“In our view, the Intelsat/SES proposal is by far the leading contender for C-band reform – a high-probability base case, not a long shot.”

Kerrisdale suggests that Intelsat would see a massive 757% upside (of some $151 per share) while SES would gain a 217% upside (of €51 per share) if their C-band hopes are realised, and perhaps exceeded. The hedge fund suggests that 400 MHz of C-band could be in play subject to the FCC decision. Kerrisdale values the spectrum at just 50c per MHz (per ‘pop’, or one MHz of bandwidth passing one person in the coverage area) which suggests a massive $60bn overall valuation.”

The magic number is the formula mentioned, of so many cents per MHz ‘pop’. (MHz pop is the name of a telecommunications industry measurement. It refers to one megahertz of bandwidth passing one person in the coverage area in a spectrum license. If you have 6 MHz of spectrum reaching a region of 1 million people, you have 6 million MHz pops).

This formula has been translated by other experts. While Kerrisdale suggests an overall valuation of $60 billion, equity analysts at investment bank Jefferies suggest at a low price/MHz ‘pop’ that Intelsat would gain almost $4 billion ($3.937bn), SES of €3.557bn, and Eutelsat €395m).

However, Deutsche Bank suggest that windfalls could be much greater. Deutsche Bank says: “The C-Band auction in the US, we have estimated, could generate as much as $11 billion gross, but SES & Intelsat are the main groups with exposure; Intelsat/SES with 40% share each, whereas Eutelsat below 5%” (as is Telesat’s likely share).

Jefferies reckons that the 200 MHz has been agreed internally within the Consortium, which accepts that a 200 MHz release is technically feasible.

“We think a 200 MHz commitment will emerge imminently: spectrum re-farming thrives or dies on an ecosystem’s appetite for change - bringing forward a better offer can only help momentum; equally, there is an incentive to bring forward the revised offer sooner rather than later.”

Moreover, Jefferies delivered its forecasts based on a benchmark Italian auction of spectrum which they guesstimated would generate €0.31-€0.34 per MHz pop. Events in October proved those estimates as wrong. The Italian auction achieved a spectacular 42 cents/MHz ‘pop’. This implies plenty of upside – even beyond the US spectrum selling for at least $1 per MHz pop, and nearer the Kerrisdale estimates of $50-$60 billion, spread between the Consortium partners.

These are ‘once in a lifetime’ benefits, permitting heavily indebted operators such as Intelsat to wipe out its borrowings, and for those with normal corporate borrowings (such as SES, Eutelsat and Telesat) to either make generous returns to investors.

The next year or so should be fun. The windfall could permit acquisitions to be funded, if they wish, and further industry consolidation to take place. Moreover, it could give the satellite sector much greater flexibility of action.