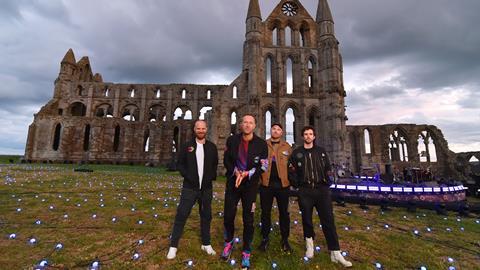 With the likes of Coldplay, Ed Sheeran, AJ Tracey and Ann-Marie taking to the stage for Radio 1’s Big Weekend, the challenges of capturing their performances amid coronavirus restrictions also presented new opportunities for the production team.

Radio 1’s annual Big Weekend music festival would usually be an occasion for thousands of music fans to gather and listen to their favourite bands; the 2019 event took place in Middlesbrough in front of 64,000 fans with performances broadcast on radio and streamed on the broadcaster’s iPlayer platform.

But, as with all live events, the spread of coronavirus resulted in the cancellation of last year’s physical event which instead took place online, with bands and artists capturing their performances at home and in studios.

“Big Weekend can’t take place as normal, and last year we staged a virtual Big Weekend, so this year we wanted to see what could bring back, and if so, at what scale,” said BBC head of visual radio Joe Harland.

“Last year we had lots of self-filmed content, which allowed for greater artistic expression and this year will be somewhere between the two (2019 and 2020).”

For the first time in its 18-year history, Big Weekend will be spread across four days, with 100 live acts including headline performances from the likes of Coldplay, Ed Sheeran, AJ Tracey, Jorja Smith and Ann-Marie. 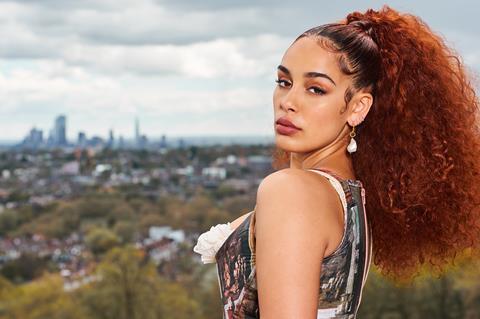 While some have recorded at the BBC’s Radio Theatre, five of the sets have been filmed on location in front of iconic backdrops, albeit without any crowds. But this, says Harland, has opened up creative opportunities, for example allowing his production teams to position cameras in places where they not normally able to and, because they have all been pre-recorded, the option for more than one take.

“We wanted to create five amazing 30 to 40-minute sets for iPlayer that take viewers to different places, with a look and feel audiences can revel in that is more immersive than a normal festival stage,” he says.

Harland says they were able to create different looks for each performance, shooting on a variety of cameras, including Arri Alexas and Sony F55s.

They also used a Vortex aerial camera system, a small footprint tower camera that has allowed for the capture of sweeping shots akin to those captured by Technocrane.

“And lots of drones,” says Harland. “Hopefully people will see that not having crowds has created new opportunities, allowing us to shoot and stage things in different ways, such as one artist on a video mat from above.”

Covid restrictions
One of the biggest challenges of shooting amid Covid restrictions, aside from working with fewer production staff on site, has been the level of planning required. “There are considerations all the way through, such as footfall,” says Harland. 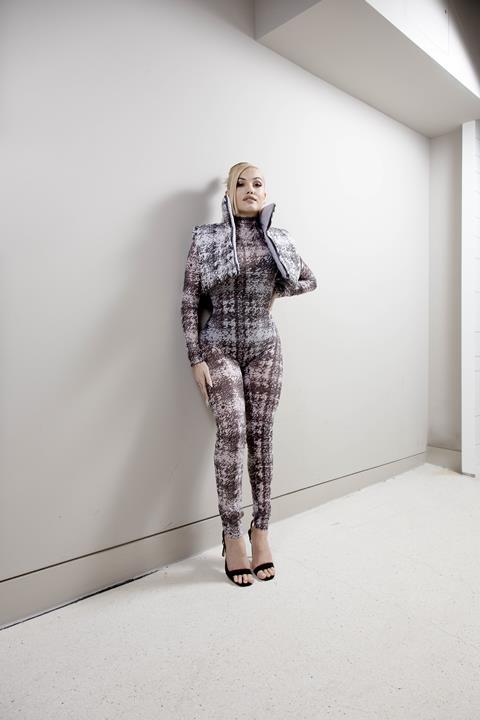 “For example, you might be walking to the performance area but, because of the one-way system, if you overshoot you have to go round in a circle because you can’t double back. But the events team at Radio 1 created a remarkably detailed process, and the great thing is that everyone understands.

”We are all delighted to have live music back, and happy to be putting it on TV. The artists have been itching to do it and to create something that excites people once again. Our hope is that viewers will watch it, and then they will then want to go and watch live music in person.”

As well as being available on iPlayer (with output made available in synch with radio output), there will also be a 90-minute show broadcast on BBC1.

“We know how to make the most impact with our audience, and that is to release all of the sets on iPlayer, put some tantalising tracks on YouTube and some intriguing, entertaining ‘OMG’ content on all of our social channels, such as TikTok, Instagram and Twitter, safe in the knowledge that when you create something meaningful for an audience they will then create something innovative and give it a life of its own.”