Film trailers play a vital role in marketing budgets that can cost hundreds of millions of dollars, but different changing consumption methods have changed the nature of trailers.

With the number of films released each year more than doubling since the year 2000 and streamers such as Netflix building a reputation for features, new titles need to find ways to cut through. 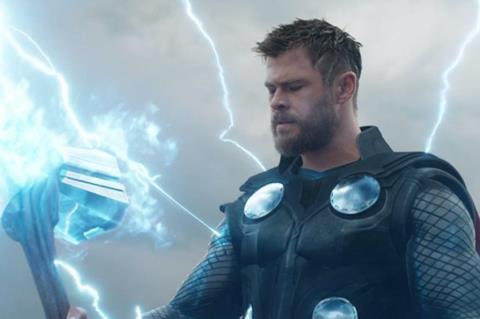 Trailers are critical to a film’s box office performance, sitting at the heart of marketing campaigns that can cost US $100m and up on the biggest blockbusters.

Marvel Studios’ Avengers: Endgame is believed to have had a monster marketing budget of US$200m. Its trailers now take top spot on the ranking of most-watched trailers within 24 hours of release. The first full trailer dropped last December, with five months to go before the film release date, clocking 289 million views in one day, according to data research portal Statista. Seven of the top 10 most-watched trailers are from the Marvel Cinematic Universe.

Endgame directors the Russo brothers know how important it is to get the trailer right. “The thing that’s most important to us is that we preserve the surprise of the narrative,” said Joe Russo in a recent interview with Empire Magazine. “When I was a kid and saw The Empire Strikes Back at 11am on the day it opened…it so profoundly moved me because I didn’t know a damn thing about the story I was going to watch. We’re trying to replicate that experience. “

The strategies behind trailer content and timing are informed by traditional research, alongside insight gleaned from social media, not forgetting analysis by machine learning. Last year, 20th Century Fox published a blog on how it is using AI to analyse trailer footage. The studio partnered with Google on the initiative, dubbed the ‘experimental movie attendance prediction and recommendation system’ (aka Merlin). Trailers were examined frame by frame and data collected to determine what content appeals to different target audiences.

Data collected through social media has become central to decisions around devising and releasing trailers. “Most major film studios have ongoing social media tracking so at this point it’s become the default data strategy element for them,” says Anna Zaikina, the head of social media insights at creative agency DMS, which has worked with many of the major movie studios. “Social media data is very different from other sources. You get immediate, honest, unsolicited feedback from audiences which really matters to clients.”

“We’re really seeing the impact of what we’re doing on how the digital marketing and publicity teams plan ahead – things like trailer edits, especially when the first trailer gets released, is when you’re likely to get the most social buzz and to understand what drives negative or positive reaction, perhaps around special effects or sometimes negative press publicity behind talent or film-makers.”

Different formats
Once upon a time, trailers were just that. The first trailer, cut in 1913, was shown after the cinema’s main feature. Fast forward over 100 years and although we still have full trailers of up to two and a half minutes, each trailer will also have a raft of cut-downs adapted to suit different platforms and different audiences. Data suggests that Twitter works best with 45 seconds of video, Facebook one minute, Instagram 30 seconds (only 15 seconds allowed for Instagram Stories) and YouTube two minutes.

Teaser trailers, featuring early footage, are dropped up to a year out from a movie’s release date. And there’s the inevitable ‘leaked’ content. Obscure footage from the set of the upcoming Sonic the Hedgehog movie, starring Jim Carrey, recently found its way around the internet. While information about the new Star Wars episode (due for release December 2019) inevitably created ripples ahead of the first trailer screening on April 10th. “We’re finding leaked content can sometimes receive more buzz than the official drops,” says Zaikina. “Sometimes we wonder if some of that could be part of the strategy.”

Alasdair Barley is a social producer at DMS, recently creating trailers for BFI re-releases and indie titles, as well as adapting various trailer assets for Warner Bros’ Godzilla: King of the Monsters and Shazam!. “On social spots typically it’s three seconds to capture attention when scrolling, so you have to do bumpers to capture attention,” he says. 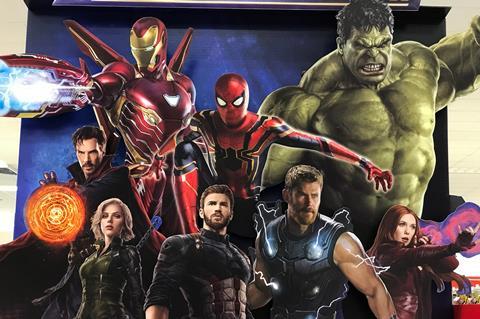 Most social media content is viewed on the phone, with the sound turned off, so the power of music and voice-over is nil. “You have to add subtitles,” says Barley. “There are interesting connected ways you can get viewers to see it on phone and be excited. We are always exploring innovative ways for the text to appear kinetically. This is often in relation to the genre of the film. In Godzilla, for example, we incorporated his fire breath destroying the text.” A recent Shazam! spot for YouTube was designed to look as if the masthead was breaking out across the screen; the spot went from a 1:1 aspect ration to full aspect ratio.

Zaikina describes the importance of measuring how much of a trailer people have actually seen. “For ads and paid posts we tend to create shorter assets up to 60 seconds and even that we’re finding to be too long…we’ve got such a short window so it’s important to tailor the asset depending on the medium, the target audience and what you’re trying to say.”

Using the best bits
Naturally, it’s important to see how trailer assets are working as part of the whole marketing campaign and to see how other studios are making and deploying trailers. Studios will track social media around similar titles and compare reaction to key events in the film cycle, as well as box office performance. “Over last couple of years we’ve been leaning a lot more towards benchmarking,” says Zaikina, “aiming to contextualise performance of a single asset within the whole campaign or compare a content drop to an equivalent one of a competitive title.”

This is not a game of innovative content. Audiences know what they like and need to identify with the content and themes in the trailer. Jonathan Sadler, founder of Magus Marketing, has 20 years experience in film and TV distribution. “A lot in film marketing is there make audiences feel at ease, to feel that a film is worth their investment and not necessarily too different.” He points out that it’s now common for trailers to include reassuring quotes from local press reviews.

Using the best bits of a film to encourage people to come along, whilst not giving away the whole plot is always a balance. “For Godzilla, there are 17 new different types of monster, so we only released footage of four of them,“ says Barley. “We only showed certain parts as we don’t want to give too much of the game away.”

Sometimes the not-so-good bits of the film can also get a picture noticed by a wider public. The first images released for Guy Ritchie’s live action remake of Aladdin attracted an internet storm about Will Smith’s blue genie, adding criticism to earlier accusations of white-washing. A full-length trailer drop in March, echoing the original film, smoothed the waters.

Audience reaction to trailers for a film that’s part of a franchise, a re-make, or a sequel, is very different from a one-off release. “You won’t have same driver for a brand-new drama as opposed to something with fanbase,” says Sadler. “There’s so much more anticipation for new trailers for franchises like the Marvel Universe or Frozen 2. The driver behind is for clues about what’s happening next.”

Leveraging the fan-base is an important consideration. Fans in their millions will pick over every frame for hints about the story. Launching trailers at fan conventions is common practice. Warner Bros’ used WonderCon 2019 as a platform to launch its trailer for Annabelle Comes Home, the third in the Annabelle horror series. The first trailer for Star Wars: The Rise of Skywalker was launched at a Star Wars Celebration event in Chicago.

Of course, trailers can’t exist in a marketing vacuum, large chunks of money are spent to get them, and other marketing assets seen. “They have to be backed up by advertising and PR. You need to see a film over various touchpoints,” says Sadler. “But it’s an audio visual medium, so no there’s no better way of selling it.”