Take your partners for the 5G revolution

ViacomCBS has detailed eight key areas where 5G technology is likely to see a significant impact across the entertainment supply chain and market. Michael Burns explores how the media giant first hopes to get the telcos to buy into its vision of the next stage of mass consumer engagement. 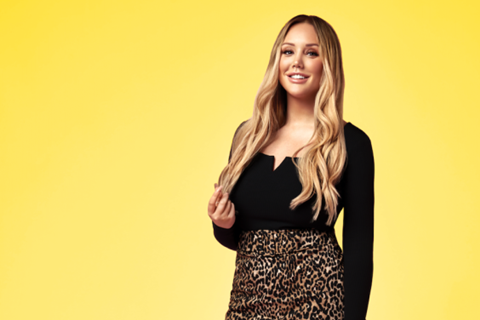 The Charlotte Crosby Show: One of MTV’s leading shows

“In the past year we’ve all seen the acceleration of various digital trends, but one of the things that’s actually slowed down a little is the rollout of 5G,” says Brendan Yam, SVP & general manager, Viacom Digital Studios International.

“We took time [in 2020] to do a fair amount of testing of 5G on the production side, and through programmes such as the IBC Accelerator project that we ran with IBC in Amsterdam. As part of all that experience, we started to codify the way that we were seeing the opportunities within 5G.

“What became really apparent was that it wasn’t just about one part of how we were working in media, it was the entire value chain was going to be massively affected by the introduction of this technology,” he continues.

“Given the huge potential impact, we thought it important to put out a position which looked at that landscape of technology for media providers.”

In this, VCNI identifies areas that contain most potential for 5G to enhance content and fan experiences, including:

“Each one of those areas is a business unto itself,” says Yam. “What we realised, particularly working in partnership with telcos, is it’s critical to start to see massive demand for 5G from consumers to get that entire chain going. To do that we need to start to put together these amazing, game-changing experiences in a way that consumers actually notice, in a way that they can see, feel, and engage with what’s going on. Then we can really start to package in all those experiences.

“We’re one of the leading broadcasters in the world, we’ve got 450 broadcast channels, a full suite of digital streaming products, massive fanbases and followings on social media, all of which are really critical to success in the space, but we can’t do this on our own,” he continues.

“We need the whole industry to come together to not just badge products as 5G but really deliver truly new 5G experiences to get that whole system going.” 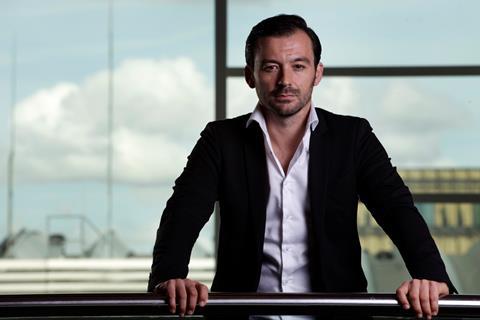 Olivier Jollet, recently appointed as SVP of strategy and business development, streaming and head of mobile for VCNI, stresses that telcos are the key factor.

“There are always lot of papers about opportunities around new technologies — there were lots of debates around 3G and 4G,” says Jollet. “What 5G is bringing with its speed, the bandwidth and faster connection, is a mass connectivity which has never been seen before. That will massively change the way people consume entertainment.

“Obviously as Viacom CBS, we have a lot of strengths that we can leverage to serve the 5G experience,” he continues, pointing out in-house IP such as popular culture brands like MTV, Nickelodeon, Comedy Central, streaming products such as the recently launched Paramount+, and events such as the MTV Music Awards (VMAs) and the MTV Unplugged series.

“Even if you have all the amazing strength that we have in-house, you can’t build an industry by yourself,” he says. “What we’re talking about is a brand new economy, which will impact the mobile operator, the production company, and the entertainment company.”

Partnering for progress
The coronavirus has of course had an impact on all of the above. Jollet sees 5G and its increased connectivity as coming to the aid of specific parts of the industry. “It’s a huge challenge for the production companies to have a Covid-safe environment on the production set,” he says. “The 5G project we did in Amsterdam at the IBC was an example of everything being managed remotely, the cameras were all on drones, and so on.”

Yam says such collaborations are useful in order to figure out where the pain points are, and who has solutions to them. “In that [trial] we realised the telco has an enormous amount of intelligence on exactly what is going on within the network space that we’re operating in. They’ve never historically exposed that to us.

“The kind of projects that we’re looking for going forward are end-to-end consumer experiences together with the telcos to showcase what’s possible; building 5G on the production side, but doing it in such a way that consumers actually see that difference,” says Yam.

“All these concepts of interaction between users of events, whether they’re online or physical, will become a reality because people have access to [5G] technology,” Olivier Jollet, ViacomCBS Networks International

“On the visual (‘See’) side of this, we’re looking at different execution, more cameras for example, in some scenarios, turning control over to the users. We’ve seen really strong reaction with things like the VMAs when we launched the ‘Stan Cam’, where fans could follow one particular artist. That was a fixed camera setup, but with this technology we have a lot of opportunity to basically turn that power over to users, particularly as they love to engage with talent – it’s all possible right now, we just have to connect it all together.

“On the Feel side, what we’re looking to do is actually make these events, or make these productions feel like you’re not just in a broadcast scenario, you’ll feel like you’re at a participatory event, and you’re really engaging with other folks, with the talent, and it feels very much like you’re a part of something live. Then the ‘Engage’ side is really where you can affect the production.” 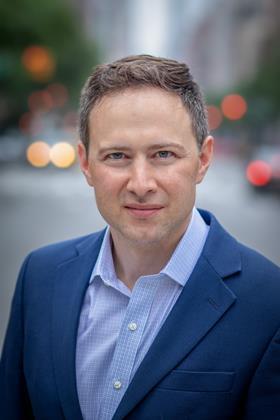 Yam provides the Nickelodeon Kids Choice Award as an example. “This year, given everything that’s gone on with the pandemic, instead of hosting it in a stadium as we normally would do, we created a massive fan wall for participation, remotely connecting hundreds of participants.

We also allowed one of the audience families to present an award [during the show], literally breaking through the fourth wall. We also allowed all of the fans around the world to vote on who had the best design from the participants – they were all given kits to do a design – for a Nickelodeon Kids Choice Award. We didn’t have 5G connected on that, but imagine if we did.”

Yam observes that 4G turned social media from a desktop application into a mobile application and massively expanded the user base. He predicts 5G will have a similar impact on live and interactive broadcasts. “It will massively extend the use case and the user base for that type of programming,” he says. “Established markets that already have a lot of different media experiences are the ones that are going to really get supercharged. It’s about taking incredible IP that people already know, taking big fan bases that you can already activate, and taking that technological know-how and putting it together. We want to take existing brands and programming to the next level, and then start to create new formats and new options.”

Connecting online
The first goal then is to help the mobile operators to showcase the value of 5G to end users. “Phase two will be when there is an adoption to really create all those experiences, which see, feel and engage with the 5G technology,” says Jollet.

Taking the adoption of VR and AR as an example, Jollet predicts that 5G will boost these ways of consuming content. “The speed and the bandwidth required to have a real experience at scale was not there, you could only build an experiment or a short video,” he says. “Now with 5G, it could be a full experience. That is really very exciting.”

Another target is the automotive industry, and the entertainment experience that can be created within electric vehicles when cars are equipped with 5G SIM cards. “It’s still at an early stage but it’s going to be super exciting to have the car connected,” says Jollet. “The main focus is safety, but it’s also going to be a fantastic accelerator for entertainment offerings on the rear seats.”

Yam quotes a report that predicts the electric vehicle market will be worth over $1 trillion by 2027. “You’re talking about a pretty connected environment, so there’s tremendous opportunity to reinvent that experience,” he says.

“What is also interesting is that [according to] reports and analysis, for a lot of countries, the main source of connectivity will be 5G,” says Jollet. “It’s already the case with 4G in [some countries in] Africa and Asia and South America, where most people are using the mobile network to access streaming services. That will be massively sped up with 5G.

“At a global scale 5G will connect people to each other,” he adds. “All these concepts of interaction between users of events, whether they’re online or physical, will become a reality because people have access to that technology.”

Concrete use cases
Jollet says the reaction to the 5G initiative has been encouraging. “We tried to come up with concrete use cases in that white paper. It’s always the case with new technology — people talk a lot about what you can do in the future. We’re trying to explain what we can do right now. Obviously, we know that there is a phased approach because the technology is not yet available for everyone, but we tried to put the immediate opportunities for partners and mobile operators in the paper. There’s been a lot of positive feedback on that, [recognising] that it is already feasible now and [offering to]partner together.”

“We need the whole industry to come together to not just badge products as 5G but really deliver truly new 5G experiences to get that whole system going,” Brendan Yam, Viacom Digital Studios International

As well as speaking to IBC365, Yam has recently appeared on a 5G panel at the MediaTech 360 Summit and has other speaking engagements to share the ViacomCBS message to the broadcast industry.

“You’ll see us striking a number of partnerships,” Yam reveals. “We love to work in cooperation with our peers and the broadcasters in programmes like the IBC Accelerator programme. It’s a phenomenal way to explore, identify the pain points, find the opportunities to work together and help vendors to consolidate our needs.”

According to Mark Smith, innovation lead and advisor to IBC, the IBC Accelerator on 5G remote production is ongoing. “ViacomCBS will continue to be one of the 10 champions,” he says. “[The IBC Accelerator] is extending from just remote production into innovation in live workflows. It’s going to look at things like multi cloud productions and mobile edge computing, which is a big part of 5G, as well as low-Earth orbit satellites, and ViacomCBS is continuing to be a part of that collaborative project within IBC.