IBC2017: TV is here to stay forever and those who predicted its downfall are wrong, according TF1’s distribution head Fabrice Mollier. 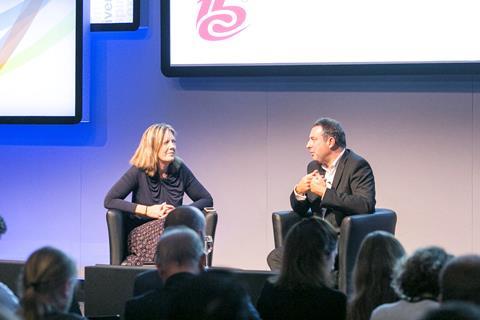 Mollier added that the naysayers most probably work in advertising, according TF1’s distribution head Fabrice Mollier.

Sharing a series of stats that made the case for free-to-air commercial TV’s healthy and ubiquitous future in Thursday morning’s session TV is Not Going Anywhere Mollier argued that TV is at the very heart of video usage.

According to Mollier, in France 4.6m people watch TV daily in catch up regardless of which screen, while 45m people watch live TV daily on a TV Screen.

Mollier added that the ad-friendly Millennial demographic is also not pressing TV’s off switch as quickly as analysts once predicted.

“Despite a decade of disruption, standard TV viewing has remained resilient”

Mollier took Europe’s most disruptive market – the UK – and demonstrated how TV viewing accounts for 57% of all millennial digital video consumption.

He added that the truth was, despite a decade of disruption, standard TV viewing has remained resilient.

Using the UK again as a case in point, where 89% of housesholds have access to the internet, TV viewing has remained static at three hours and thirty minutes per day.

However, whether TV would continue its resilience and defy its doom mongers is a moot point.

Mollier said that TV would be around forever – but when the IBC session audience was polled only 20% of the audience agreed with him, with 80% giving TV just another 10 years.