Meticulous planning and pre-visualisation were used to create Disney feature The Jungle Book.

Not one frame of The Jungle Book was shot in a jungle.

Instead, the Jon Favreau-directed film was shot entirely on a blue-screen stage in Hollywood, thanks to virtual production techniques that put actor Neel Sethi in a CG jungle where he was joined by a cast of CG animals. 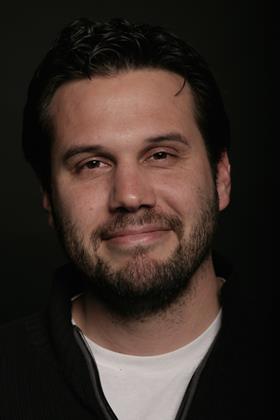 Valdez shares his insights on the direction of innovation in computer graphics, virtual production and virtual reality.

IBC365: Tell us about the virtual production process, and where does it go from here?

Valdez: The nature of shooting photography on The Jungle Book required meticulous pre-planning via the creation of detailed computer animations…we used a motion-capture stage at first to capture the movement of human performers acting as animals. This was just a scratch pad to block out the action.

Most of the time, animators would create more detailed animation from this in order to refine the action. A normal process of editing this footage provided our pre-visualisation reels we used to plan the photography.

We would then pre-light each scene in the computer with Cinematographer Bill Pope so that when we arrived on set, we had a total plan.

Later in post-production, when animators created the animal performances and digital artists built the CG jungle around our young actor, we could always refer back to our initial previs as a guide.

From here, we aim to refine the tools and process itself. It’s not cheap, and really hard to do..over time I think these tools will be employed on all productions with big VFX and/or animated content.

Virtual reality tools are currently game-making tools. But the general field of CG is catching up to what game people have established, and the real emphasis is on the use of real-time graphics capabilities based on the hardware inside the computers.

We’ll be seeing a new kind of super-computer graphics cluster providing a very lifelike experience inside the computer for filmmakers as we continue to emulate the world they are familiar with.

IBC365: What are your thoughts on VR? Does it have a place in narrative entertainment?

Valdez: MPC has been developing VR tools for use in sequence and character design. The wonderful utility here is that one can “be” in artificial spaces, or walk around artificial models or characters.

I’d say narrative is the least immediately compelling and comfortable.

Storytelling functions via specific focus, reveal and sequence. If someone misses something vital, the story can stop working.

Looking all around as a story unfolds, becoming intrigued by the world, or being preoccupied by the concern I’m not getting vital information can all be distracting.

When goggles feel less scuba-like and artists learn how to master all these concerns, VR may find its place in the mainstream. For now, however, I’d say it isn’t key to the human need for story nor the primary way of receiving story.

IBC365: For The Jungle Book, you had to create a CG jungle, fur and water. Where do you see CG R&D heading?

Valdez: I see so much advancement in simulation. The computer is good at physics, and as computing power increases year-on-year we are able to simulate reality in more detail.

This applies to the physics of movement, of materials, and light. However, our job is to bring an aesthetic realism; we control the timing, form and beauty of things. Taming physics is tricky! R&D folks continually work on this balance, making us tools that give us reality combined with control.