What caught my eye: 360-degree capture and 4K streaming

IBC2017: The final instalment of the popular What Caught My Eye series of sessions concluded with producer and social media expert Muki Kulhan scouring the exhibition halls to come up with her best buys for web-broadcasters. 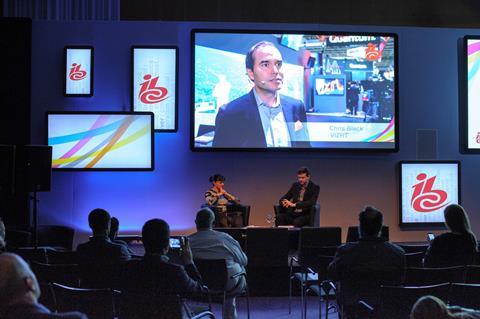 What Caught My Eye: Muki Kulhan and Tom Marshall

Her top picks included Sony’s RXO mini action-camera, a GoPro rival with WiFi links, which “is extremely robust” and versatile with 4K functionality and super slow-motion all in a miniature package weighing just 110 grams, for about €850.

Muki was impressed with ‘City Producer’. “It’s an app designed by a broadcaster for broadcasters,” she said, with amazing functionality and enables just about every need with waveform, vector-scope adjustment, digital stabilisation, plus edit functions. “It’s a self-sufficient end-to-end production unit.”

Norway-based Vizrt was a “stand-out” pick for social publishing, and easy to create a one-person show if needed.

Primestream also made her list for its dynamic media management and capable of handling 360-degree content and 4K for instant upload to streaming sites.

Mobile Viewpoint and Spot On were also well-worth a visit, while anti-piracy solutions from TMG made her list.

Stream Guys was “cool” and handled the often forgotten – but very important – audio side of the business, including functionality for the hearing impaired.

Muki also mentioned Facebook 360 [Hall 14, B26] and praised its publishing tools for 360 with its open source video potential. “It makes 360 very easy for Facebook,” she said.