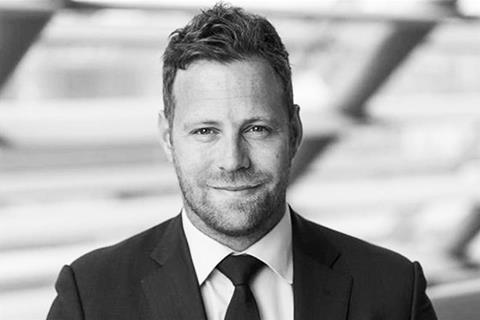 Change on the Verizon: Stuart Flint newly appointed at TikTok

Flint, who announced the career switch on LinkedIn, said he will join TikTok in April to oversee the fledgling video platform’s European business.

Flint joined Verizon when it bought web services company AOL in 2015, serving as commercial director and then managing director at the AOL brand. before it was merged into new company Oath when Verizon bought Yahoo. Oath was rebranded as Verizon Media last year.

Flint’s CV includes a stint as a sales director in Microsoft’s UK arm and later for UK and Ireland at Yahoo.

Flint wrote: “Today I leave Verizon Media for pastures new. For the past seven years, I have thoroughly enjoyed the incredible journey this business has been on. I’d like to thank Verizon and Verizon Media and rose Tsou, who has been supportive of me personally, as well as my leadership team in our ambition to grow both our consumers and deliver on our differentiated path to revenue. Together with the amazing people at Verizon Media, we have achieved some incredible things.

“I am pleased I leave the company in a really positive place under the strong new EMEA leadership of Kristiana Carlet, and Head of Latam Armando Rodriguez, both colleagues and friends, who will do amazing things for the business in 2020 and beyond.

“I am looking forward to my new and exciting challenge running the European business for TikTok beginning in April.”

According to Campaign, which first covered the news of Flint’s appointment, TikTok confirmed the appointment, with VP of global business solutions Blake Chandlee calling Flint a “hugely experienced leader” in the sector who will “bring a wealth of experience” to TikTok.

TikTok, which is owned by Chinese company ByteDance, is growing rapidly, especially among younger users. It was the most downloaded app in the US in 2018 and hit over one billion downloads in 2019.

Earlier this month, TikTok set up a new EMEA Trust and Safety Hub, headquartered in Dublin, which will focus on strengthening policies, technologies and moderation strategies and ensuring that they complement both local culture and context.

The Hub will be headed up by former Google and Facebook leader Cormac Kennan, who will join TikTok next month.

It also named Richard Waterworth as its first UK general manager at the end of 2019, bringing over 20 years’ experience from across the wider media and content services space. Waterworth’s CV includes the likes of YouTube and ITV.