The EBU has a vital role to play in the battle against fake news, according to Tony Hall, the organisation’s new president and director general of the BBC.

In his New Year message to members of the European Broadcasting Union (EBU), Hall issued a rallying call to public service broadcasters, telling them that “our moment has come”. 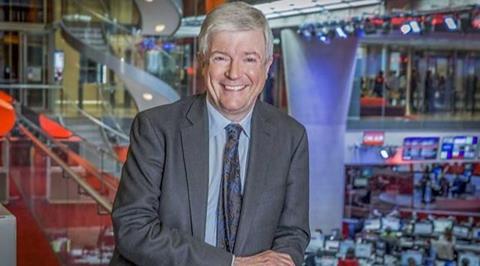 Hall, who has held the position of BBC director general since 2013, took up the role of EBU president on 1 January. He has replaced Jean-Paul Philippot, administrator-general of Belgian public service broadcaster Radio télévision belge de la communauté française (RTBF).

The EBU and fake news

The EBU has issued a code of practice that it hopes will help to address the issue of fake news and what it describes as “the information disorder”. Published early last year, it includes recommendations such as boosting the transparency of online news the development of tools to empower users and journalists to tackle disinformation.

At the time, EBU director general Noel Curran (pictured) said: “Public service media is in the front line in the fight against fake news and online disinformation. Disinformation is severely undermining citizens’ trust in the media at large. 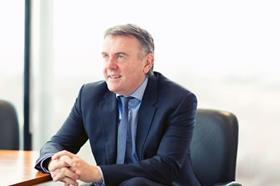 “To reverse this worrying trend, high quality researched and unbiased news content such as that of Public Service Media needs to be prominent on social networks and online platforms, which are key intermediaries in today’s digital media environment.”

When Hall addressed members the EBU General Assembly in Switzerland in December, he spoke of the need to “increase our ambition for public service media”, a theme he returned to in his New Year message.

He said: “I am struck by the idea that we are not just a union or a grouping, but a family. And trying to make us work together as a family with all the differences and nuances and diversity, getting us to work together as one big union, is one of my priorities because I feel strongly that this is a time of huge opportunity.

“I feel that our moment has come; we can seize the opportunity now to do great things for public service media working through the EBU and I am so excited about the chance to lead but also to listen to you in the coming years.”

Along with the issue of tackling fake news, Hall’s priorities are likely to include working with public service broadcasters to address changing viewing habits and the challenges posed by global streaming giants.

Hall’s speech at the RTS London Conference in September provides some guidance as to the areas that he is likely to focus on. While speaking about the need to safeguard public service broadcasting, he drew attention to the fact that Britain’s PSBs had in recent years cut spending on content with their combined budgets dwarfed by the level of investment made by Netflix and Amazon.

He said: ”You can argue about the size of the future gap, but there’s no doubt there is a gap today in funding public service broadcasting, and there’s going to be one in the future.

”This isn’t just an issue for us economically, commercially or as institutions. There is an impact on society. The content we produce is not just an ordinary consumer good. It helps shape our society. It brings people together, it helps us understand each other and creates an incredibly powerful shared narrative.”