The rise of social media has provided broadcasters with opportunities to reach ever more viewers, but the spread of platforms used by viewers has also posed some challenges for established media players.

Consumers expect content across all devices in a personalised format, while traditional broadcasters are joined by subscription video on demand services (SVoD), making the stakes higher than ever before. 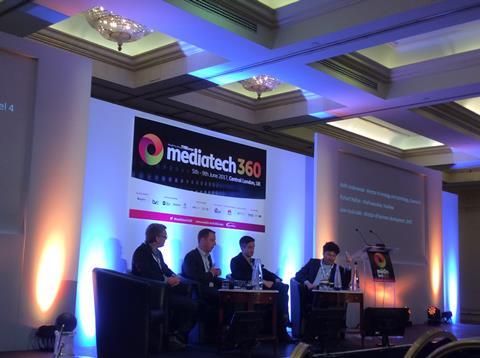 Channel 4 Director of Technology and Strategy Keith Underwood said: “We have responded by enabling our content to be accessible across all devices as consumers want it.

“The TV experience is phenomenal and has got better and better over the last few years, better TV signals, pixel rates, sounds, so the experience has become much better,” Underwood said at the MediaTech360 event in London.

YouView’s Chief Executive Richard Halton said: “It’s fascinating the amount of time people spend in front of the TV with other people.

“Personalisation becomes much easier if you start to look at advanced technologies and how you adapt to the challenges of the screen being used by more than one person at a time.”

He said: “VOD platforms are now content hubs, design skills need to be incorporated to accommodate content in a sophisticated way.”

Traditional broadcasters face the challenge of becoming a distribution channel across social media.

Halton said: “The misapplication of how broadcast content and social media are working together is rife – if that content is misapplied.”

Channel 4 used SnapChat to showcase their new drama Ackley Bridge, through a series of SnapChat videos, as well as Facebook news feed to build awareness. 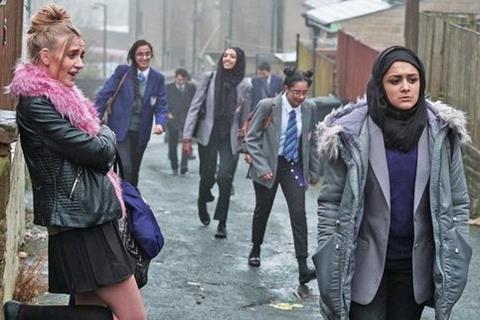 He said: “The obvious challenge is the commercial return, there isn’t a model on those platforms which sustains investment in high-quality broadcast content, it’s a quasi-marketing platform.”

DMC Director of Business Development Jean-Louis Lods agreed there are benefits of broadcasters using social media for the creation of building viewer support and popularity for the product offered.

He said: “Social media is predominately driving the brand interaction with the consumer.”

“How do the broadcasters typically with multichannel European distribution feeds make this interaction at the different levels. From one generic single feed linked with social media to interact with the primary brand?” Lods asked.

Underwood said: “Social media is meant to get a mass audience, it’s meant to challenge the viewing with a slightly different view.”

“There are a certain number of broadcasters who are investing in UK original content, telling tales from a national level but really are designed to stimulate debate, inspire change and really champion alternative points of view, this is now what the likes of Amazon, Google and Netflix are making – fantastic content and have the social engagement,” Underwood said.

From broadcast to personalisation

He said: “There is a paradox of choice, with an overwhelming amount of content that has a strong, clear consumer proposition.”

Underwood argued new technology and capitalising on the ability to personalise and “multiply the value of the original asset making it suitable for a particular target market”.

He said: “Personalisation is about allowing people to have a better deeper relationship with the originating content.”

“Content is king and metadata is queen” – Niall Duffy

The rise of the digital giants and the platforms they control into the user’s journey and how they seek to control user journeys into content, we, therefore, rely on these journeys, Underwood said.

He explained how the industry is reliant on the personal journeys the digital giants have offered users because of the way they customise content.

This contrasts with the high budget, strong production values of UK content that is “the envy of the world”.

“The regulations we have got around television and the public service broadcasters specifically has lead to a vibrant TV ecology,” Underwood said.