The top 10 television service providers in the United States lost 937,000 television customers in 2016. 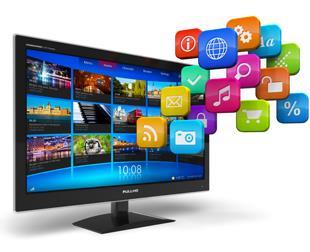 This is an annual subscriber loss of 1.05% per cent across the US, which accounts for 88.69m television customers in total, according to Informitv Multiscreen Index.

Six of the top 10 service providers in the US reported losing 532,000 television subscribers in the last quarter.

AT&T reported a loss of 262,000 U-verse television customers in the quarter, as it continues to focus on DIRECTV.

Optimum, formerly Cablevision, had 121,000 fewer television customers than the previous quarter, although as a result of a change in the way its owner Altice accounts for business customers it reported a loss of 15,000.

Comcast, DIRECTV, DISH Network and Verizon Fios all reporting subscriber gains in the last quarter, the net quarterly loss across the top 10 stood at 168,000.

“Although they lost 1% of their subscriber base in 2016, these 10 service providers still account for 75% of television homes in the United States,” added Dr William Cooper, the editor of the Informitv Multiscreen Index.

Meanwhile, households with Netflix now surpass those with a DVR in the US accoridng to a study from Leichtman Research Group (LRG).

Bruce Leichtman, president and principal analyst for LRG said: “On-Demand and time shifting TV services like DVR, VOD and Netflix have permanently changed the way that people can watch TV.

LRG found that 82% of households favour video on-demand (VOD), subscribe to Netflix and have a DVR from a cable or a Telco provider. Some 30% of households were found to use two of the services and 14% used all three concurrently.

Despite the challenges traditional television providers face with consumers usage of VOD, Netflix and other popular streaming services increasing the number of television subscribers to the top 10 television service providers actually rose throughout 2016 as a result of mergers and acquisitions.

US TV: the rise and fall