VFX versatility: The acceleration of collaborative and remote working trends

Managing VFX production effectively is even more critical as both multi-facility collaboration and remote working become routines across film and TV. 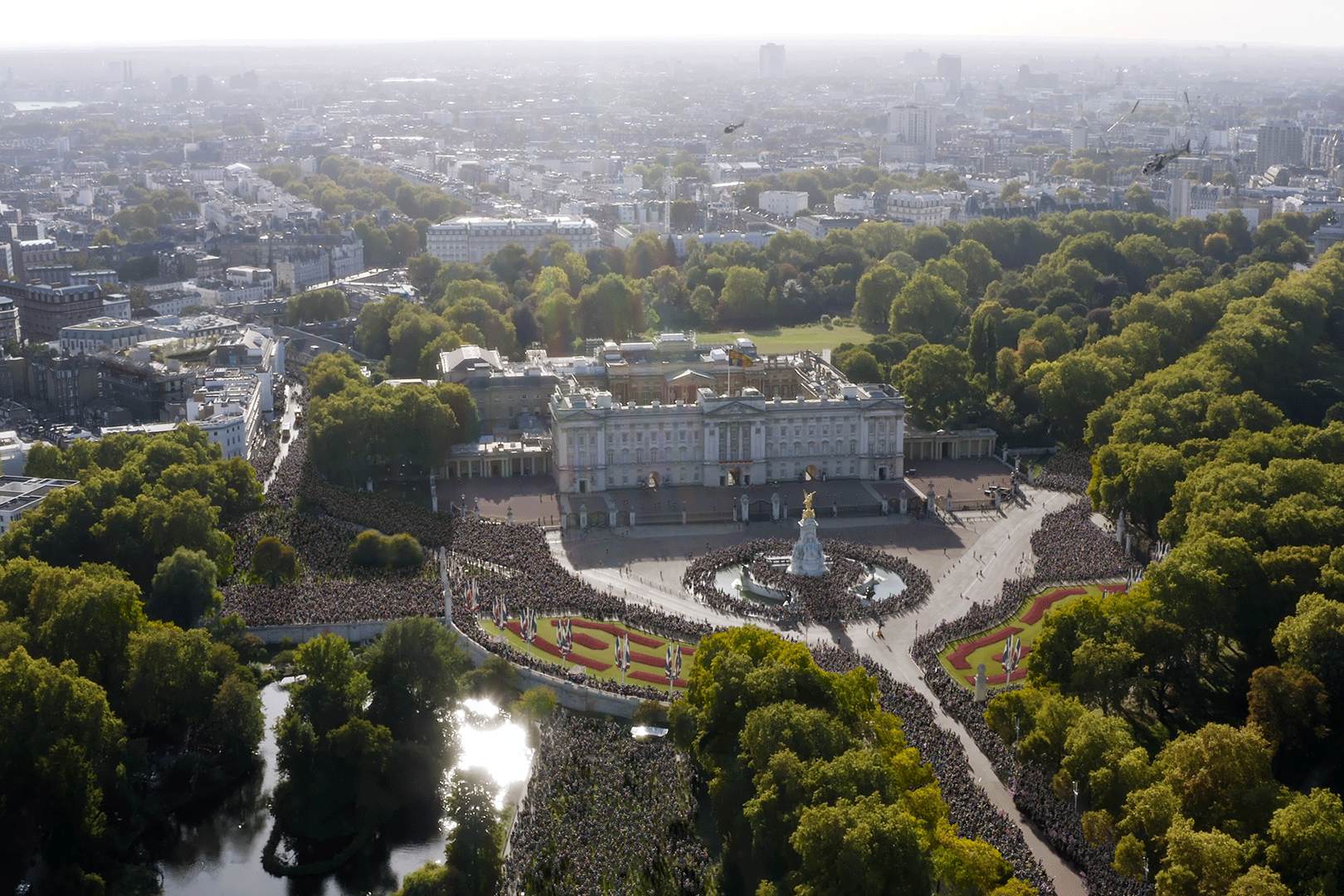 The Crown: VFX was used when locations were unavailable for filming

It’s unlikely that anyone would contest Autodesk industry strategy manager Ben Fischler’s assertion that the pandemic has “underlined how absolutely central entertainment content is to our lives and sanity!” The resulting increase in demand for both quantity and quality of content has had consequences for all aspects of post-production, but it’s arguable that the impact on VFX has been particularly multi-faceted.

It has helped, however, that several trends which have “hit accelerate” during the last 12 months were already in progress before the pandemic struck. “It is now more common than not to bring in multiple [VFX houses] to handle big productions,” observes Fischler.

That can be in order to take advantage of specific specialisms as well as to accommodate “the scale of the project, or the fact that the work might need to be split between [multiple companies] who are already committed to various other projects.”

Hence there was already a growing emphasis on effective at-distance collaboration that has been further underlined during the pandemic with its increased reliance on remote working. In general, VFX houses appear to have responded with impressive flexibility, although if more dispersed working patterns are to continue post-Covid – as many are now forecasting – the whole area of project management may require more concentrated attention.

Ensuring security
As a company which began operating in October 2019 – a mere six months before the first full UK lockdown – Soho-based Rumble VFX may have found it easier than some others to adjust to the new reality. A small in-house team augmented by “scaling up or down with freelancers as the project demands” was able to switch relatively swiftly to remote working once the necessary security safeguards were in place.

“The way it is set up is that everyone works remotely into the machines in the studio, so there is one point of entry that I can explicitly control,” says Rumble VFX co-founder and VFX supervisor Richard Costin, adding that the workflow is configured to ensure that everything is “encrypted, secured and locked-off”.

Rumble: Here you can see Rumble adding in the CG trawler to this Falklands Islands sequence

In terms of the actual workload, however, there has been relatively little change. Rumble VFX’s specialism in high-end drama has been maintained with work on shows including Sky’s Gangs of London and series 4 of Netflix’s The Crown. With some locations being unavailable for filming, the latter has involved “a great deal of set extension, as well removing contemporary cars and replacing them with CG period cars – or in the case of a Falklands Islands sequence, adding in a CG trawler.”

The company’s preferred platforms are now pretty set, too, including the “almost exclusive” use of Nuke by the compositing teams and the deployment of Side Effects’ Houdini for 3D animation and effects. The capabilities of Houdini continue to reveal themselves, indicates Costin: “You get the impression that there isn’t anything you can’t do in Houdini providing you have a bit of time and do your research. We also have a great relationship with Side Effects, who are very approachable.”

Whilst he looks forward to the time when more work is undertaken at Rumble’s Soho facilities, Costin anticipates “a hybrid approach” in the future in terms of working patterns. And while a few projects “have been pushed back, there haven’t been any outright cancellations, touch wood. We are also expect it to be a busy summer as clients press on with both delayed projects from 2020 and new ones for this year.” 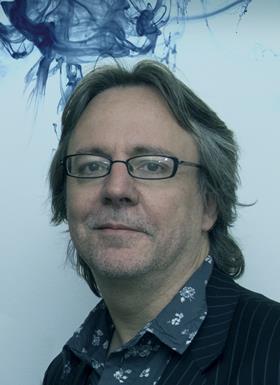 Remote working
Dave Throssell, owner and VFX producer of Fluid Pictures, recalls that the company had “already been doing quite a bit of remote working” when the pandemic struck. With staff confirming that they would feel more comfortable being based from home as the Covid crisis grew, Fluid enabled all team members “to dial-in securely into their own on-premise systems, and essentially carry on as normal. The full gamut of projects went to remote working right away.” One of the few real differences was that a Flame VFX/finishing software-equipped computer was taken home by one operator, with assets being loaded remotely, worked on and rendered, then sent back to the servers at Fluid HQ.

Two major series for BBC2 involving complex visual effects sequences that show home and garden owners the potential of their spaces (Your House Made Perfect and Your Garden Made Perfect, respectively) are among the projects to have been completed remotely. Domestic broadband has been less of an issue than one might expect, whilst Throssell only identifies one specific hurdle with remote work: “Doing very detailed grading could be [challenging], but as long as you are aware it will be an issue you can work around it.”

Meanwhile, in some ways – notably communication internally and with clients – decentralisation may actually bring benefits. Rather than having occasional extended in-house client meetings, increased familiarity with Zoom and other platforms means that “checkup calls are more regular and the client actually feels closer to what we are doing”. There is also greater sharing of information among team members thanks to the creation of specific technology channels within teamwork software tool Slack.

Pandemic or not, Throssell anticipates further refinements around remote project management and VFX workflows. “I don’t think anybody wants to come back to the office full-time, so I am sure we will be having conversations about fully virtualising the office and making [remote working] even more effective,” he says. 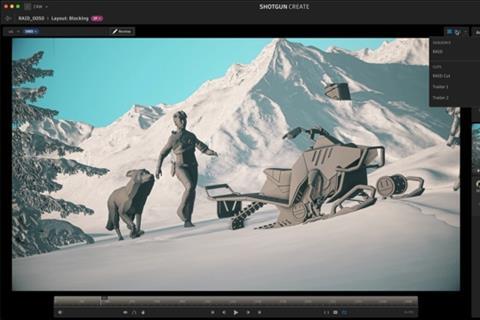 Musical chairs
Given the likelihood of VFX production patterns remaining less predictable in the future, it is no bad thing that vendors have been dealing with the “increased expectations” of content creators for some time now. “There is no audience tolerance for sub-par work – rather, there is an explanation that everything looks like film quality,” says Fischler. And with increased content demand meaning that “turnaround times for even quite complex productions are squeezed”, VFX habitually involves more complex collaboration between facilities: “It can be a bit like a game of musical chairs, ensuring that all the talent required is lined up.”

To this end, several of Autodesk’s recent developments have focused on accelerating VFX workflows. Unveiled in December, the 2020.4 version of its Maya software benefits from an update to the Bitfrost visual programming environment that brings artists new scattering and instancing capabilities, along with volumetrics and FX tools. These and other additions are, says Fischler, “designed to help studios and artists keep pace with the ever-increasing demand for content.”

On the production management side, Autodesk has announced its plans to bring machine learning and generative scheduling to production tracking, scheduling and asset management software Shotgun. With VFX work becoming more intensive and often involving a greater pool of participants, the belief is that ML-powered project management will help “drive creativity and production efficiency”.

Further finessing of collaborative workflows will occur as “new ways of dynamically addressing audience demands and desires” continue to emerge. Quite how the VFX services sector will be configured a few years down the line remains to be seen, but what doesn’t seem to be in any doubt is that it’s going to be extremely busy. As Fischer concludes, cheerily: “One thing we know for sure is that the demand is definitely there!”