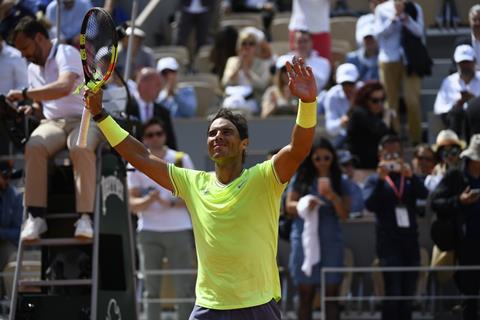 Rafael Nadal at the French Open 2019

Tennis fans can enhance their viewing experiences for all matches that play on the recently redeveloped Philipe Chatrier court.

Virgin Media chief digital entertainment officer David Bouchier said: “We are upping our game once more this summer by broadcasting one of the most prestigious tennis competitions in the highest picture quality currently available.

“Our customers will be able to get even closer to the action with HDR technology on our V6 box bringing the action right into the homes of our customers.”

Eurosport’s live 4K HDR coverage will be available on each day of the two-week long tournament.

Viewers will need to ensure their TV is compatible with HLG technology to fully benefit for the 4K UHD and HDR broadcast quality, while standard 4K viewing of the broadcasts is also available.

The announcement comes after Virgin Media partnered with Eurosport last year to successfully broadcast the French Open in 4K UHD for the first time. 2019 will see the first HDR addition to the retransmission.

This builds on the collaboration formed last year, where Virgin Media also enhanced the broadcasting of Wimbledon tennis championships, having partnered with Eurosport to provide coverage in 4K UHD.

Last week BT Sport announced the 2019 UEFA Champions League and Europa League finals would be available in HDR free-to-air ahead of its planned 4K HDR launch later this year. Fans can watch the finals across the BT Sport apps and channels including YouTube and Virgin Media.

In a separate announcement French broadcaster PSB France Télévisions announced earlier this month its plans to film parts of the French Open in 8K resolution.