The art of production mixing may not have changed profoundly in recent years, but the call to deliver to extra platforms and satisfy more streamlined productions are among the trends heralding fresh challenges for system developers. 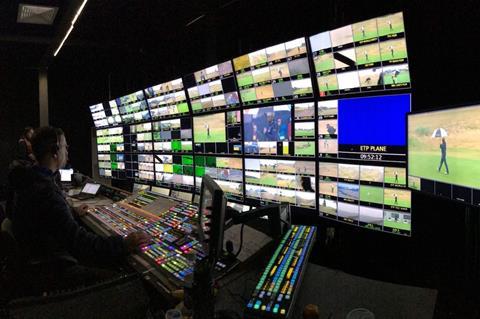 As chairman of the UK’s Vision Mixers Guild and a leading vision mixer in sports for more than 25 years, Trevor Bailey is well-placed to chart the changes affecting his area of the industry. Broadly speaking, he says, they can be separated into two types – operational and engineering-based.

On the operational side, the number of sources typically confronting vision mixers for live productions has continued to grow – for example, with additional beauty-cams often being added to sports events on an annual basis. The adoption of 4K/UHD is also having an effect, with Bailey estimating that it is now involved in “about 50%” of sports productions. But despite all this, he does not feel that “the operational side of things – ie. how it is experienced by the vision mixer – has changed a ridiculous amount over the past few years.”

From an engineering perspective, however, it’s a different story. “Below the covers”, as Bailey puts it, the transition from SDI to IP is continuing apace in broadcast centres and OB trucks. The call to accommodate UHD and HDR is leading broadcasters to undertake substantial upgrades, while the fact that the topic of formats remains a live debate in the industry continues to complicate new investments.

“Like the transition from SD to HD, [moving to 4K] does not tend to make a great difference as the mixer is either set up for one format or the other. From a vision engineering side of things, I am aware that it’s more of a headache, but that has normally been ironed out when we arrive,” admits Bailey.

Looking ahead, though, Bailey sees more profound changes on the horizon. For instance, with the rise of remote production in sports, “you could see one crew in London [handling vision mixing for sports] from one location that would previously have involved three crews in different locations.” And as software-based mixing becomes more common, with all the flexibility which that affords, primary functions may be executed on commodity hardware such as tablets, with the vision mixer “actually only needing one or two M/E buttons to press”.

Moving to a ‘software model’
Matt Allard, product marketing manager of NewTek, also points to the duality of current developments around vision mixing. The core functions of personnel here – “the mixing of sources, layering, compositing, effects, sliding in graphics and so on, are absolutely not going away. All of the goodness that that vision mixer functionality [brings to a production] will not change. What is changing is how these functions are executed from both hardware and software points of view, and how [vision mixer personnel] interface with the technology.” 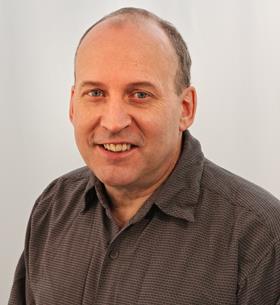 Alongside the adoption of IP that allows a higher number of sources to be acquired more efficiently, it is the “move from a hardware to software model” for vision mixing systems that is the most significant development.

“Most vision mixers, even the more traditional ones, are largely software-dependent, but what is happening now is that it is becoming more out-front,” says Allard. “The boxes that you need to drive the processing are [often available] ‘off the shelf’, and with a combination of CPU and GPU technology increasing improvements it’s possible to achieve a lot more with commodity components.”

Fortuitously, this change resonates with what Allard describes as the current “generational change” taking place in the industry: “NewTek supplies a lot of equipment into education – from elementary schools through to colleges and universities – so we can observe the next generation coming through and see first-hand that their experience of technology does not involve long rows of buttons.”

The acquisition of NewTek by Vizrt that was announced in April – with the two brand entities remaining separate – is likely to further accelerate R&D responsiveness to these changes. But there were plenty of indications as to where NewTek is heading at IBC2019 with the company placing an emphasis on “software-defined visual storytelling”.

The company announced a host of premium access software innovations – including Live Story Creator, LiveGraphics, Advanced Audio and Virtual PTZ – alongside the new VMC1 digital media production system (44 inputs in 4K|60P) and the TriCaster TC1, which offers “complete live production in IP and SDI” with 16 inputs in 4K|60P.

Supporting multi-format production will remain important for the foreseeable future, whilst Allard forecasts that industry-wide, there will be a greater focus on “delivering to tablets, smartphones, social media… not all of these platforms have traditional aspect ratios or frame rates, so there will be a demand for systems with software” that facilitates these different deliverables in as automated a fashion as possible.

‘Strong and broad’ switcher market
Mark Hilton, vice-president of live production at Grass Valley, also highlights the continued diversity of video mixer requirements. The switcher market, he says, “remains strong and broad; [hence] there are still various models available for purchase, from IP to SDI and hardware to software. Although IP is gaining serious momentum in the industry, a lot of customers are still looking for solutions that are both SDI- and IP-friendly, signifying that there isn’t a ‘one size fits all’ switcher. 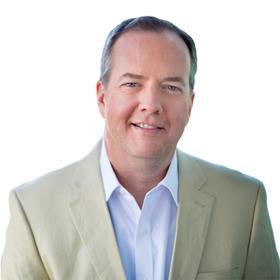 “We are also seeing a lot of interest from smaller productions, such as those run by houses of worship or corporate markets, so there is a need for broadcast-standard switchers at entry-level budgets that fit into smaller production environments.”

For the same reasons, Hilton thinks we will also see more solutions that combine switching with other core production functionality. With this in mind, IBC2019 saw Grass Valley launching Kula AV, which offers 1 M/HE HD switching and seamless conversion of any combination of SD, HD and 1080p to the required output, as well as integrated audio mixing capabilities such as embed/de-embedding, clean and quiet audio switching, and audio-follow-video mode for simplified control.

“We are also seeing a lot of interest from smaller productions, so there is a need for broadcast-standard switchers at entry-level budgets that fit into smaller production environments.” Mark Hilton, Grass Valley

“Providing solutions that are designed with additional features is hugely beneficial for users as it reduces the space needed for the kit,” says Hilton, who also draws attention to a 2019 collaboration with ChyronHego to deliver a new, integrated graphics creation and switching solution for sports arenas. Designed for complex venue productions, the single point-of-control solution allows a technical director to switch shows with game-in-progress graphics delivered simultaneously to multiple displays – all in a simple, repeatable manner.

This degree of “tight integration between graphics and switchers is unprecedented,” claims Hilton, “and it’s how we see the control for live production graphics moving forward.”

Of course, Grass Valley strengthened its own hand in this fast-moving market by acquiring Snell Advanced Media (SAM) in spring 2018. Hilton partly attributes GV’s “record sales in the first quarters of 2019” to the successful integration of the two firms’ switchers.

‘Form follows functionality’
Andy Hotten, product manager switcher and live production systems at Sony Professional Solutions Europe, says that “when it comes to the design of new vision mixers, form follows functionality in my opinion. There are three key features and considerations that need to be incorporated first before looking at the design of new switchers.” The trio of factors cited by Hotten include mixed-format production from a single control panel/processor combination; remote production capabilities; and web-based control options.

With this emphasis on flexibility in mind, Sony recently launched the XVS-9000, the latest member of the company’s family of UHD/3G/HD XVS switchers. Hotten explains: “The new multi-format switcher provides all the advantages of the XVS family, such as flexibility and improved operability when handling live UHD video sources, as well as virtual resource allocation of one single processor unit – but with larger input and output numbers, making it suitable for the largest UHD productions. [The solution] offers up to 80 inputs and 40 outputs with up to 5ME busses in UHD mode. With the XVS-9000 Sony offers customers a choice of SDI (3G or 12G) or ST-2110 (100GB) connections with format conversion supported on both inputs and outputs.”

Market-wise, it remains to be seen whether the significant consolidation of the last 18 months marks the start of a long-term trend. Nonetheless, the logic of optimising R&D activities is undeniable as the intensity and diversity of the workload facing vision mixers continues to grow.