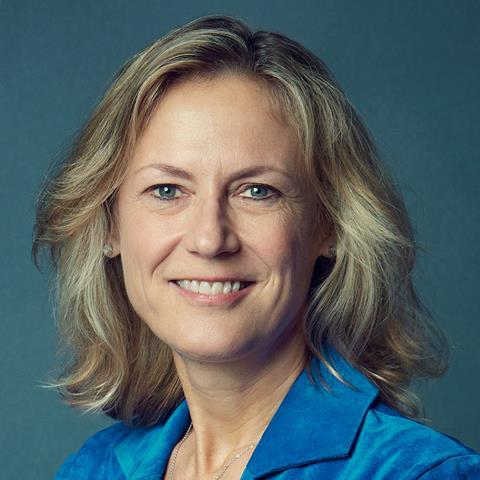 BBC Studios Americas president Ann Sarnoff has been named the first woman to head Warner Bros. in the studio’s history.

WarnerMedia chief executive John Stankey announced Sarnoff’s appointment at the AT&T-owned company yesterday. In a statement he said: “She brings a consistent and proven track record of innovation, creativity and business results to lead an incredibly successful studio to its next chapter of growth.

“Ann has shown the ability to innovate and grow revenues and has embraced the evolution taking place in our industry. I am confident she will be a great cultural fit for Warner Media and that our employees will embrace her leadership, enthusiasm and passion for our business.”

Sarnoff will become the new chair and chief executive of Warner Bros. taking over from Kevin Tsujihara after he resigned in March this year following accusations of indecent behavior towards British actress Charlotte Kirk.

Sarnoff brings more than thirty years of diversified business and media experience to the role of overseeing worldwide operations at Warner Bros, including the production, marketing and distribution of film, television and interactive entertainment.

As president of BBC Studios Americas, Sarnoff has been responsible for driving growth and profit across the company’s diversified business division in the US, Canada and Latin America. She oversaw LA Productions, linear and digital program sales and co-productions, home entertainment, and licensing. She also led efforts to amplify BBC Studios’ global brands Doctor Who, Top Gear, and the natural history brand BBC Earth.

As board chair of BritBox, Sarnoff has guided the development and growth of the upcoming direct-to-consumer service which offers U.S. and Canadian customers the largest collection of British television programming.

Sarnoff said: “It is a privilege to join a studio with such a storied history. Warner Bros. has been an industry leader for decades and is known for creating many of the most iconic film, television and gaming properties.

“I accept this position excited by the opportunity to work with the most accomplished executives and teams in media, and confident about carrying this incredible heritage forward with them.”

Sarnoff will be based in Los Angeles and will officially join the company later this summer.

Each episode is between one and five minutes, packed with gags, slapstick violence, double entendres and other trademarks of the franchise.

“We wanted to go back to how they were in the ’30s and ’40s,” Browngardt told the audience, stressing how much the work of early Looney Tunes innovators Tex Avery, Chuck Jones and Bob Clampett were an influence on this ambitious new reboot.

Browngardt added: “We didn’t want to reinvent the characters’ personalities or dynamics.

“We simply focused on the wild, zany, incredible energy of the original cartoons.”