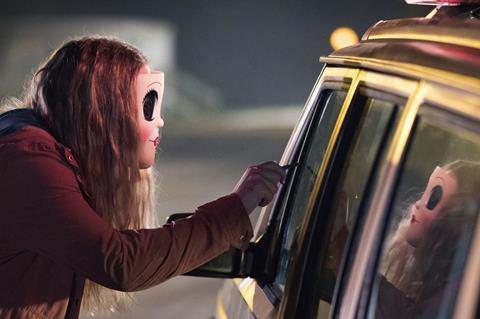 Germany’s Rise FX and Scanline VFX and Buf Compagnie in Paris, all with regular shot orders from Disney, are the most likely to benefit in terms of film VFX.

Outside of London, Amsterdam is Europe’s main creative hub for commercials finishing. If, as is predicted under a no-deal Brexit, the UK’s economy nose dives so too will the country’s advertising sector, in which case brands can be expected to shift their budgets elsewhere.

Any boost in investment will also increase the opportunities for smaller houses, facility start-ups and will spread the talent pool.

“We’re getting calls from talented heads of VFX and CG at several companies in London,” Halbo van der Klaauw, Ambassadors

No-one, however, expects an exodus of work from London nor a brain drain of creative talent. That’s not to say there will be no displacement of projects with artists who are already heading overseas.

“We’re getting calls from talented heads of VFX and CG at several companies in London, and especially the ones with young families,” says Halbo van der Klaauw, founding partner at creative production studio Ambassadors.

“It’s the same across all departments, from copywriters to illustrators to developers. They all just want to leave. It’s really that simple. I don’t know if that’s necessarily Brexit, or the 30% tax ruling, or just the way of life in Amsterdam. But it’s like Amsterdam is becoming Soho.”

Will Jeffers, head of 3D, at Ambassadors, reports a much higher percentage of “senior, experienced” VFX talent applying for jobs since the June 2016 referendum. “It seems like European VFX artists currently working in the UK want to check out what is going on in Europe and if the grass really is greener on the other side,” he says.

Jiri Mika, managing partner at Prague studio PFX, hopes that “less talent will leave for the UK for work and will stay in the Czech Republic,” while Berlin-based VFX artist Mikko Ruostila says that “since the EU makes everything easier in many ways, I’d expect the already strong film industry in Berlin to gain popularity among workers.”

Woerz says the company is receiving more enquiries from producers and VFX talent about work as a result of Brexit and adds, “we see a tendency that partners we work with in the UK are very hesitant in sending work to us at the moment due to high uncertainty on their end.”

A major concern for Amsterdam-based film production company PostPanic is staffing, in particular that of the British citizens it already works with. PostPanic has a director’s roster and its own in-house specialist VFX and CG teams. It employs thirty people primarily from the EU as freelance, contract and permanent staff.

“The impact on British freelancers is going to be dramatic,” Ania Markham, PostPanic

“Our staff are very specialised, difficult to source and recruit,” explains Ania Markham, executive producer and strategy partner. “A large part of our talent pool are British directors, designers and producers (two of the firm’s managing partners including Markham are British). Changing the status of a freelancer to non-EU has an impact on their flexibility to come and work here in Amsterdam on shorter or longer term projects.”

UK staff will need working visas or be employed as part of the non-EU highly skilled migrant scheme which requires a very high minimum annual wage.

“It’s going to hurt us but we can still search in the EU,” Markham adds. “The impact on British freelancers is going to be dramatic.”

Many VFX and animation artists worked in Soho before returning with that experience to set up shop and produce high quality international work outside of the English, US and Canadian mega studios. 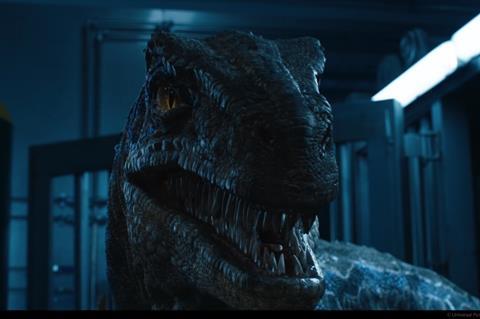 Stockholm’s Important Looking Pirates is a prime example. Its work since founding in 2007 includes the opening shot of Cantonica, the casino planet in Star Wars: The Last Jedi and 100 shots for Jurassic World: Fallen Kingdom (both via ILM) as well as VFX for Tom Clancy’s Jack Ryan, Lost in Space and Westworld.

“It will be interesting to see what happens if more European VFX artists return home and take the experience they have gained working at big studios in Soho with them,” Jeffers says.

Amsterdam: the new Soho?
Visa hurdles alone are not enough to significantly undermine the UK’s post-production dominance. London’s ring of world class soundstages and the central lure of Soho have long been a magnet for US executives, directors or VFX supervisors who appreciate the thriving set-to-post culture and the proximity of many boutique facilities.

“Having worked in London VFX houses and at Ambassadors for the past six years, it’s pretty clear the Netherlands offers a better work/life balance,” counters Jeffers.

“Your 45-minute commute on a packed Northern line is replaced by a quick bike ride through Amsterdam, and if you’re working at a typically-sized Amsterdam studio of around 100, you can have great personal creative input on a project too.”

Amsterdam is also the home of Netflix EMEA headquarters which is currently recruiting for 50 staff and makes a virtue of its location “near the famous Museum Quarter and on the edge of the historic Pijp neighbourhood….easily accessible by car, bike and public transportation.”

Understandably, no-one wants to suggest that people are swapping work to a facility for practical reasons rather than being chosen as the right creative people for the job.

Hollywood studios themselves tend to locate work at a facility or region based on a range of factors, the main two of which being depth of talent pool and access to subsidies.

The pull of tax breaks
In the long-term, the most effective action the government could take to safeguard UK VFX jobs would be to make the UK comparable to other tax advantage regions.

Montreal is the strongest example with rebates as high as 40%, which is why four UK companies (Cinesite, Framestore, MPC and DNeg) have established studios there in recent years.

The stability of the UK tax relief, in place since 2007 has directly contributed to establishing the UK VFX industry. An amendment in 2014 further encouraged producers with a VFX budget of 10%-25% of the total budget to come to the UK for their visual effects.

In contrast, Prague-based houses feel they are at considerable disadvantage even to neighbours in Hungary, with far less competitive schemes on offer.

Animated productions and VFX-intensive projects can tap 30% of a film’s spend in France provided they pass a cultural test. This includes the involvement of French companies, of French and European talent; and whether CG characters have a European origin. Marvel’s Thor and Blade Runner 2049 qualified for this incentive.

Germany is the most aggressive in this regard, having recently beefed up its rebates for big budget animation and VFX heavy shows. The new national rules administered by the German Federal Film Fund (DFFF) untether VFX and animation from requiring a physical shoot in the country to qualify for tax credits. Some German states already offer VFX support in the form of 20% rebates, so productions working with companies in Bavaria and Baden-Württemberg can now combine regional and federal funding for rebates of up to 45%.

UK-based Cinesite identified Germany as “a key market opportunity”, according to group chief executive Antony Hunt. He led the acquisition of Munich-based Trixter last August explaining that the DFFF incentive programme played a strong part in the decision as well as its strong track record in high end feature VFX.

Founded in 1998 and now employing 220 staff, it has worked on Captain Marvel, Black Panther, Ant-Man, Thor Ragnarok and Spider-Man: Homecoming along with episodes for Netflix’s Lost in Space and AMC’s The Walking Dead.

Blurred borders
As shown by the fact that French multinational post services giant Technicolor owns The Mill and MPC - both with multiple international offices including HQ’s in London - as well as Paris VFX house Mikros Image, French animation producer OuiDo! and Toronto VFX studio Mr X, the lines are blurred.

“Globalisation of creative services is happening - no matter what happens with Brexit or some countries’ foreign policies,” says Jeffers.

“Clients have a thirst for high quality content and they’re willing to scout the world to get good quality and good prices. It’s no longer just the big networks that can offer round-the-clock production and high-speed networks either, so the small guys are stepping up.”

She said: “With countries like Canada already having strong VFX markets, there is clear scope for jobs and talent to migrate. While Brexit might offer the opportunity to up-skill the UK workforce, that will not happen immediately and there is a fear that a skills gap will emerge, with the loss of jobs and talent.”

Such a state of affairs is lamented by several respondents to IBC356 from European facilities.

Halbo van der Klaauw’s response is typical: “When I was a young VFX artist and eager to go to Canada to get that different, big studio experience, it was really easy. Same for London. I hope that this mix and ease of movement will stay, as it helps foster creativity. You get to see how it’s done professionally and creatively on the other side and take that back with you. I feel sorry for students in London who might want to get that European experience and be held back. It’s incredibly vital to have the opportunity to work in different markets.”

Three of the biggest European VFX houses
Paris’ Buf has been a fixture on the VFX scene since 1984 claiming work on The Matrix and Fight Club, more recently on Blade Runner 2049, Kingsmen and Netflix show American Gods. It employees 150 people and owns a second facility in Montreal.

Rise FX was founded in Berlin in 2007 and now has 100 permanent staff with satellite offices in Stuttgart, Munich and Cologne. Credits include Marvel’s Iron Man 3, Doctor Strange, Guardian of the Galaxy and Black Panther; Sony Pictures’ The Dark Tower and Guy Ritchie’s The Man from U.N.C.L.E. 2019 work includes Dumbo, Avengers: End Game, Netflix’ series Dark and Shazam (trailer above).

Munich-based ScanlineVFX founded in 1989, has studios in Montreal, LA, Vancouver and Stuttgart and is noted for its photorealistic effects and simulation work including natural phenomena like fire, smoke, and water on films such as the disaster epics San Andreas, 2012, and Independence Day: Resurgence as well as work on several major sequences in recent blockbusters Bumblebee, The Meg, Black Panther and Justice League on which it handled multiple hero characters and vehicle assets.