The uptake of virtual reality technology becomes more mainstream and broadcasters’ experiment with the immersive medium, IBC technical papers from TNO, Philips Group Innovation and NHK offer a glimpse into the future. 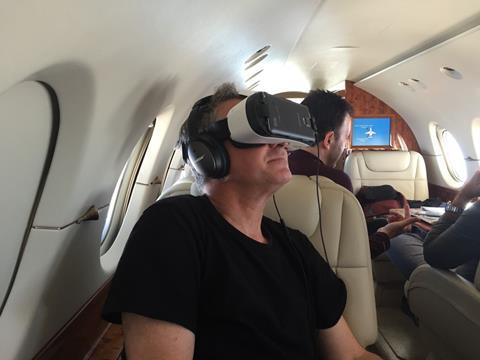 At the beginning of 2017, virtual reality (VR) was on a forward trajectory for widespread adoption, however, as device sales fell short of expectations the evolution has continued but consumers and broadcasters have readdressed expectations.

A key issue for the industry is the “lack of a killer application for VR” as well as the slower than expected adoption from consumers, according to research from Futuresource.

The global VR market volume is predicted to reach 98.4 million sales by 2023, generating an installed base of 168 million units with a worldwide population penetration of 2%.

Growth is forecast across all regions and countries, with China leading the way.

The shift from tethered to standalone VR headsets represents a paradigm shift within the immersive ecosystem.

“The last few years have seen a major uptake of VR technology, enabling the creation of immersive video games and training applications, and also paving the way for new forms of video entertainment.

“One key challenge that many of those VR experiences face is the social barrier. That is the apparent discrepancy between the physical separation of wearing a head-mounted display (HMD) and the human need for sharing their experiences. This can also be seen by large investments into Social VR from key industry companies such as Facebook, Microsoft and HTC.”

“With an increasing number of display devices supporting positional tracking and 3D interaction, the relevance of multi-camera capturing and 6DoF processing increases,” Chris Varekamp of Philip Group Innovation Research in the Netherlands wrote.

Producing live 6DoF video requires video capture with multiple cameras, real-time depth estimation, compression, streaming and playback. All of these components are under development and a ready-made solution is hard to find.

In Varekamp’s paper, he presented: “A quality evaluation approach that uses ray-traced images of artificial scenes to simulate the acquisition for a given camera capture configuration.”

Authors from NHK shared how viewing styles will be and what the technology and the research and development strategy that is required in the future of broadcasting.

Alongside VR, augmented reality (AR) is expected to be one of the key factors of future media in the living room and in order to develop AR/VR technologies for broadcasting, NHK has adopted two kinds of approaches, deductive and inductive.

“In the deductive approach, the future is drawn on the extension of R&D which we have been engaging in. It could also be said the one improving performance by taking advantage of our technical strength for sustaining innovation. Since this approach is aimed at realising AR/VR, we call it “For AR/VR”.

“On the other hand, in the inductive approach, at first, we expect potential needs in the present or the future from the trend of technology and society. Next, we consider what service image we should provide. After that, we set to work on R&D of necessary technology for the service.”