Delivering the best user experience: Satellite, OTT or both?

There’s a high degree of uncertainty amongst most of the world’s satellite operators that their – to date – highly lucrative transponder capacity rental business may not simply be maturing, but be in decline.

The worry is that consumers are turning to Over The Top (OTT) entertainment and that the future for satellite-delivered content is shaky.

Some observers suggest that the shift away from satellite and bundled cable and IPTV packages is already happening.

A case in point is Viacom in the US which earlier this year announced a major restructuring plan which includes a refocusing of investment from 12 network brands to six core networks: MTV, Nickelodeon, Nick Jr, Comedy Central, BET and Spike. Viacom also announced plans to invest in its first dedicated short-form content unit to tailor existing content and create new IP for mobile viewers.

Viacom stressed it was not closing its non-core networks, but also did not rule out moving these channels to OTT access, or reducing its channel count over the medium term. 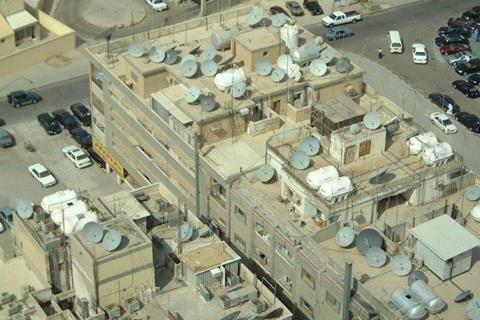 Kuwait rooftops are filled with satellite dishes. Will they be needed in the future?

Inevitably, this trend is being exported to Europe in the form of greater polarisation of channels, from all-important ‘killer’ content such as sport, and ‘key event’ top-rated transmissions to lower-cost bundles such as Sky’s Now-TV, MyCanal in France or in the US EchoStar’s Sling TV basic package.

In February, Sky also announced plans to offer its full Sky TV service over broadband. The reason was not to abandon satellite delivery but to tap into the potential 6m or so European urban homes and apartments where dishes are discouraged or forbidden.

Sky’s goal is market expansion, not technology change. Canal Plus in France has done much the same with a distribution deal with Orange’s IPTV service.

This polarisation could also see the reduction of ‘filler’ content. This could well be beneficial for high-calibre programming as viewers demand better-quality drama series, for example, and would see another turn of the screw on conventional linear channels, and the trend to more random access, on-demand viewing.

These pressures came to a head a year ago in May last year when Paris-based satellite operator Eutelsat issued a profit warning, sending shivers throughout the satellite sector and wiping 30% off Eutelsat’s share price in one day.

Shares of Luxembourg-based SES Astra, AsiaSat and others also fell sharply. Those industry-wide share-price falls have yet to fully recover.

However, Equity analysts at investment bank Jefferies are still supportive of the satellite sector as an investment prospect, telling its clients in March not to abandon the industry.

Jefferies reminded investors that for Sky to switch to an ‘all OTT’ delivery would cost a staggering €70 per subscriber per annum. Sky’s current costs for satellite delivery is a mere €7 per sub.

Indeed, Sky Chief Executive Jeremy Darroch addressed these concerns earlier this year when he said: “Over a long period of time I think you will gradually see more of [that migration to OTT] but what you’ve got to overlay on that is demographics – it’s true to say that streaming is used by more younger viewers than older but even after all these years we’ve still got a decent chunk of digi-sat customers and they’re happy and stable.

“These things can take a very long time to play out. We avoid an absolutist view - if you’re not careful you can walk into a trap. Much more of what we think about in the business is what are the big trends and building exposure to those trends. We started our journey to get Sky over-the-top in 2005 and ten years on you get SkyQ. That’s how we approach it.”

Sky is right about the importance of satellite.

SES chief executive Karim Michel Sabbagh said in March that when he sits at the same table as Sky, “we don’t talk about satellites, we talk about the user experience” and this must be what both content owners and those tasked with delivery want.

The ongoing shift to Ultra High Definition illustrates the benefits of satellite. 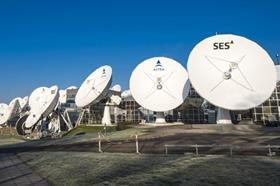 Can Ultra-HD be a boost for satellite operators?

SES is now transmitting more than two dozen UHD channels, and a growing number of conventional broadcasters – both public as well as pay-TV - are creating UHD programming.

SES expects the UHD adoption cycle to replicate that of HD over time. Satellite’s bandwidth can handle UHD transmissions seamlessly. No buffering, no throttling. And for the satellite operators some fat, juicy signals.