Selecting the right technologies and workflows is vital for content creators aiming to bring the benefits of immersive audio and video to productions ranging from lavish period dramas to action movies, writes David Davies. 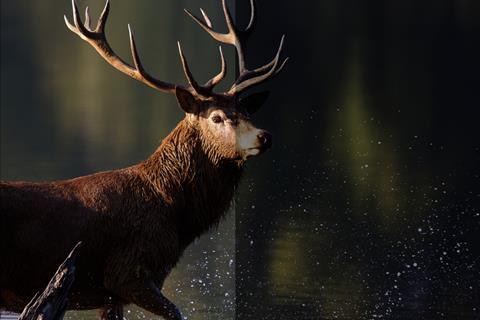 Dolby: You can see the difference here between HDR and SDR

The last half-decade has witnessed a phenomenal growth in new technologies that can make broadcast and media more exciting and all-enveloping. For example, 4K/UHD and High Dynamic Range (HDR) are now commonplace in productions and TV sets worldwide, while the advent of cheaper soundbars means that more and more consumers can now enjoy immersive audio. But for producers keen to explore these brave new worlds and enhance the content they are making, it’s vital that they think carefully about the underlying technologies. More than ever, investing in technologies that are part of a robust long-term roadmap is absolutely pivotal.

Dolby Europe VP Commercial Partnerships Javier Foncillas points out that mass adoption and the successful existence of a substantial – and growing – supporting product ecosystem are among the crucial criteria to be satisfied.

“It is important to have access to a mature ecosystem of tools and products, and for the [underlying technologies] to be transferable to a myriad of platforms and devices – for example, TV, tablet, phone and computer,” he says.

Dolby has, of course, been in a strong position to assess this having undertaken the successful roll-out of its Dolby Atmos and Dolby Vision technologies – designed, respectively, to transform the listening and viewing experiences. First introduced in 2012, Dolby Atmos is now supported by more than 500 million consumer electronic devices and is included in content on streaming services that are available to 300 million subscribers – often in conjunction with Dolby Vision.

Debuting three years later in 2015, Dolby Vision has enjoyed a similarly rapid ascension to global prominence. Netflix now makes all of its own homegrown productions with Dolby Vision, while Disney+, Apple TV and Sky UK and Sky Deutschland are among the other leading services with growing catalogues that employ the technology, which is enabled for HDR and delivers a picture that is “more vivid and refined” than was formerly possible.

With VOD services “clearly growing once again in 2020 despite all the challenges associated with the pandemic,” says Foncillas, the onward trajectory of the two technologies is not in any doubt. 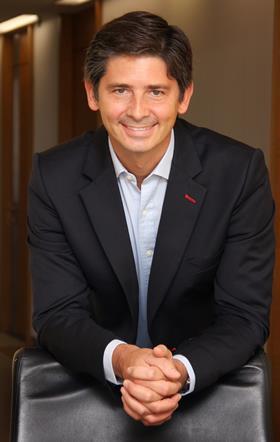 Secrets of immersive success
Discussing the factors that have contributed to the widespread adoption of both technologies, Foncillas says that “our ability to design the structure of the workflow” from the ground-up has been an important aspect. Integral to its approach has been the recognition that broadcasters will continue to produce legacy deliverables for many years to come, hence the creation of workflows that mean you “spend your time producing a high-quality version of your content that also lets you generate legacy formats for all types of deliveries across all platforms from that one master.”

This has proven especially useful for content creators in the process of adopting HDR, with Dolby Vision making it possible to generate high-quality SDR deliverables from HDR masters – meaning that there is no need to duplicate parts of workflows or return to content for further post-production. As Foncillas remarks, “you can have SDR now but also future-proof what you are producing. The number of streaming services and broadcasters adding HDR support is rising all the time, and in the future SDR-only content is going to be at a disadvantage.”

In addition, Dolby continues to collaborate closely with broadcasters, content creators and service providers to optimise their delivery specs. “It’s vital that their specs, tools and workflows evolve together so that production remains as efficient as possible,” says Foncillas, adding that this is also the most direct route to guaranteeing a “high-quality finished production” for the viewer.

Contrary to some coverage that has tended to over-emphasise the impact of Dolby Vision and Dolby Atmos on sports and high-octane action movies, both technologies are being applied to an increasingly diverse array of content. For example, much acclaimed Netflix drama series The Eddy, set in the jazz scene of contemporary Paris, blends footage shot on 16mm film and 4K digital video to achieve its highly distinctive aesthetic. The video was mastered in Dolby Vision HDR, with both HDR and SDR versions being delivered to Netflix.

“It is important to have access to a mature ecosystem of tools and products, and for the [underlying technologies] to be transferable to a myriad of platforms and devices,” Javier Foncillas

Meanwhile, the increasingly lengthy roll-call of production companies and broadcasters that precedes many films and TV series confirms that international co-production is now commonplace. This makes standardisation around deliverables even more important, hence the increasing use of Dolby Atmos and Dolby Vision during co-productions, with Foncillas observing that the technologies were developed “with precisely these kind of challenges in mind”.

Archive content has arguably become even more important to content creators over the last 12 months with new productions delayed or halted. Here, too, Dolby Vision is proving its worth by allowing engineers to bring fresh life to classic movies by utilising the technology’s “exceptional colour gamut”.

Leveraging longer lifecycles
Foncillas also recognises that the “longer and more varied lifecycles” experienced by many content types these days makes it even more important to “futureproof productions as much as possible”. Hence there is additional incentive “to work in the highest quality format possible” in order to complement existing and prospective content delivery mechanisms, as well as long-term archiving purposes.

With the ecosystem that supports both technologies continuing to evolve, Foncillas anticipates another strong year for Dolby’s immersive technologies as more producers look to enhance and differentiate their content. “It’s an extremely fertile time for VOD services, in particular, and we expect that more and more content will look to implement Dolby Vision and Dolby Atmos in their productions,” he concludes.

Dolby"Dolby is home to artists, scientists, and engineers dedicated to dreaming up breakthrough technologies that are transforming audio and visual experiences in ways you never thought possible. We're proud to build innovative technologies that enable creatives to inspire and move us all."