Over half of UK technology companies have declared their support for a second Brexit referendum in a survey Teck UK conducted in December last year. 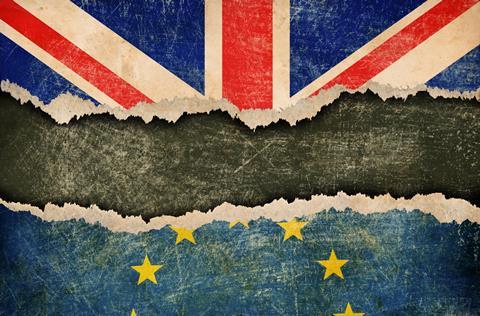 Of the 276 respondents, 63% were in agreement that a second referendum was a top three preference.

Commenting on the results, Tech UK chief executive Julian David said: “Our polling suggests that many of our small and mid-sized members in particular do not have the resources or information needed to effectively prepare for No Deal.

“They want a deal that works and a future relationship that retains a high level of alignment and access to the EU market on issues that matter to the sector, such as the free flow of data, regulation and the availability of talent.

And 16% support a delay to Article 50 in order to allow more time to further negotiate deals between the UK and EU.

David added: “We believe a simple ‘Canada-style’ free trade agreement would not be an acceptable outcome for most of Tech UK’s members.”

Tech UK is the trade association of tech companies in the UK. Member companies surveyed include those of varying size and specialisation with over 900 organisations ranging from FTSE 100 businesses to start-ups.

The majority of respondents (84%) concluded that the UK is underprepared with the scale of disruption no-deal Brexit will impart on the broadcasting industry particularly with a lack of adequate safeguards in place.

The members participating in the survey have remained anonymous with only 11% of those respondents selecting no-deal as their first preference and 27% listing it in their top three preferences.

The survey found 70% of the respondents stating that they believe a no-deal outcome in March will have a very negative or fairly negative impact on business.

The survey also found most larger firms with more than 250 staff have taken precautionary steps to prepare for a no-deal Brexit, while many smaller technology businesses are unprepared for the UK leaving without a deal.

65% of smaller firms with less than 50 staff, and 46% of mid-sized businesses, employing between 50 to 249 staff responded to the survey, saying they have taken no active steps to prepare for no-deal.

Almost half of businesses polled at 49% suggested the lack of preparation was because of the uncertainty and unlikely prospective impact of Brexit, while 37% said the ambiguity of what steps they should have taken initially was the greatest barrier.

International Trade Secretary Dr Liam Fox MP was questioned by Channel 4 News on the readiness of any trade deals complete to sign off by the 29th of March.

Fox said there are already two signed and a “number that are well in their development”.

He said: “Day one impact will vary from company to company. The UK broadcasting creative industries will still remain a huge broadcasting sector but the international side will be damaged.”