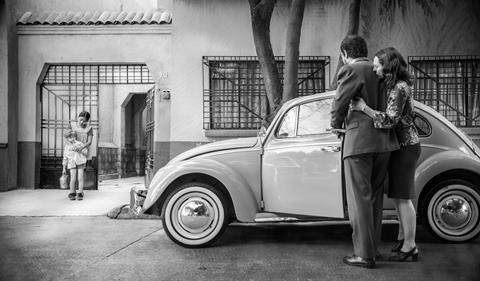 Almost half of UK filmgoers select Netflix as favourite ahead of the cinema to consume new content, according to a study into audience evolution.

The Global Web Index has highlighted how audiences are increasingly selecting video-on-demand choices in line with cinema releases.

According to the findings 2,417 consumers in the UK and US and 48%, less than half of UK consumers opted for the cinema as their primary preference to watch a new film.

Global Web Index trends manager Chase Buckle said: “For blockbuster films to truly resonate and capture audiences, the industry will have to up its game in not only getting consumers through the doors in cinemas but also to compete with content being produced by the likes of Netflix.

While Roma is an interesting sidestep for Netflix to establish Originals as award-worthy productions, Buckle explained: “It’s not the one that captivated audiences worldwide.

“Where Netflix achieves real scale in engaging viewers is through pushing new frontiers with interactive offerings such as Bandersnatch and exciting movie concepts such as Bird Box, which drew in an audience of 80 million households in the first four weeks after release.”

In 2018 Netflix spent an estimated $13 billion on content which was approximately $4 billion more than the previous year and resulted in it outbidding traditional Hollywood studios and TV networks for coveted productions.

Some, 31% of respondents had seen the Freddy Mercury biopic Bohemian Rhapsody with its success at the Oscars expected along with The Favourite and Netflix’s Roma which both saw great success at this year’s Bafta awards.

The Favourite won seven out of its 12 nominations, while Roma followed with four awards. Rami Malek took home the award for Best Leading Actor for his portrayal of Freddy Mercury in Bohemian Rhapsody.

“Cinema no longer dominates as the destination for first-time film viewing – it now has to contend with a growing list of acclaimed movies created by the likes of Netflix.

“The coming years will no doubt see the introduction of more non-traditional production of films take to the spotlight as compelling content increasingly takes centre stage in video. The hype and virality surrounding Netflix productions have proved to be real assets which have resonated well among younger audiences.”

Buckle added: “Our data shows that among those aged 16-34, 56% in the UK and US say they share memes on social media, helping to explain how the spread of memes surrounding Netflix’s Bird Box played an important role in raising awareness of the movie.

Netflix produced and or acquired approximately 700 new or exclusively licensed TV shows in 2018, including more than 100 scripted dramas and comedies, many documentaries and children’s shows, stand-up comedy specials and unscripted reality and talk shows from an approximate 21 countries.

Driving Diversity
The report found some 50% of those respondents in the UK feel that the 2019 Academy Awards reflect greater diversity in films compared to previous years, with racial representation considered amongst consumers as the type of representation that has improved the most, 27%.

The #OscarsSoWhite appears to have made an impact on the industry to drive change.

Among UK consumers, the report found diversity is far from resolved.

With 54% stating diversity still needs improving and the main forms of representation needed improvement including 19% for racial, 17% for LGBTQ, 14% for gender and 4% cited other.

The 2019 Oscars have seen the largest representation of women nominees its clear respondents are passionate about driving change across the industry.