Some largescale acquisitions and investments have spurred interest in virtual reality (VR), but the jury is still out on how broadcasters can make money from the immersive technology.

The interest in virtual reality (VR) skyrocketed in March 2014 as a result of Facebook’s acquisition of Oculus Rift.

This drove an increased wave of investment in VR startups - Google invested over $500m in Magic Leap in October 2014 while Jaunt and NextVR together raised a total of $145m between 2015 and 2016.

Broadcast players, which have showed high levels of interest in the technology since the beginning, rolled out some significant initiatives last year.

An important initiative was the provision of 85 hours of VR Olympics content by NBC last summer – for the first time ever in a Summer or Winter Olympic Games’ broadcast. 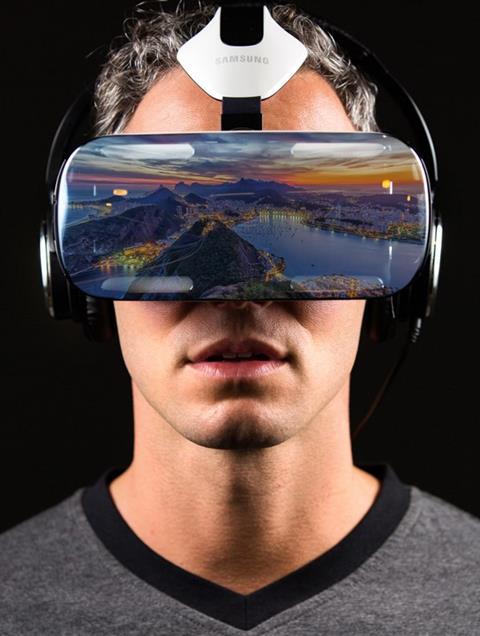 Some broadcasts - such as the opening and closing ceremonies - were made available on delay in VR along with a wide range of downloadable content such as highlights. Viewers could enjoy the VR broadcasts through the NBC Sports app using only the Samsung Gear VR headset together with a Samsung Galaxy mobile phone.

Another important initiative was the VR broadcast of several sporting events – including the Premier Boxing Championship fight, the Nascar Daytona 500, the Big East college basketball tournament, the Bundesliga 2016-2017 opening match and the U.S. Open golf championship - by Fox Sports.

This was made possible thanks to a five-year partnership signed by the broadcaster with NextVR. All these events were made available for free on the NextVR app. Viewers needed to download the app on any Samsung Gear VR headset-compatible phone to access the live stream.

NextVR also entered a partnership with NBA Digital at the end of 2016 to broadcast one game a week in VR. In this case, viewers have had to purchase a subscription to be able to see the VR content on the NextVR app – again, using the Samsung’s Gear VR.

Early use cases of VR technology show that most broadcasters have so far relied on external suppliers such as NextVR to deliver VR experiences; this has been achieved through investments or partnership. The rationale behind outsourcing VR broadcasting resides in the inexperience of broadcasters with the technology and, more importantly, in the current absence of financial gains from VR broadcasting.

In fact, aside from the deal between NextVR and NBA, most initiatives have entailed the free broadcast of specific live events on a third-party app. Also, most Pay-TV broadcasters currently do not require any authentication to access the VR content.

Therefore, despite the recent spending bonanza, broadcasters still have to figure out how to consistently make money from the new technology. Will it be a subscription-based, advertising-based or PPV model? IABM tried to answer this question by asking end-users at NAB 2017 how they were planning to monetize VR video offerings.

Some 68% of research participants responded “don’t know” or “we are not planning to monetize it” to this question. “Advertising” was the most popular choice, but with only 12% of respondents.

Broadcasters will also find that subscription-based offerings and PPV could be valid models for content monetization – the NBA Digital case is an example of a subscription-based VR offering. Viewers may be more inclined to subscribe to a new VR video service if this includes the type of content they are interested in watching in that format – particularly live sports.

This is because the VR live experience could represent an alternative, or surrogate, to watching the same match in the stadium. Advances in technology will allow real live experiences to be reproduced much more accurately in a virtual world.

There are of course other challenges to the adoption of VR technology. These relate to the final consumers’ adoption of VR equipment and their experience with it.

Consumer awareness of the new technology is not high and headset prices remain too high.

In fact, if one includes the purchase of a more powerful computer to handle VR processing, the total investment for a consumer still surpasses $1,000 for a high-end VR experience. Most current users of the technology seem to rely on headsets connectable to a smartphone – such as the Samsung Gear VR.

With regards to the VR consumer experience, the immersive nature of the medium, which requires the undivided attention of the viewer, eliminates the shared social component of any television viewing. Also, as opposed to the traditional television experience, VR requires viewers to play an active role in storytelling.

From business model to consumer challenges, VR has still a long way to go before becoming established in broadcasting.