With women remaining notably absent from this year’s Academy Awards nominations, it is of vital importance that the industry does more to attract and retain women, says Digital Orchard managing director Sam Margaritis. 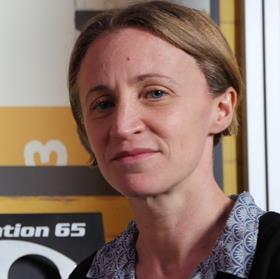 This year’s Oscar nominations were announced recently, and unfortunately, once again women nominees were notably absent in some of the key craft categories including Directing, Cinematography and Film Editing.

In the UK, out of 107 BSC members, only seven are women. All this just goes to prove how much work we still have to do in the struggle to achieve equal gender representation in the senior creative and technical side of the film industry.

An important question to address is why women aren’t applying for some of these more technical roles in the first place. Digital Orchard is a film and digital dailies facility that represents 28 camera technicians of which only 3 are female.

We have many technicians applying to join our books each year but fewer than 1% of those applying are female – and this is a company that is actively searching for more women technicians.

I have had conversations with people who have said to me that ‘people don’t like to employ female DITs’ so there is obviously a generalised bias there somewhere, but for what reason?

Various scientific studies have in fact shown that ‘men prefer things, women prefer people’. It could be argued that the reason there are fewer women in some of these technical roles is simply because most women just aren’t as interested in new tech.

While this could certainly play a part, I am of the opinion that, particularly in the film industry, it is much more complex than this, not only because most DITs will tell you that theirs is a predominantly creative role.

I would argue that the lack of women in these roles is largely down to two main reasons. One is the lack of knowledge regarding which roles even exist in the industry past the coveted director, producer, cinematographer roles.

We need to see more companies doing what Screen Alliance Wales does, that is, going in to schools, colleges and universities and working with them to promote and train crews so that there is a lasting film infrastructure and young people know exactly what roles there are out there.

The second reason I would attribute to the overall culture of the film industry.

The ‘old boys club’ attitude of some (but by no means all) on-set, can often be exclusive, not only to women but to any ‘outsider’ and anyone who doesn’t quite fit the mould.

It is not unusual for industries with strong controlling cultures like this to subconsciously select people to work with them who are like them in a form of homosocial reproduction.

I believe that many of the attitudes of those who have been on set or within the industry for many years can sometimes be so deep-rooted and often unspoken that it could take years to bring it all fully to the surface.

However, when speaking to the female DITs that are on our books and other women in senior technical roles in the industry, they give me the impression that things are changing, slowly.

The new generation currently climbing the ranks has, thankfully, far less interest in gender and do not really see this as an obstacle to their success.

Fairly recently it has become much more usual to see a much more gender balanced camera team for example and we must consider that these are potentially the next generation of cinematographers hopefully setting a new culture for the industry.

It is however of vital importance that these senior female crew members do not fall into the same traps as those before them once they have become part of that ‘exclusive’ club. They must remember how important it is to encourage and nurture talent above anything else and accept and welcome emerging filmmakers of any gender.

Another point to raise would be the unforgiving nature of the film and television industry and the huge demand it makes on all who work within it.

With excessively long hours and often very difficult working conditions it is a very hard industry to remain within especially for those who have young children. Since women tend to, more often than not, be the primary caregivers, this is a very common reason why women might not progress further than a certain level in some departments.

Raising Films is a fantastic organisation that aims to change the industry so that the choice between being a parent and making films is no longer one that people have to make. By providing information, education and solutions they are working with the industry to address the issues that carers face.

Digital Orchard’s aim is to encourage more women to be DITs, data wranglers, dailies operators and video playback technicians and continue to support and encourage women cinematographers and other women in other senior creative technical roles.

We support the Illuminatrix group of UK-based female cinematographers and we are ‘friends of’ WFTV, the leading membership organisation for women working in creative media.

The work of all of these organisations will help to address the issue of gender imbalance in TV and film, but it will also require effort and participation from everyone in the industry. And then, hopefully, we will start to see more women nominated – and winning –  in the craft categories of the Academy Awards.

Sam Margaritis will chair the ’Taking Action: How we get more women into senior technical roles’ panel discussion at BSC Expo in Battersea on 2 February