A town square for Europe

Renowned news innovator Deborah Turness reveals how she is harnessing new tech, platforms and formats to bring Euronews into the heart of the story and how she turned NBC back into a number one ‘challenger brand’.

After a four-year stint in New York, bolstering NBC’s flagship news output, its former US president is one year into her next mission: transforming Euronews NBC into ‘a town square for Europe’. 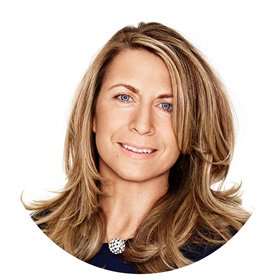 Last June NBC took a 25% stake in the Lyon-based news channel, which led to Deborah Turness’ return from across the pond to become the first president of NBC News International and to oversee content for the new Euronews NBC.

According to the British journalist and self-confessed Francophile, NBC had been looking for the right vehicle to boost its international profile for some time and Euronews, which broadcasts in 12 languages to around 3.3m viewers, reaching more than 160 countries, fit the bill perfectly.

“It’s got this fantastic global distribution, a strong brand presence and [according to market research] high trust metrics,” Turness says, adding that what makes the channel unique is its melting pot of views and its absence of a singular national perspective.

“Other news channels are either state funded or see the world from a national particular prism – Euronews is such a diverse organisation - it doesn’t have one perspective of the world. That’s its real strength.”

According to Turness, NBC has retained the core brand values of Euronews – that ‘All Views” (its tagline) matter – and is intent on bolstering this proposition through extra editorial and infrastructure.

“With our investment we plan to strengthen that brand offering throughout Europe,” she says. “As voters become more tribal and social media deepens this risk of an echo chamber – we want to be that meeting place where the big issues of Europe are hosted and discussed - a town square for Europe.”

She says that she aims to bring this proposition to life through new programming formats and new ways of reporting.

Euronews already paved the way for this structure a year ago, transforming its service from one news feed with 12 language options to 12 video separate feeds – one for each language.

Building on this, several programming tranches are being integrated into the British-speaking feed – with other language services to receive their own live TV formats in due course.

A new flagship breakfast programme, Good Morning Europe, launched in May - the channel’s ever studio-based news bulletin - while a politics show, Raw Politics is earmarked for this September.

According to Turness, while the first hour of the political show will comprise of the usual interviews and discussions, the second will be dedicated to the audience’s unique range of views.

This second half will include a segment called ‘Your Call’ (which Turness describes as ‘a next gen radio call-in show’) that will allow viewers to phone in or use social media to express their opinions.

For this section she also hopes to form key relationships with talk radio news brands across Europe, harnessing them as a resource to reflect Europe’s rich mix of views.

“We want to identify and simulcast a cross-section of popular talk radio shows across Europe. If you look at stations like LBC now - it has cameras in their studios all the time - these stations are becoming fabulously sophisticated,” she says.

A renowned innovator, it was Turness who was partly responsible for perching Channel 5’s news desk anchors onto their desks in the late 90s when the UK’s fifth terrestrial broadcaster launched its flagship news show.

At Euronews she wants to use new technology and platforms to reflect Europe’s views and to bring the news channel closer into the heart of the action. 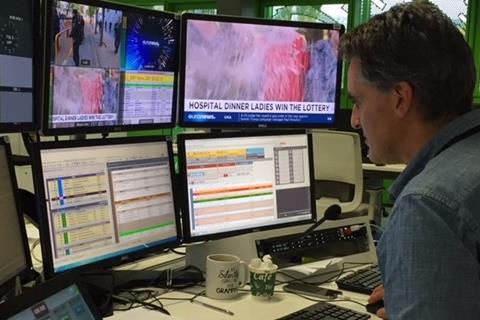 Central to this aim is the iPhone. Her newly appointed team of multi-skilled correspondents – in London, Paris, Brussels, Berlin, Rome - and, soon to follow, Moscow, Madrid and Washington – are using smartphones as their main tool to report from breaking news stories.

“We’ve cut the chord with the big cameras and the satellite trucks - our correspondents will report exclusively on iPhone’s Live View app. This liberates them incredibly as journalists where they will be reporting from the front line of Europe’s biggest stories,” she says.

The move is already paying off. Earlier this summer Anelise Borges, Paris-based correspondent for Euronews, was the only broadcast journalist on board the Aquarius rescue ship, operated by Médecins Sans Frontières, that picked up 623 migrants in the Mediterranean.

For ten days Borge broadcast live footage from ship, appearing on scores of other news broadcasts, including CNN, with her twitter account becoming ‘the feed to follow’.

Borges also became the first journalist to break the news that Italy was closing its doors to migrants, and she was also able to report, first hand, on the human aspect of Europe’s escalating refugee crisis.

“The situation became a symbol of Europe’s malaise and she was able to film that close up. Footage featured children, babies, toddlers, all who would have died had they not been rescued,” says Turness.

“Whichever side of the fence you sit on for me it’s important to bring the subject of migration to life. That kind of journalism, that tone, only a person with an iPhone can deliver,” she adds.

Squaring the circle
A second innovation Turness has introduced to the channel is #TheCube - a social news hub integrated into Euronews NBC’s news studio and manned by social content specialists.

“The Cube is there not only to debunk fake news but to bring in different views and add a diversity of opinion all the big stories of the day,” she explains. 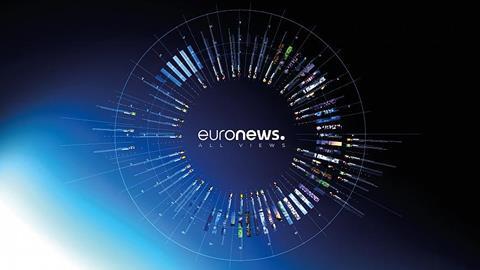 Trust, Turness says, “is the hardest thing to build up and the easiest thing to lose”. And she should know, being on the front line of a fake news crisis not long into her tenure at NBC when Nightly News anchor Brian Williams was suspended for making false claims that he had come under fire from a military helicopter in Iraq.

While NBC weathered that particular storm, she believes that the erosion of trust among certain elements of US voters runs much deeper than a single fake news story.

Mainstream media failed, she argues, to address the rise of nationalism and populism, choosing instead to “filter the world that they wanted to live in rather than the world they are in”.

She adds: “If we had adequately covered this and if we’d really been listening to what everyone had to say then we wouldn’t have got it wrong. There has been a systemic failure in how we are operating, we are losing trust among those people,” she says.

“Big organisations – whether they make fast moving goods or cars – when they get to number one and stay there, they forget to be a challenger brand”

At Euronews, Turness claims, NBC has found the perfect host through which to redress this balance. From Brexit to the migration crisis, she wants the channel to be central to those conversations “about what unites us as well as what divides us” and “to be a brand that can be trusted.”

Building up news brands is something of a specialty for Turness – who set to work on turning around NBC’s fortunes following its sale to Comcast three years earlier, after some of its top-rated news programmes took a dive in the ratings.

By the time Turness left in 2016, flagship shows such Today, NBC Nightly News, Meet the Press and Dateline were back on track again. So, what was key to this success?

“It happens to a lot of big organisations – whether they make fast moving goods or cars – when they get to number one and stay there, they forget to be a challenger brand.

“NBC needed to understand that it was a challenger – which was about listening to consumer research and remembering what it was that made it so special,” she says.

While listening to the consumer to find out what they value is key, she adds that, ultimately, it’s good journalism that is a news channel’s “unassailable force” – a strategy she applied at NBC and is now intent at carrying out on Euronews:

“You need to constantly look at how you break news and build your organisation as a hungry, aggressive brand,” she says. “Ensuring you secure big interviews and empower correspondents to bring in the big stories that will put the channel on the map – and encourage more of them.”