Accelerating the adoption of addressable ads

Addressable advertising is attracting new businesses of all sizes to the TV space and enabling the likes of Sky and RTL to compete with digital giants. But in the battle to secure a healthy share of digital ad revenues, rival players must partner up, while some regions face legal and technical challenges. 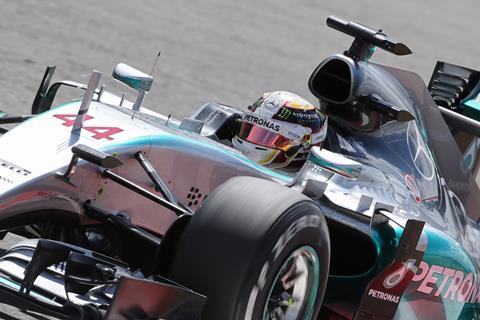 But as the experiences of the UK and German markets reveal, hitting viewers with more relevant ads in the live broadcast stream is not about to reverse the decline in broadcast ad revenues overnight, it’s going to be long play and partnerships between rival broadcasters is key.

The UK market
In terms of reach and maturity, the UK’s strongest ADTV proposition is Sky’s £100m AdSmart platform, which has delivered 18,000 campaigns for over 1,800 advertisers since its launch in 2014.

The platform works by sending a library of TV spots over satellite to the hard disk of a Sky+HD set-top box. Households can then be targeted via data based on a viewer’s age, postcode or household composition which is all collected in a way which the broadcaster maintains is GDPR compliant.

Sky claimed in a whitepaper published on the platform’s fifth anniversary in August that ADTV could cut channel switching by a half. Coupled with traditional linear advertising, the same report found that ADTV ads could also raise awareness by a quarter and recall by a half.

According to Sky’s director of advanced advertising Graeme Hutcheson while clients include a healthy range of big blue-chip companies, over 70% of its customer base is new to TV.

This is partly down to how Sky has structured its pricing: An ad will only play, for example, when its specified audience is watching and AdSmart only charges an advertiser if 75 % or more of their ad has been viewed.

“It used to cost a six or seven-figure sum to advertise on TV but with targeted advertising that can now be five figures or even four,” says Hutcheson.

Among the thousand AdSmart clients to embrace the service for the first time is Huddersfield Town. The English football team raised its number of season ticket holders by a third by targeting over half a million households within 60 minutes’ drive of the football club.

Similarly, when heating company Gasway wanted to launch a campaign targeting homeowners in Peterborough, the East Anglian company’s boiler sales in the area rose by 15%.

Partnerships
These tangible results, which Sky claims is yielding a 70% advertiser return rate, are convincing other broadcasters join the platform.

Channel 4 was the latest broadcaster to sign up earlier this autumn in a deal that also saw 4Sales clients UKTV and BT Sport join the service. Channel 5 became the first commercial rival to join AdSmart in 2017.

Sky has also gained platform reach, by signing up Virgin Media in August - expanding the AdSmart service to 11m households, or 45% of the population.

This number is predicted to jump to 60% by 2021 as Sky brings AdSmart to OTT including its on-demand video service Now TV as well as to some channels on rival OTT service YouView.

In April, ITV announced an exclusive partnership with ad tech firm Amobee to make it easier for advertisers to obtain both mass simultaneous reach across its linear channels and targeted, data-driven addressable advertising on the Hub.

The broadcaster also wants to invite other broadcasters and their advertisers onto its platform.

An ITV spokesperson for the broadcaster indicated that ITV is now interested in bringing AdSmart to its customers but emphasised that it would need to be the right deal.

Hutcheson confirms that Sky is open to working with other broadcasters “in as many ways as we can” but adds that ad platform deals are usually part of a broader conversation and one that tends to be “wider than just advertising”.

The Channel 4 deal, for instance, was part of a bigger multi-year deal with Sky that saw the terrestrial broadcaster retain the highlights rights to Formula 1 and the British Grand Prix as well as agree on a carriage agreement to offer more All4 series box sets.

ITV is likely to want to negotiation wider terms, and a reassurance that others will join its platform, meaning that while an AdSmart deal is possible, it could still be some way off.

Comcast
Since Comcast’s acquisition of Sky, the two businesses have also been exploring synergies as the platform takes its first steps towards creating a global solution for ADTV.

“We’re helping them with linear addressability and we are learning how they use other forms of advertising,” Hutcheson reveals.

In a sign of confidence in the AdSmart brand, NBCUniversal and Sky have merged under the AdSmart banner. Hutcheson adds that the simplicity of Sky’s position in the market makes it a useful testbed for ADTV.

“We’re lucky in the UK,” he says. “Sky is a vertically integrated platform business, with a customer relationship and a sales operation which is rare in context of global broadcasting.”

HbbTV
In markets where one or two operators dominate, proprietary solutions like AdSmart are currently flourishing.

But in territories where there are many competing TV operators without significant scale the HbbTV standard in advertising offers another solution.

Its proponents believe that the DVB standard will deliver a roadmap towards addressable TV that is independent of Pay-TV operators, allowing them to ‘test and learn’ without having to join a rival ecosystem.

HbbTV enables advertising to be addressed at target groups via an ad server during the linear broadcast of television content and interoperates with most current TV sets in Europe.

To date, this standard has widely been used to insert IP-delivered L-shaped graphic overlays around a TV show, or when a user switches channel, which is delivered on the broadcast signal.

Germany
Germany is one of the most proactive HbbTV markets in Europe, although the technology is still broadly limited to these static ad insertions. 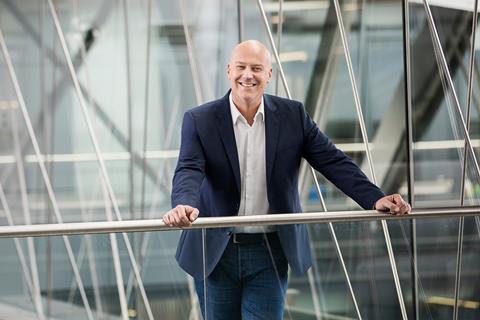 RTL maintains that the broadcaster’s Smartclip addressable TV platform is capable of reaching 18m households with this type of ad format.

However, Mudter adds: “If you want to use video in addressable ad campaigns you need HbbTV 1.5 or higher,” he says.

“We’ve started trialling video ads with HbbTV 2.0 but we’re still very much at the beginning of this process. Video is difficult to plan out, and the reach is lower,” he adds.

RTL rival ProSiebenSat.1 has also been a trialling addressable TV video spot. However, Dr Jens Mittnacht - the German free-to-air TV network’s ad-tech chief confirms that of the 300 addressable ad campaigns launched in the first half of 2019 “the majority have been graphical switch-ins”.

There are also some technical hurdles to overcome with the HbbTV spec: while the 1.5 version of HbbTV supports full video spot replacement there are a number of important improvements in the 2.0 and 2.0.1 versions that need to happen to guarantee a better user experience. 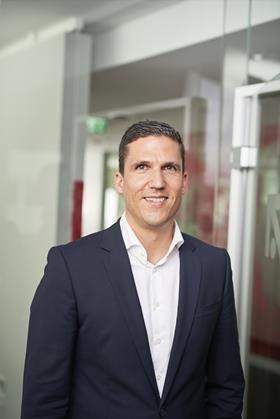 The main issue though is reach: support for HbbTV2.0 devices is low at around 5-10% of these 18m households. And, unless TV and device manufacturers are heavily incentivised, this isn’t likely to change any time soon.

Digital ad insertion for OTT is another area RTL is exploring and earlier this year the broadcaster acquired UK firm Yospace, a specialist in dynamic ad insertion during live streaming and on-demand viewing.

However, like HbbTV’s roadmap to video, Mudter makes it clear that the broadcaster is very much at the beginning of this journey.

“Again, we don’t have a high reach yet over OTT platforms – it’s getting higher but it’s not as high as cable or satellite. When that grows then digital ad insertion will develop with it,” he predicts.

Mittnacht believes that the market for addressable TV and online video in Germany is expected to be “in the single-digit billion euro range” by 2022.

In most cases, Mudter adds, clients view addressable as an added value service to their linear TV campaigns.

Legal challenges
Germany’s progress in addressable advertising has also been hampered by the country’s stringent media law, which threatens to slow down growth.

The nation’s Broadcasting Treaty is restrictive around addressable advertising at a regional level, while the new EU-wide GDPR rules limit how data is gathered.

“With GDPR we need a clearer definition of what privacy means, but we have a bigger issue with the Broadcasting Treaty because it is not yet clear whether ATV is TV or the internet. This is still a grey area and it would help to get some clarity on this, “says Mudter.

He adds that local press and radio are supportive of the status quote and fiercely protective of their market share - particularly since Google and Facebook have eaten into their ad revenues.

“Ironically these digital players can go regional down to a house - but because they’re not subject to the same regulation this has now been aimed at us,” says Mudter.

In other territories such as France, addressable advertising is prohibited –although L frames however have been integrated on French broadcaster M6 through Mediengruppe RTL’s ATV specialist smartclip.

M6 has also conducted ADTV trials with is advertisers – it’s most recent being with La Poste. The broadcaster has also teamed up with rival TF1 and public broadcaster France Télévisions to mix audience data and sell ads across their combined portfolio.

D-Force
In Germany meanwhile, as Sky AdSmart starts to make inroads into this market, and as Facebook and YouTube and Facebook Watch continue to eat into TV’s digital advertising revenues, partnerships are also becoming increasingly important.

Even the Germany antitrust authorities deemed that a joint venture between RTL and Prosieben that unified the two broadcasters’ booking platform was no threat to the market.

The broadcasters point out that the platform is designed to be scalable and open to other partners, creating what they hope will be a pathway for others to join thus turning it into serious competition for global players.