Agility and innovation: The essential ingredients

Established content providers should be agile, innovative and willing to adopt new technologies if they want to take on the digital giants, says Channel 4’s Keith Underwood. 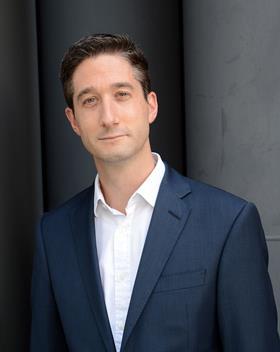 Preparations for IBC2018 are taking place at a remarkably interesting time in the broadcast and broader media industry; one in which technology-led disruption is changing the ‘rules of the game’ and creating new opportunities for those businesses which are agile and innovative enough to seize them.

Never before have the themes covered by this conference been so integral to the corporate strategy of those businesses which will flourish in these turbulent times.

Technologies such as big data analytics and cloud computing – once the preserve of more ‘academic’ workstreams at IBC – are now commonplace in those businesses which are outperforming their peers.

“David did not beat Goliath by piling on the pounds. The victory came by being agile, nimble and deploying new technologies”

We are also starting to see mainstream implementations of more leading-edge technologies such as artificial intelligence, block chain and robotic process automation.

Topics which were once the confined to a visionary CTO are now embedded in the daily vocabulary of any successful CEO.

And the reason for this is simple; in the past, a perfectly rational response to an unstable marketplace was to wait, observe and attempt to ‘out-execute’ competitors once the strategic direction of travel had been clarified by early-movers.

Today, the accelerating pace of change punishes those who are unable to comprehend, develop and rapidly deploy new technologies for competitive advantage.

The media industry is a classic case-in-point.

New technologies have eroded traditional barriers to entry. For so-called ‘legacy’ broadcasters (my current employer amongst them), the protective layers once provided by national boundaries, a scarcity of distribution capacity, and assured prominence on regulated user-interfaces have been breached.

Now – more than ever before – established content providers must compete head-to-head with new entrants with global scale; specifically the ‘Digital Giants’.

Of course, this enhanced competition has brought important benefits for consumers, at least in the short term. It has driven quality and choice in what is now considered to be a ’Golden Age of TV’. But, left unchecked, there are risks; risks to our creative industries, to the sustainability of investigative journalism and to the diversity of new talent.

Longer term, it is debatable whether the increasing influence of global players will leave consumers under-served with challenging, inspiring and risk-taking content that addresses local issues of societal value. But what is undeniably clear is that established businesses must respond, and respond quickly!

For many, the response has been to enter a race to scale; both horizontally (to broaden the product portfolio) and – more often – vertically (to control distribution).

The current battle for the ownership of Sky provides for an interesting case in point.

As James Murdoch said: “Scale provides the confidence to invest strategically, take risks, and support the development of new technologies and innovation – critical attributes in this dynamic period”.

This is true, but scale alone is neither a critical nor sufficient success factor.

David did not beat Goliath by piling on the pounds. The victory came by being agile, nimble and deploying new technologies (well, a catapult!).

Indeed, as Murdoch went on to say: “We’re not after scale for scale’s sake, nor should scale come at the expense of authenticity and quality”.

In any market there will always be room for distinctive propositions from smaller players with a clarity of consumer focus and brand identity. 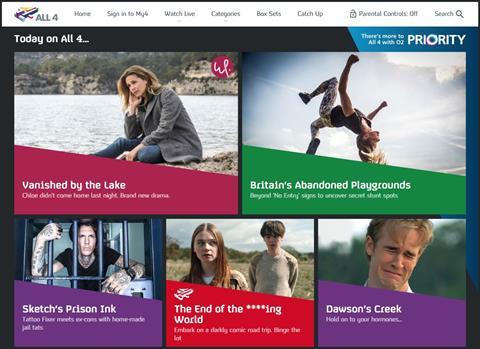 Personally, I would much rather work in a small business that is agile and innovative, rather than one which is reliant upon scale. Fortunately I do! Channel 4 – as a publicly-owned, commercially-funded, public service broadcaster – is largely excluded from the current M&A arms-race.

Instead, Channel 4 relies on an innovative deployment of relatively limited resources to stay ahead. And it has a proud history in this regard; being the world’s first broadcaster to launch a VoD service, the first to realise the value of a well-executed data strategy and the first to offer advertisers a programmatic trading platform. Partnerships are central to Channel 4’s success; many of which have been formed at IBC.

So, with this backdrop, I am pleased to be Guest Chair of the Conference for IBC2018. In this capacity, I want to shape a conference that will showcase businesses – of any scale – which can demonstrate practical applications of new, innovative technologies which support real-world consumer propositions.

Carefully curated conference tracks will – amongst other things – show: how machine learning is being applied to deliver enhanced user-experiences on new digital platforms and enhance legacy systems to provide valuable decision support, how cloud computing and IP based systems are enabling ‘fluid’ platforms for content creation, distribution and consumption, how robotic process automation is being applied to extract unparalleled efficiencies in back-end workflows, reducing error rates and freeing up workers to focus on more valuable creative tasks, and how block chain is being applied to revolutionise digital rights management and programmatic advertising in a world where decentralised trust is increasingly attractive to both business and consumers.

These are amongst the many themes that will be covered by a diverse line-up of speakers from the world’s most impactful businesses.

I look forward to seeing you in Amsterdam.

The IBC Conference will take place Thursday 13 to Monday 17 September.