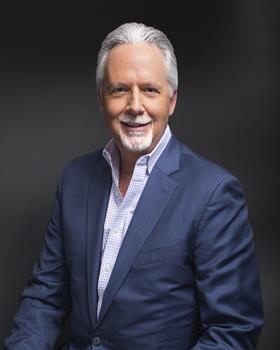 Speaking at the partner and press event ahead of NAB 2019, Rosica said that Avid had previously “talked about things that weren’t nearly ready – products that were just entering development and that weren’t even close to being available.”

But Rosica, who was appointed CEO in March last year,  said that would no longer happen.

“One of my early mantras to this team was to make sure that we stop this immediately, and that we only bring things to stage or unveil at any time when we are near the end of development and when there is clear line of sight that product is very near.

“Innovation doesn’t help anyone if it’s not here now. It’s great to have a future direction, but we must focus on innovation that is here today.”

Rosica’s commitment to vanquishing the vaporware was endorsed by Avid founder and non-linear editing pioneer Bill Warner, who said it was a return to the company’s previous approach to product launches. Warner also gave his seal of approval to the “completely reimagined” Media Composer that was unveiled today.

Avid founder Bill Warner described Media Composer 2019 as “faster, and is easier to manage footage in different ways and in the end users can be more creative because of the ability to go from what’s in your mind to what’s seen on screen.” 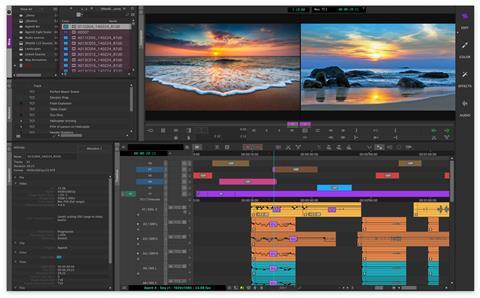 Avid is positioning Media Composer 2019 as software that will allow an editor to “go from first cut to delivery without ever leaving the application”.

Media Composer 2019, which will be available in May, includes an overhauled user interface with redesigned bins and task-based workspaces. It also includes native OP1A support, built-in 32-bit full float colour pipeline and the ability to ingest and deliver IMF packages in support of the growing requirement for post firms to supply content to online platforms.

Speaking to IBC365, Warner said that when Media Composer was launched in 1989 the ground-breaking non-linear editing system “wasn’t really ready”.

He said: “At the very beginning it was released ahead of when it was ready; there was always internal tension about when to launch, but we had to make NAB 1989, which was when we demoed it but you couldn’t do any real work with it.

“By release two, it was really working and after that pretty much when the company announced releases, they would work. But then different Avid CEOs had different approaches with some more recently talking about things before they were ready to ship.”