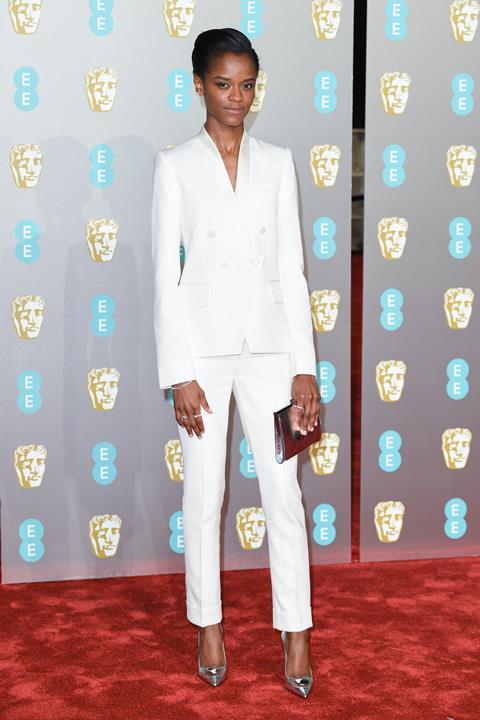 Black Panther star Letitia Wright was a Breakthrough Brit in 2015

The British Academy of Film and Television Arts (BAFTA) has announced a new partnership with Netflix that will see the streaming service support Bafta’s talent scheme ‘Breakthrough Brits’ in an international expansion.

The talent scheme, which is in its seventh year, will showcase and support the next generation of creative talent across the film, games and television sectors.

Bafta’s partnership with Netflix will see the streaming service help expand the ‘Breakthrough’ initiative globally by working to spot new talent overseas in regions such as the USA and India.

Breakthrough Brit was first launched in 2013 and has since promoted over 100 talented newcomers, including the likes of Black Panther star Letitia Wright, who was a Breakthrough Brit in 2015. Wright since went on to win Bafta’s EE Rising Star Award in 2019.

Wright credited the scheme with helping to further her career, saying: “A few years ago I saw myself in a deep state of depression and I literally wanted to quit acting. The only thing that pulled me out of that was God, my belief, my faith, my family, and an email from BAFTA saying that they wanted me to be a part of the BAFTA Breakthrough Brits.”

The Breakthrough Brits are selected by a jury made up of industry professionals. Those picked gain access to one-to-one mentoring and career guidance, along with access to Bafta events and networking opportunity.

The initiative has received backing from some star names, including the likes of 2019 Oscar winner Olivia Colman, Tilda Swinton and Brad Pitt.

Amanda Berry OBE, Chief Executive of BAFTA, said: “We are excited to partner with Netflix, who share BAFTA’s vision to celebrate and provide opportunities for emerging talent, and look forward to working together to realise our ambitions for ‘Breakthrough’ both in the UK and internationally.

“Expanding ‘Breakthrough’ globally will enable creative and cultural exchange and form an international community of talented newcomers who will benefit from bespoke and unique support.”

Netflix chief content officer Ted Sarandos said: “Developing new, more diverse voices is crucial for the future success of our industry and we’re excited to work with BAFTA to create career-changing opportunities for people from all backgrounds.”