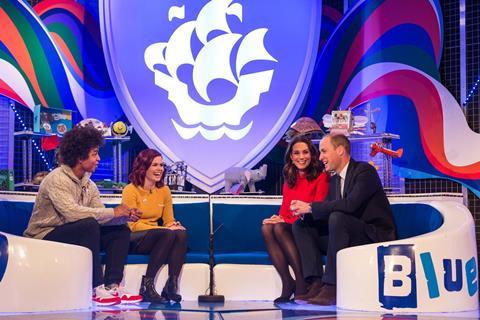 The BBC is set to spend around £100 million on advertisements aimed at attracting younger audiences to its platforms, according to several reports in the UK.

The British public service broadcaster has put out a contract for a media agency in a four-year, £25m social media ad-buying deal that would be aimed at increasing youth engagement.

The number of viewers aged 16 to 34 dropped from 60% to 56% this year as younger audiences turn to OTT platforms such as Netflix.

The contract’s tender document says, “New digital behaviours, particularly for younger audiences, mean that it is becoming increasingly challenging to reach young audiences solely through promotion on our owned media channels”, according to The Sun.

Currently, the BBC spends just £15 million a year on ads, with the new tender coming at a time when the Corporation is under pressure around funding following a decision to scrap free licence fees for 3.7 million over-75s.

A BBC spokesperson said: “It is becoming increasingly challenging to reach some audiences - particularly younger people - solely through promotion on the BBC, so some paid-for media is necessary.

“All media-buying is done with best value for the licence-fee-payer in mind, and the BBC spends significantly less on external promotion than other broadcasters.”

A recent report from UK regulator Ofcom highlighted the challenge British broadcasters are facing in attracting younger viewers. The UK regulator’s Media Nations 2019 report revealed that YouTube and Netflix are now the UK’s third and fourth most viewed channels, behind only BBC One and ITV.

While the average 18+ adult watches 48 minutes of BBC One, it falls to just 15 minutes among 8-34 year olds. This age bracket is much more likely to consume content online, with YouTube (1 hour 4 minutes) and Netflix (40 minutes) leading the way.

The ad plans were revealed as the BBC came under fire from some of its production partners who accused the corporation of strong-arm independent TV companies into extending licence lengths on iPlayer.

Ofcom recently gave the BBC the greenlight to keep shows on streaming service iPlayer for longer, extending the limit from 30 days to a year.

According to the Guardian Pact, which represents the UK TV production sector, has accused BBC representatives of repeatedly asking its members to extend rights agreements without paying more.

When Ofcom agreed to the iPlayer extension, the regulator said the BBC needs to “adequately compensate” prodcos who’s shows may be less valuable if they are kept on iPlayer for longer when they come to resell them to OTT services.

“The BBC has consistently sought to strong-arm suppliers into giving the BBC these rights for no compensation and without a proper agreement,” said John McVay, Pact’s chief executive. “Pact has warned its members three times since April that the BBC has not yet reached an agreement with Pact for its ambitious plans.”

There are also question marks around the impact of the BBC’s upcoming JV with ITV, Britbox.

A BBC spokesman retorted: “Both viewers and production companies win by making programmes available for longer on BBC iPlayer. This is about keeping up with viewer expectations and is long overdue. Audiences are choosing to consume content on demand and the value they receive from their licence fee should reflect that shift.

“We continue to have conversations with Pact and production companies to make this happen. Longer BBC iPlayer availability does not reduce the opportunities for them commercially, rather, success on the BBC leads to commercial success for independently produced programmes.”