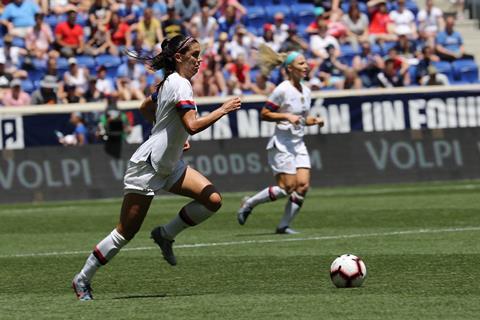 Arabsat has accused broadcaster BeIN of engaging in a “media smear campaign”, after the Doha-based broadcaster said it had proved the satellite operator was responsible for distributing pirate network BeoutQ.

In a company announcement on Friday last week, BeIN claimed a “major legal break-through in the relentless fight to stop the Saudi Arabia-backed pirate operation.”

It said that the Tribunal de Grande Instance de Paris had concluded the BeoutQ channels were available on 18 and 24 June 2018 on frequency 11919 MHz H and frequency 12207 MHz V via the Badr-4 satellite, which is operated by Arabsat.

Illegal streaming apps hosted by BeoutQ have been found to have pirated Champions League, Bundesliga, Formula 1 and the NFL among other entertainment programmes in a large-scale operation.

However, on Saturday Arabsat released a statement based on a very different interpretation of the French court’s ruling.

The Riyadh-based satellite connectivity provider said that it “refutes all accusations,” and claimed BeIN has spread “false news,” and its allegations against Arabsat was to cover its technical failure to address its own shortcomings.

It claimed: “The judiciary’s ruling rejected all allegations made by BeIN against Arabsat, confirming Arabsat’s valid position regarding all the accusations and defamation attempts led by Qatar’s media group, which sought to link our organisation to the dubious BeoutQ piracy.”

BeIN said the purpose of the case was to “establish in a court of law,” that Arabsat has been carrying BeoutQ’s pirate broadcasts.

BeIN claimed: “This was definitively established 12 months ago by three of the world’s leading digital security and technology companies, Cisco Systems, Nagra and Overon and now it has been confirmed by a European court of law.

“Since BeoutQ’s piracy began in 2017, Arabsat has, quite remarkably, denied any connection with the pirate broadcasting operation – despite BeoutQ openly advertising on its Facebook and social media channels the relevant Arabsat frequencies.”

In response, Arabsat denied the French court ruling and added BeIN was “constantly lying and distorting facts,” regarding the French court’s ruling, “proving its dishonesty and lack of credibility.”

It called BeIN’s efforts a “media smear campaign,” which was a “relentless attempt to push bogus and misleading claims.”

The statement concluded: “While welcoming the ruling in favor of Arabsat, we reserve the right to take legal action against BeIN, its executives, and all parties involved in spreading false news regarding the Arabsat ruling.”