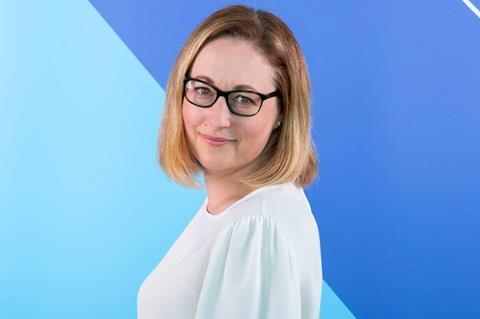 Lawton: ‘starting to break down the barrier between the production team and fans’

The first subject tackled was esports, and batting first was Melissa Lawton, live sports producer for Facebook. She said: “esports is a really complicated area. Obviously, there is the traditional virtual renditions of games you can play, like F1 and NASCAR racing, but what we are seeing in terms of innovation, is virtual sports.

“Participating online in the Tour De France is very like [having] a virtual trainer,” she added. “You’ll find athletes working in these areas, whether it is esports or virtual athletics.”

Matt Stagg, director of mobile strategy with BT Sports, observed: “Take Zwift and Peloton [indoor cycling simulators], you are starting to merge these two areas. The one thing that has always been a problem for broadcasters and esports is that in the traditional model you buy rights and then charge people to watch your content. It is very difficult to shut the door on the fact that everybody watches esports for free.

“It is difficult to change that model, but as the demographics change, we are going to see more people involved in esports,” he added. “I am keen to see how the participation can happen hand-in-hand with this sort of tailored fan experience.”

Tony Page, president of digital and live divisions, Deltatre, placed his comment against what we have seen during the pandemic.

“[Regarding] the simulators for F1 and cycling, it has finally given viewers the ability and facilities to try and compete with trend athletes.”

On the issue of where the innovation is happening, Lawton was sure: “A lot of fans do not recognise the amount of innovation that’s happening in distribution, things like watch parties. There are things like live polling, asking the fans directly what they want to see.

“Asking them who they want to talk to, what commentary team they want to hear, is starting to break down the barrier between the production team and fans, and it is what the majority of consumers want to see,” she added.

Page added: “You have to remember that most broadcasters are full of sports fans and have a certain level of confidence that their innovations are going down well because they can talk about them internally before launch.

“There is so much footage behind the scenes,” he continued. “With second screen social we are moving towards a one-to-one relationship with the fan. They want to know tyre pressure or the heart rate of the guy going into bat, but other people want none of that. A lot of people want to sit back and have the producer show them the best content.

“Now we are moving towards personalisation, with people curating their own experience. That will boom as we move into augmented reality.”

Stagg considered remote production. “The studio will just be used in different ways. We implemented the whole Women’s Super League as remote production, and there are huge advantages. You are not sending trucks up and down the country. People are not staying away from home, so there is great work-life balance, and you get more creativity.”

The one debatable factor is the communications and networks. “We are bringing forward our 5G roadmap, because we have to guarantee we are not going to lose that feed,” said Stagg. “You cannot have a live production on a ‘best effort’ network.”