ARRI has unveiled a new version of its AMIRA camera designed specifically for multi-camera live broadcasts. 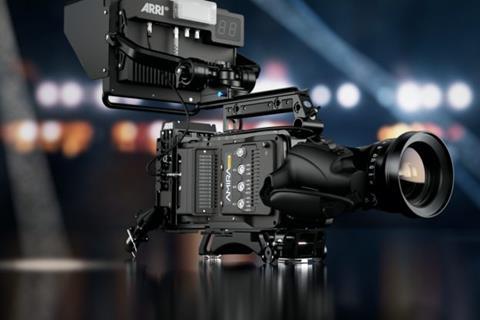 AMIRA Live eliminates external cabling between the camera body and the fibre adapter, which is said to result in a cleaner and more reliable configuration for live productions. Along with a new, feature-rich software update and the Viewfinder Multicam Monitor VMM-1, AMIRA Live offers a combination of system camera efficiencies and cinematic images, according to ARRI.

This cable-less design makes AMIRA Live more like the traditional system cameras used for multi-camera broadcasts, but the addition of ARRI’s ALEV III Super 35 sensor ¬delivers a cinematic quality. Removing the need for external cables also leads to faster system setup, reduced risk of accidental cable disconnection or damage and a cleaner configuration for the camera operator to work with.

Other features include the highest dynamic range of over 14 stops and the ability to record in-camera for post, finishing or slow-motion effects, while simultaneously transmitting live or UHD signals.

The VMM-1 monitor, meanwhile, is described as a versatile 10in onboard monitor that connects directly to the camera viewfinder interface or can be daisy-chained with the Camera Control Panel CCP-1. It includes controls for contrast, colour, backlight and peaking (including peaking on/off switch), a physical on/off switch for the frontside tally, and two camera user buttons. Accompanying the monitor is ARRI’s adjustable, quick-release Monitor Yoke Support MYS-1 bracket, designed specifically for the VMM-1 and for multi-camera setups.