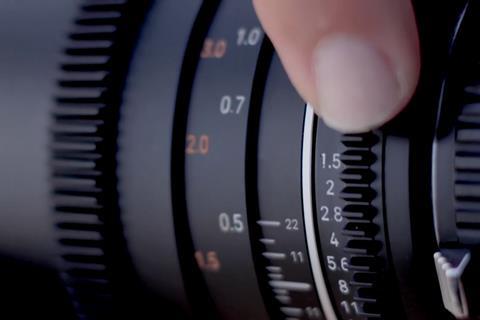 Samyang: The new VDSLR Mk2 lenses all open to an aperture of T1.5

The new models also have weather sealing, nine aperture blades and their focal lengths are visible on both sides for more professional use. The range is available in seven camera mounts (Canon EF, Sony E, Canon RF, Nikon F, Canon M, Fuji X and micro four thirds), with full frame coverage. They are suitable for both DSLR and mirrorless systems. A further model, the VDSLR 14mm T3.1 Mk2 will be launched early in 2021.

The original VDSLR range was launched in 2014 and has been popular with independent filmmakers and low-budget productions. Samyang claims that the range has also been widely bought by many cinematographers as their second cine lens set, for personal projects or commercial test shoots. The price of the Mk2 lenses has not been announced, but the current models are available for about £400 each, so their replacements probably won’t cost much more.

The compact size of the VDSLR lenses makes them ideal for hand-held and gimbal shooting. The VDSLR 50mm T1.5 Mk2 is just 7.47cm long and weighs 525.8g, but is fully-featured with de-clicked aperture and focus gear rings. The long focus throw, over 130°, enables users to focus more precisely.

The lenses have been updated with nine aperture blades, claimed to offer smooth, circular bokeh for pleasing out-of-focus effect, while 18-ray starburst highlights can also be created by stopping down to small apertures.

One major request from users of the earlier lenses was weather-sealing, which has been added to the latest line up. This protects the vulnerable gap between the lens and camera mount, to prevent dust, light rain and snow from penetrating, so that they can be used safely in less than perfect conditions.

The VDSLR Mk2 models have an updated design, with a black and matte finish. They are lightweight but sturdy and the distance scales are readable from both sides, as are the focal lengths, to make life easier for focus pullers and assistant cinematographers.