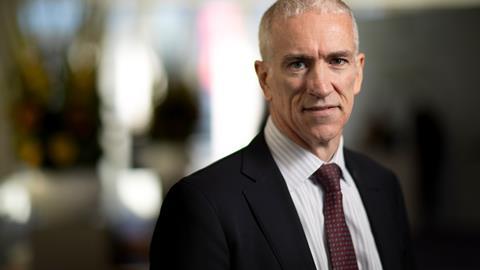 Profit is leaking out of TV

The TV industry is grappling with a ‘three-way profit squeeze’, which means many companies will not make as much money as they did in the past, warns veteran broadcasting executive Mike Darcey.

If anyone is able to make sense of the challenges and opportunities facing the media industry at a time of profound digital disruption, it is Mike Darcey. 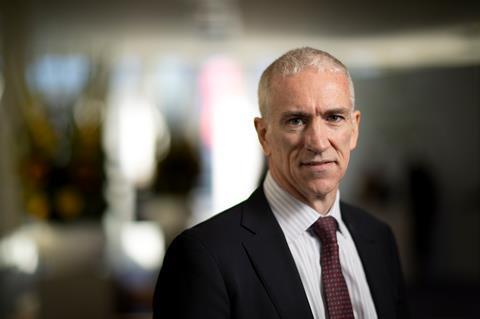 The former CEO of News UK (publisher of The Times, The Sunday Times and The Sun newspapers), Darcey has seen at first hand how digital disruption has played its way through a series of industries – from TV through to publishing, telecoms and retail.

Before News UK, Darcey spent 15 years at Sky - initially as Director of Strategy, then as Chief Operating Officer for the last six years.

More recently, he has worked with a portfolio of companies, either on the board, as Chairman or as a consultant. He’s currently Chairman of technology services firm M247, and works closely with companies including Dennis Publishing, Arqiva and Sky New Zealand. He was also on the board of Home Retail Group, owner of Argos, Habitat and Homebase, until it was acquired by Sainsbury’s.

“They are all industries that, in one way or another, have been going through some version of a digital transformation,” says Darcey. “There are many lessons and insights that carry across from one to another.”

FAANG creates confusion
The growing scale and reach of companies such as Facebook, Amazon, Apple, Netflix and Google has created “quite a lot of confusion” in the media industry, he points out.

It’s vital, however, that executives work out which parts of their company need to evolve quickly, and which are going to remain strong for the foreseeable future. “You have to be very careful not to throw the baby out with the bathwater,” stresses Darcey. “Some people are getting confused amid the maelstrom of things that are happening.”

By way of example, he cites magazine firm Dennis Publishing, the owner of The Week, Viz and AutoExpress. As Chairman, Darcey oversaw the recent sale of the company on behalf of the estate of its late founder Felix Dennis to private equity firm Exponent for a reported £166m.

Dennis, he said, had done a tremendously good job of navigating the changes in the marketplace. “It embraced the new world, but also hung on what was durable about the old world.”

Publishing, he acknowledges, is now a tough industry – but many print and news businesses are doing a very good job of surviving and thriving. “People who say I don’t want anything to do with publishing are probably missing a trick. We had a very vibrant sales process for Dennis, and achieved a price above what some predicted.”

Three way profit squeeze
It’s a similar story in the TV industry, reckons Darcey. Companies can survive the changes being wrought by digital disruption. It’s just that the market they operate in is likely to become much less profitable.

The ‘overarching theme’ that the TV industry is having to grapple with is a ‘three way profit squeeze,’ explains Darcey.

Firstly, the pay-TV world is being squeezed because consumers are trading down to cheaper OTT options like Netflix and Amazon Prime Video. “Price expectations are being driven down. The sense of what people think is reasonable to pay for an entertainment service is being fundamentally reset.”

‘There are lots of examples in history and industries where scale for the sake of scale doesn’t help you very much. The route to success is more complex’

Secondly, advertising revenue is being sucked out of TV by the digital industry – and this trend is only going to become more pronounced, believes Darcey.

Thirdly, the returns that broadcasters make from their content investment are also coming under pressure. Budgets, particularly for drama, are rising fast to meet viewer demand for high quality shows. Competition for talent between streamers and broadcasters is also driving up production costs.

“Our industry is being squeezed from all directions,” says Darcey. “Profit is leaking out. The consumer wins at the expense of the industry.”

It means that many companies will have to accept that they will not be as profitable in the future as they were in the past, even if they put in place and carry out the right business strategy.

“Sometimes shareholders in a business have real trouble getting their head that argument,” says Darcey. “You can understand that – they have gone through an extended period when everything was always up, and if a business executed the right strategy it grew and you made more money.”

One way to try to boost profits might be to tap into completely new revenue streams. He cites the move by Sky to sell broadband subscriptions along with its TV offer.

Darcey says there is also “a move towards scale” by entertainment companies in the face of competition from global players like Netflix and Amazon.

Indeed, as Darcey speaks, the protracted battle by 21st Century Fox and Comcast for control of Sky looks to be coming to a conclusion. Fox and Comcast both hope to acquire Sky to bolster their distribution, technology and content production at a time when the global media map has been redrawn by the digital players.

Legacy media companies have turned to consolidation to keep up, with AT&T buying Time Warner, and Disney acquiring Fox’s entertainment assets – including a 39% stake in Sky.

“There is clearly a move towards scale,” says Darcey. “That is often a response at times like this. And there is a plausible case that more scale helps. But I’m a bit nervous about people placing a bit too much weight on [scale] in a not very carefully thought through way. There are lots of examples in history and industries where scale for the sake of scale doesn’t help you very much. The route to success is more complex.”

Darcey says it is easier to agree that broad geographic reach is going to be important for TV businesses. “You either need to be very local or very global – and probably not fall between two stools.”

‘[Shareholders] have gone through an extended period when everything was always up, and if a business executed the right strategy it grew and you made more money’

Technology focus
It’s a different story, however, at technology services provider M247, where Darcey is Chairman. M247 specialises in business connectivity and internet infrastructure – and very much targets mid-market businesses, rather than small firms or large global players.

“It’s a very interesting part of the market,” says Darcey. “The mid-market is growing very quickly – and its tech requirements are growing very quickly too. They are growing geographically, they are taking their business to the cloud – they are on a tech journey themselves.” The big technology firms, however, find it “a bit tedious” to serve such companies – they are not quite big enough to matter.

So somebody like M247 is enjoying very strong growth in this area. It’s an example, he says, of how pockets of opportunity exist everywhere, even in tough markets.

Darcey also works with Arqiva, a business he describes as an essential part of the infrastructure of the TV and mobile industry. As such it is a ‘secure, very long term’ business underpinned by contracts that span 10, 15 or even 20 years.

“But, like everybody in this sphere, tech is changing everything around us and there are many other opportunities that will arise”. A big infrastructure player like Arqiva has to be alive to changes being wrought by digital disruption. “The questions that many other businesses are grappling with, such as how is my business going to change this year, are on a much longer term horizon. But, decisions still have to made today to position yourself optimally for how you think things are going to play out over the next 10-15 years.”