Viacom is championing audiences and its flagship channels with traditional distribution and over-the-top (OTT) models in a bid to enhance value beyond its core offerings, explained SVP Dan Fahy. 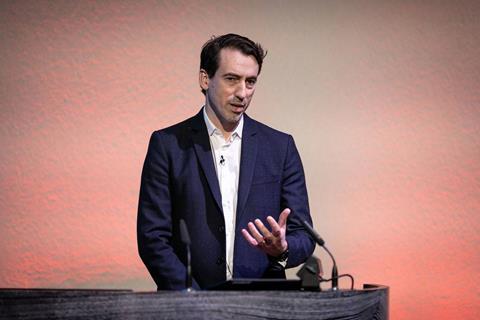 Viacom SVP Dan Fahy: ”We are not taking on Netflix”

With a number of distribution deals in Latin-America, Asia Pacific, Europe and the UK, Viacom is already innovating and has been for “many years” with over-the-top (OTT) services and telcos in the direct-to-consumer (D2C) market, explained Viacom International Media Networks vice president commercial and content distribution Dan Fahy.

Speaking during Connected TV World Summit in London, Fahy dispelled press headlines of late, stating: “We are not taking on Netflix.”

He highlighted the partnerships and collaborations with streaming video-on-demand services that have proved successful, notably its Danish service YouSee which is the largest video-on-demand (VOD) service in the Nordic region.

“Our partnerships are paramount and [we are] investing more in pay-TV than we ever have done.”

He added that its UK Channel 5 brand is already innovating with its on-demand app service: “My5 opened up the partnership model which we benefit from its reach.”

Fahy pointed to its “evolving partnership” with Amazon Channels on Prime Video for its Milkshake channel - a service aimed at British preschool children and priced at $2.99 - has addressed a gap in the market.

He said the deal was struck after recognising some appetite for the service but has been surprised by the conversion rates and confidence in the offering.

He said Viacom is heavily investing in major partnerships and cross selling opportunities with partners in the telecom business.

“Nickelodeon is our major kid’s studio and brand globally, we launched a few years ago a companion app this had a curated kid-friendly interface with all the long-form programming,” he explained the app also has games, eBooks and short form clips.

“We produced this to go with our pay TV distribution partners,” adding it has a number of distribution deals around the world including Latin America, Asia Pacific and in Europe.

He said: “Fundamentally we are investing in pay-TV and OTT networks.

“The health of the bundle is what drives us and our partnerships and audiences,” he said, adding that catch-up service MTV Play ”is not new and different, but we are doing this thing already in different guises.” 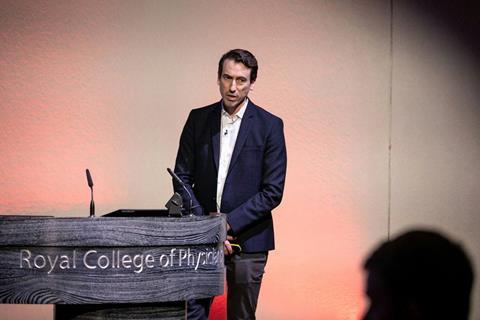 The new streaming service app was launched at the end of January this year for £3.99 per month targeting a younger mobile-first audience who are interested in its unscripted reality content like Geordie Shore and Ex On The Beach.

He added: “It’s a heavily curated experience, refreshed daily with a team dedicated to making sure it’s a great experience… we deliberately designed the app to fit into our pay TV ecosystem and that has opened up almost immediately new partnerships.”

The proposition marries audience and partners needs with accessible prices for the full MTV content experience exclusive to Android and iOS devices. it is distributed through UK telco EE.

Fahy explained the offering filled a gap in the market to reach younger and new audiences and nourish them into the MTV family.

He added: “Linear is still very healthy and we see a big future for it still.”

Bound for BritBox
Confirming rumours at the end of last month, the BBC and ITV announced it will launch a new streaming service for UK audiences, more than ten years after a similar project was pitched and subsequently blocked.

Amid discussing the shape of the TV ecosystem for the next generation, Fahy confirmed Viacom’s interest in joining forces with the BBC and ITV to participate in BritBox.

Fahy told delegates the company is “very supportive” of the on-demand concept and suggested the success of its own Channel 5 content was well positioned to contribute to the offering.

He added: “The UK has a huge appetite and Channel 5 produces a lot of great programmes.

“We are talking to ITV about it,” he said: “There are different views about the need for it.”

However, a single offering “takes a lot of friction out” of the content discovery process and user experience for audiences.

Fahy said: “There is a segment for some of the great British programming to come together in a frictionless on-demand environment that complements Netflix and Amazon Prime.”

Fahy said Viacom’s business strategy is driven by three key areas, which include interacting with its core audiences and their needs, identifying the tangible benefits for its core partners and the ongoing requirement for brand innovation.

“Consumption trends in the 16 to 34 audience is watching less broadcasting VOD and watching a lot more non-broadcast VOD,” Fahy explained, “That group is mobile focussed and if you look at the consumption of video on mobile it is almost all non-broadcast VOD.”

Breaking down viewing habits by age groups, Fahy said: “You see some interesting characteristics… for 14 to 16-year-olds, they’re almost consuming no linear and their route into our channel and TV is non-linear.”

He said the business had to ask: ”If we don’t do this, where is our audience in the next five years, or 10 years or 15 years?”

Acknowledging MTV had audiences they ”needed to reach,” he added: “There are a number of benefits for our platform partners and the primary benefits was that MTV needs to reach into this audience and needs to get to the younger and price sensitive audience.”